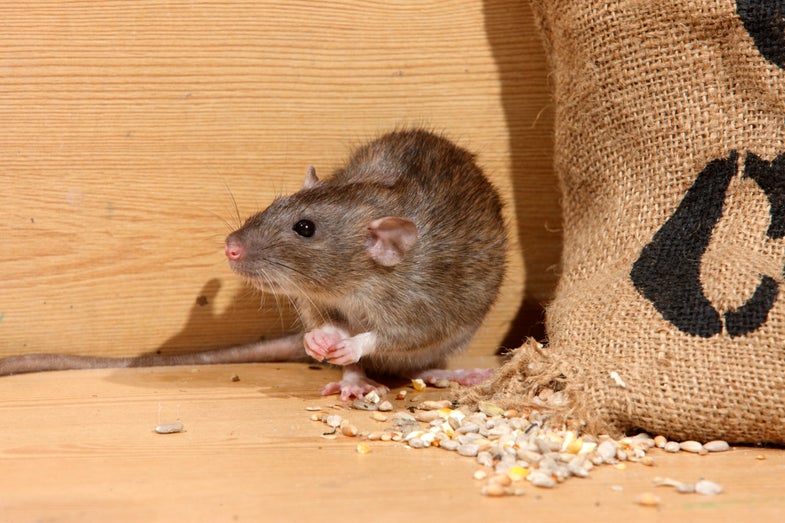 Since the late 1700s, Norwegian rats have haunted New York City’s alleys, parks, and basements. They came on ships from France and England, and then they never left.

Matthew Combs, a graduate student at Fordham University, didn’t just want to learn about the history of those rats. He also investigated how their families move around the city, and found that certain areas had more genetic diversity. The Lower East side and East Harlem had more movement of genes between rats, while Midtown (especially west) had less. The residential areas of the city provide better homes for the rats than the more touristy areas. Better habitats mean more rat babies, which leads to the more frequent DNA mutations that Combs measured.

The Norwegian rat, or brown rat, paradoxically originated in Asia, then spread through the Middle East to Europe and Africa. Combs found that a population from England or France made their way to New York City sometime between 1750 and 1770. Even after the U.S. started to trade with Asia and Africa, other rodent species were unable to gain a foothold.

Robert Corrigan, an urban rodentologist and consultant to the city, says he was most relieved to learn that new kinds of rodents aren’t still arriving on ships. “There was always a question if we should worry about the ports,” he says. “There may be some arriving, but they’re not able to fight their way in here and establish a new genetic peg.” Corrigan says that the results of Combs’s study allow the city to better allocate resources. The De Blasio administration dedicated $32 million to reduce rat activity by up to 70 percent in the three most infested areas of the city. But Corrigan says that won’t be enough. “My experience is that we rarely give these local populations a knockout punch,” he says. “We’re really good at getting 70 percent eradication. Everyone feels good because that feels simple. But the population dynamics of this species shows that you’ve got to get 90 percent education.”

Combs now has a deep understanding of the rat problem in New York City. He and his army of undergraduates walked across the entire island of Manhattan beginning at the northern tip, leaving traps. They collected the dead rats and chopped off a piece of their tails, the most convenient sample for genetic analysis. “It’s a useful piece of tissue,” says Combs. “We also could have taken an organ or a toe.”

Urban fieldwork is not always easy. Combs said that sometimes people would steal traps, but he enjoyed the opportunity to ask for tips about where the best rat collection spots are. “Almost every time you say you’re studying rats to someone in New York City, they have stories for you,” he says.

Now that Combs has figured out that the ancestors of the NYC’s modern rats arrived on a boat at about the same time as Alexander Hamilton, he wants to know why. A combination of rat and human behavior probably comes into play. “Rats are territorial. But that’s not necessarily the whole story,” he says. “It also might be that trade doesn’t happen in New York City any more.” He wants to investigate genetic ports in New Jersey and other areas of the country to compare results. Corrigan says he is excited to see the future of the research. “Let me tell you something about the rats on the Upper West Side,” he says. “They would probably have some secrets for us. Because they’re all related, and they go way, way back.”