The Life Cycle Of Ideas

How scientific concepts rise and fall 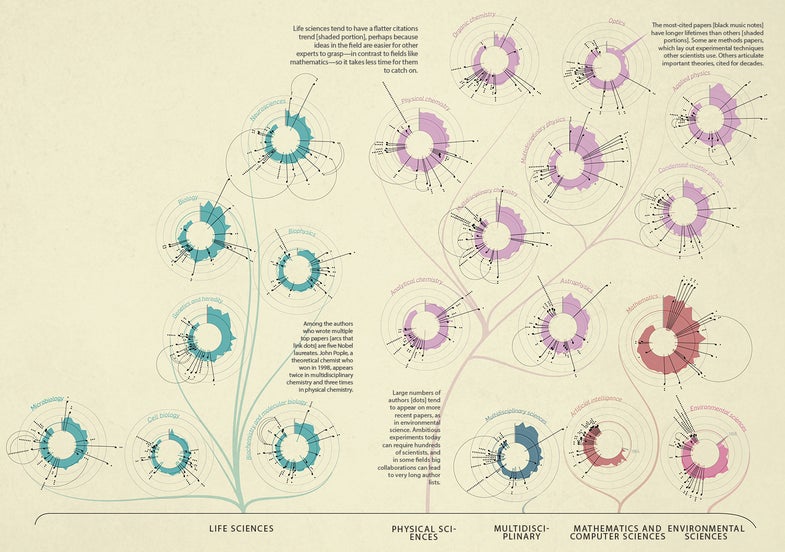 Every scientific idea has its day. Theories are born and experiments are designed; results are put to the test, then disproved or accepted as canon. As scientists discuss an idea, they cite the paper that proposed it in their own work. Then, as the conversation moves on, references to the paper drop off. The rise and fall of citations serves to measure the lifespan of a paper’s underlying ideas. Popular Science visualized that pattern across disciplines. Generally, citations peak more quickly today than they did 50 years ago. According to Jevin West, an information scientist at the University of Washington, that trend could be because there are more scientists tackling problems, or because technology has connected them better, accelerating the conversation.