Catching Your Past Life Murderer

There’s a meme going around social media at the moment, instructing you to go to Google (not Bing. Never Bing.)... 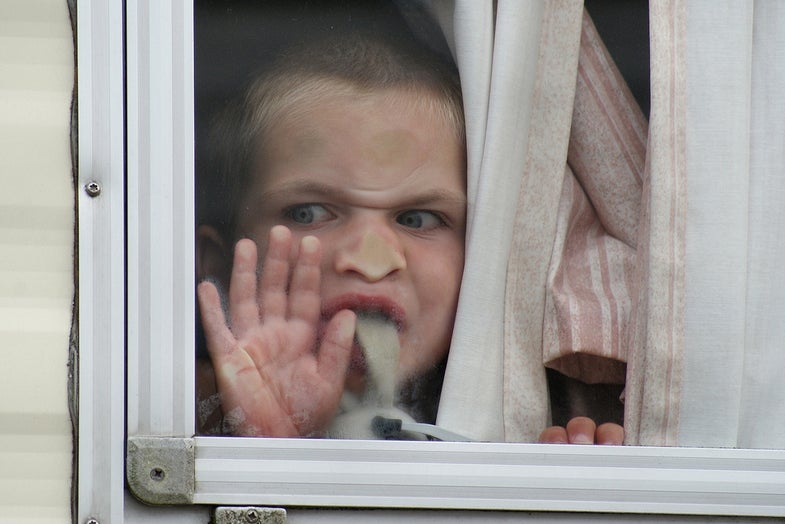 There’s a meme going around social media at the moment, instructing you to go to Google (not Bing. Never Bing.) and type in your birthday like so: “Died on 18 October 1980.” The first Wikipedia result is the person you were in a past life. I, for example, was Hans Ehard, the German lawyer who prosecuted Hitler in 1924.

It’s a fun game that most people probably don’t take seriously, but it does betray a certain quirk of the people who do believe in past lives: all past lives are interesting. Everyone was Napoleon, or Ginger Rogers, or Jesus*. No one was a dormouse butcher in Ancient Rome or a dishwasher in 1957 Biloxi. It stands to reason that if you’re not famous, or if you at least don’t have a Wikipedia page, this is probably going to be your last life. I’m so sorry.

Researchers have yet to find any conclusive proof that reincarnation is a viable alternative to plain old death, as the only evidence seems to come from people with less-than-convincing stories of their previous lives. The stories that seem to gain the most believers are those of very young children who seemingly would have no way to have studied the life of someone who died before them but who give details about those lives that are suspiciously accurate.

For instance, a few years ago the venerable science journal The Daily Mail published a case study of a boy who at the age of two began having nightmares of dying in a plane crash. These nightmares persisted for years, encouraging the parents to concoct a reasonable story of the child being the reincarnation of a World War II pilot. On a sidenote, the best part of the article is definitely the photo of the boy sitting in an airplane toy smiling, with a caption reading, “James Leininger, pictured aged four had nightmares about being a WWII pilot who died after his plane crashed into the ocean.”

The parents insist that little James named the model of plane he flew in his previous life, and even the name of the aircraft carrier it took off from. Also, he hated the Japanese with a passion.

Unfortunately, these details have never been verified by anyone with a skeptical eye. The parents’ first stop was Carol Bowman, a reincarnation enthusiast who coached the family to explore James’s past life.

A similar story is now making the rounds, with headlines proclaiming that the proof for reincarnation has finally been found in a 3-year old boy near the Syrian/Israeli border. The boy is part of the Druze community, a religious group that believes very strongly in reincarnation. In this case, the boy is said to have known he was murdered in a past life, and he supposedly led authorities to “his” skeletal remains and even identified his murderer, who confessed.

I have to admit, my first thought here was, “Was I murdered in a past life?” My second thought was, “Would I really care about catching my killer?” After all, what’s done is done, and there’s so much to watch on Netflix. I did put forth the effort, though, and I changed my Google search to “MURDERED 18 October 1980.” The first result was this conspiracy theory claiming that Ronald Reagan had a deal with Iran so that they wouldn’t release hostages until after he won the presidential election. A part of me was disappointed, but another part of me was relieved that I could go back to finishing season 6 of 24 rather than embarking on a 34-year old murder investigation.

Anyway, the details of the Druze boy’s reincarnation are all quite convincing, so I was hoping to find local first-hand news reports detailing the events of this incredible story. Unfortnately, all I found was that the story was recounted in a book published 14 years ago called, “Children Who Have Lived Before: Reincarnation Today” by Trutz Hardo.

Hardo is cited as a “German therapist” in the article I link to above, but a bit of research suggests that he’s so much more than that. For a start, he’s a far-right anti-semite who believed that the Jews murdered in the Holocaust had it coming because they were sinners in a past life. It’s difficult to tell since most media about him is in German, but I get the idea that he’s a horrible, horrible person who somehow continues to get himself the occasional bit of press.

So why are we just now seeing this bigot’s 14-year old tall tale making the rounds? It appears that the story was recently referenced by the Epoch Times (note how often the articles about this story include a stock photo of a little white boy, having nothing else to go on). From there, it hit social media and took off.

Though we’ve never been able to verify a single case of reincarnation, it’s safe to say that these stories will continue making headlines as long as young children say bizarre, creepy things that credulous adults misinterpret. It’s somehow fitting that these literally unbelievable tales of life beyond death continue to be recycled again and again, like a poor soul just trying to reach nirvana but forced into yet another tired body. My only hope is that one day 100 years from now, someone on FutureBook Bings their birthdate and finds my Wikipedia page and I will, ironically, be reborn. At least for the 90 seconds it takes them to repost the meme and move on to something more fun.

*Fact: people who believe they were Jesus in a past life are the only ones who are consistently told they’re delusional.