On its second flyby, the spacecraft gathers more info about that first rock from the sun 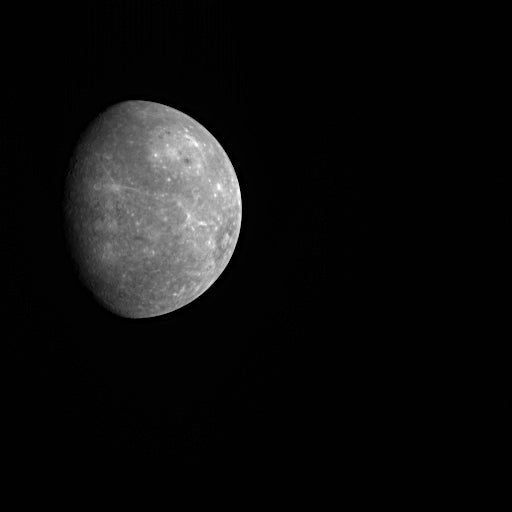 On Monday, for the second time this year, NASA’s Messenger spacecraft will fly by the hot, cratered surface of the planet Mercury. The craft will come within 125 miles to take pictures and gather data while it uses the gravitational pull of the little orb to keep it on the right track for it’s mission to eventually become the first thing to orbit Mercury in 2011.

Last time Messenger passed by Mercury, according to NASA, it took pictures of about 20 percent of the still mysterious surface. That close encounter showed that volcanoes spilled out rock to create many of the planet’s flat plains, and that its magnetic field seems to be produced by a core of molten iron.

On this mission, another 30 percent of the surface, including the side of the planet that scientists have not yet seen, will be mapped in 1,200 high-resolution color images. Other data will also be collected, measuring the planet’s topographic bumpiness, which scientists will compare to the images of the surface.

In three years when it has reached its orbit, after the next half of its five billion mile journey, one important task for Messenger will be to determine the composition of the planet’s surface. On this flyby, the tools that are designed to measure that composition—a bunch of spectrometers—will be tested, and used to enhance the photos and other measurements.

Mercury is the smallest planet in the solar system, and has the greatest temperature fluctuations. It circles the sun rapidly, every 88 days, but rotates slowly: once every six Earth-months. It has only been visited a few times and in many ways it is still a mystery to scientists. This close passing will hopefully reveal a few more of the planet’s secrets.