The Month In Plagues: Measles In Disneyland, Guinea Worm Eradication, And More

Your monthly roundup of infestations, contagions, and controls from around the web: In outbreak news A measles outbreak at Disneyland... 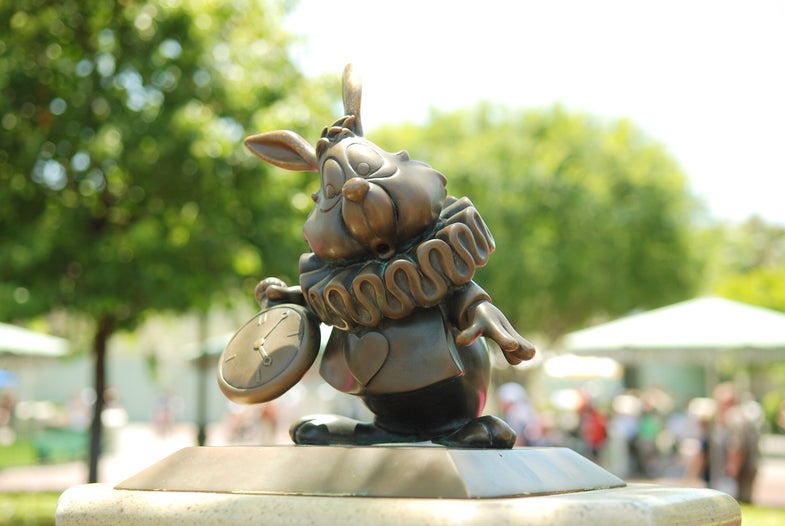 A measles outbreak at Disneyland has now infected a reported 100 people in several US states—mostly California—as well as in Mexico. Some experts say the spread is directly related to the anti-vaccine movement, although others point out that it’s a little more complicated. And Vox has a great piece explaining the nuances of recent measles outbreaks across the U.S.

Meanwhile, Ebola cases are thankfully dropping in West Africa. Earlier this month, Thomas Frieden, the director of the Centers for Disease Control and Prevention, said he expected the outbreak to be brought under control, although recovery will be difficult for the affected countries. And the World Health Organization announced that it would reexamine its approach for future outbreaks, partly in response to criticism that it was too slow to act on the Ebola crisis.

And speaking of Ebola, Slate published a story earlier this month describing the “next Ebolas,” or the next zoonotic viruses that could cause a human pandemic.

Scientists discovered a new class of antibiotics called teixobactin, which the researchers claim may be unusually impervious to bacterial resistance, although not everyone agrees this is possible. The researchers used a relatively new technique to find the antibiotic, which could lead to a new era of drug discovery.

Like many antibiotics before it, teixobactin comes from soil. Researchers at Rockefeller University in New York are now asking citizen scientists to send in soil samples from around the world, so that they may be tested for other new drugs.

And according to this story at NPR, taking prophylactic antibiotics to thwart traveler’s diarrhea may actually help spread antibiotic-resistant bugs.

The flu shot was woefully ineffective this year, at just 23 percent. Vox explains why it’s still a good idea to get it anyway—a little protection is better than none.

Speaking of the flu vaccine, researchers are trying to develop one that is more universally effective against different strains of the virus, and the Smithsonian has an update on the progress.

Quartz reports that vaccinating kids in poor countries is getting increasingly expensive—the cost is 70 times higher than it was in 2001.

And The Atlantic has a neat story about historical pro-vaccine fashion.

We have a new GMO potato, but as Dan Charles at NPR asks: Will anyone buy it?

Modern Farmer has a story about pigs that could be genetically engineered to avoid “taint,” an unsavory feature of meat that comes from an intact boar (an engineered boar could avoid painful castration). Although such a project is unlikely to get much traction, let alone bring a GMO pig to market, the story brings up intriguing philosophical questions about the possibility of GMOs focused on animal welfare.

And researchers led by a team at Harvard Medical School have developed a GMO bacterium with a genetic code that is not found in nature—it requires a synthetic amino acid to survive. The technology could point to a way to contain GMOs in the environment.

Ever wonder what would happen if all the world’s parasites disappeared overnight? Wonder no more–BBC Earth has you covered. (Spoiler alert: It wouldn’t be as great as you’d think.)

Researchers are considering releasing genetically engineered mosquitoes in Florida to combat tropical diseases including dengue and Chikungunya. Christie Wilcox has a long post at Discover explaining why relevant headlines are overblown or flat-out wrong. And Helen Thompson has a story at Smithsonian that explains why this may be a bad idea.

Bad news for mosquito nets, at least in some contexts. The Verge has a good story describing how nets dipped in insecticides may be driving insecticide-resistance in mosquitoes. Meanwhile, the New York Times has a disturbing account of insecticide-treated mosquito nets being used to catch fish, which may harm fragile fisheries as well as aquatic ecosystems.

And some good news: We may soon eradicate the Guinea worm, which would be the second disease to ever be totally wiped from humans.