Break In Transmission: How Nigeria Took Control Of Ebola

After an intense struggle to stop the spread of infection, Nigeria hasn't seen an Ebola case in six weeks. 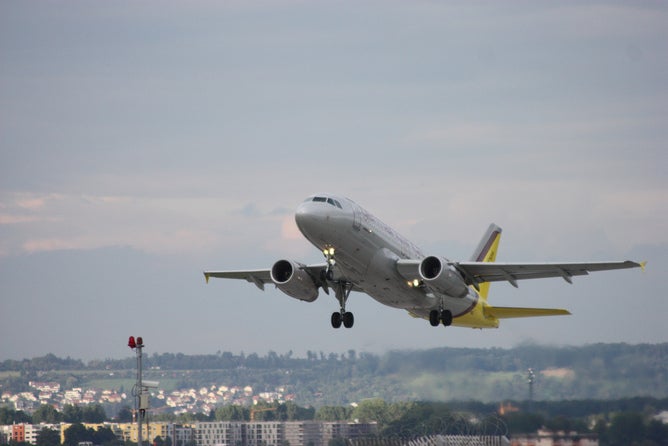 The World Health Organization has declared Nigeria to be free of the Ebola virus, after six weeks with no new cases being detected.

Speaking from the capital, Abuja, WHO representative Rui Gama Vaz told reporters this was a “spectacular success story.” The WHO is able to declare a country free of infection if 21 days pass with no new cases, and the most recent case declared in Nigeria was on September 5, according to the BBC.

The scale of the ongoing outbreak of Ebola virus in western Africa has taken healthcare workers, scientists, policy makers, in fact everyone, by surprise. Prior to this outbreak the largest number of human cases in a single outbreak was just over 400. In this outbreak it is now more than 9,000.

The identification of Thomas Duncan, the first person diagnosed in the US, who later died, and Teresa Romero Ramos, the Spanish nurse who became the first human-to-human transmission of the virus outside of Africa, has raised questions about whether the virus can be contained in countries outside of Africa.

Ebola virus is a disease of contact, it is transferred from person-to-person by the exchange of bodily fluids (blood, feces and vomit) from someone who is showing symptoms. And it is likely there will be further cases of Ebola virus imported via infected individuals traveling back from west Africa. A recent study suggested there was a 25-70% chance of the virus reaching France by the end of October and between 15-25% for the UK in the same timeframe. Other research in September said that there was a only 10% chance of a case being identified in the US that month. A day later Duncan presented to his local hospital.

The global network of flights certainly make it more likely that further cases will be imported to countries additional to those already affected. However, given the heightened awareness, and the time these countries have had to prepare for this scenario – and stronger public health infrastructures – they are more likely to be able to limit the transmission of the virus.

There has been lots of discussion about why this outbreak is so much larger than previously. Some of the reasons suggested are: that there has only been one previously documented case of human infection with Ebola virus in West Africa (the virus has primarily caused human infections in central and eastern Africa) so healthcare workers in this region had little previous experience in dealing with Ebola virus outbreaks; there was a delayed response by the local and international public health agencies; and poor existing healthcare infrastructure due to civil war or lack of investment; and the list can go on.

All outbreaks prior to this one in West Africa have been controlled through the implementation and strict maintenance of basic public health strategies – early diagnosis and isolation of infected individuals, provision of appropriate protective equipment for medical staff, contact tracing and education and awareness campaigns targeting the local population. But in the case of the current outbreak, the virus was able to spread in the highly dense and mobile population before these interventions could be put in place.

If you can break the transmission you can control the outbreak. These measures have already proved successful. An infected Liberian man who travelled to Nigeria imported the virus, which spread to a further 19 individuals within the country but was quickly contained due to the implementation of the strategies above. In part this was possibly thanks to an existing healthcare surveillance infrastructure in place in Nigeria that is used to monitor for cases of polio. These facilities and personnel were successfully mobilized to limit the spread of Ebola virus. Nigeria has not seen any new cases since August 31 and will be declared “Ebola free” on October 12 if no further cases are detected.

Given the scale of this outbreak, it is likely that further measures will be needed, such as the use of experimental treatments and the fast-tracked development of vaccines and therapeutic drugs, as senior experts concluded at a meeting convened by the World Health Organization in Geneva at the start of September. It is anticipated there could be a limited roll out of vaccine and drugs to healthcare workers in the region by the start of 2015.

The other issue that has been at the forefront of peoples’ minds is whether the virus could mutate to become airborne. The honest answer is this is highly unlikely but we can not rule it out.

A recent report in the scientific journal Science identified that there have been changes to the virus’ genetic code during this outbreak but this is only to be expected due to the nature in which the virus replicates. There is no evidence that these mutations have led to the virus becoming airborne. If we look for examples of better studied viruses that mutate, such as influenza and human immunodeficiency virus, we have known about these viruses for a long time and monitored the accumulation of mutations within their genomes.

While the rate of mutations has been prolific these viruses have not changed the mechanism by which they are transmitted. In fact, there is no evidence any virus has changed its mode of transmission due to naturally occurring mutations in their genomes.

Edward Wright does not work for, consult to, own shares in or receive funding from any company or organization that would benefit from this article, and has no relevant affiliations.