China’s showing off its new helicopters

A peek into the China Helicopter Expo. 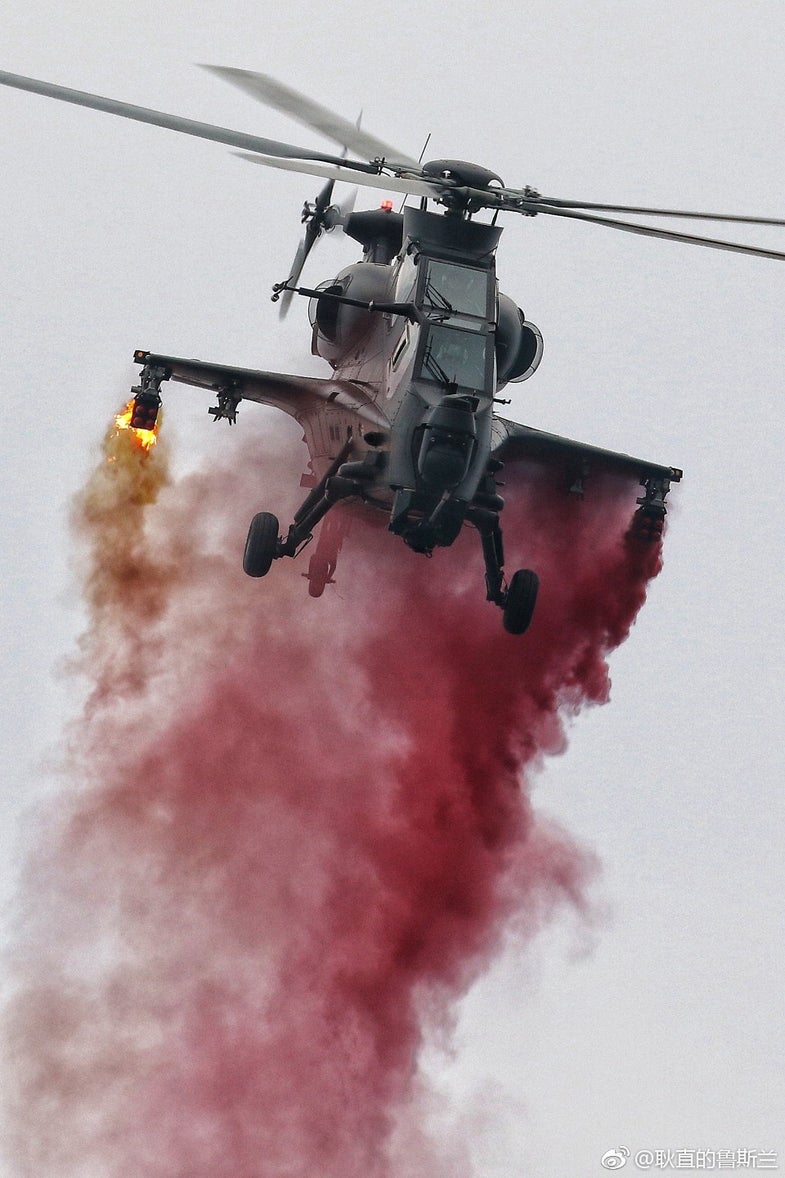 At the 4th China Helicopter Exposition, an airshow in Tianjin, the nation flaunted its latest in aviation tech. Here are the highlights: 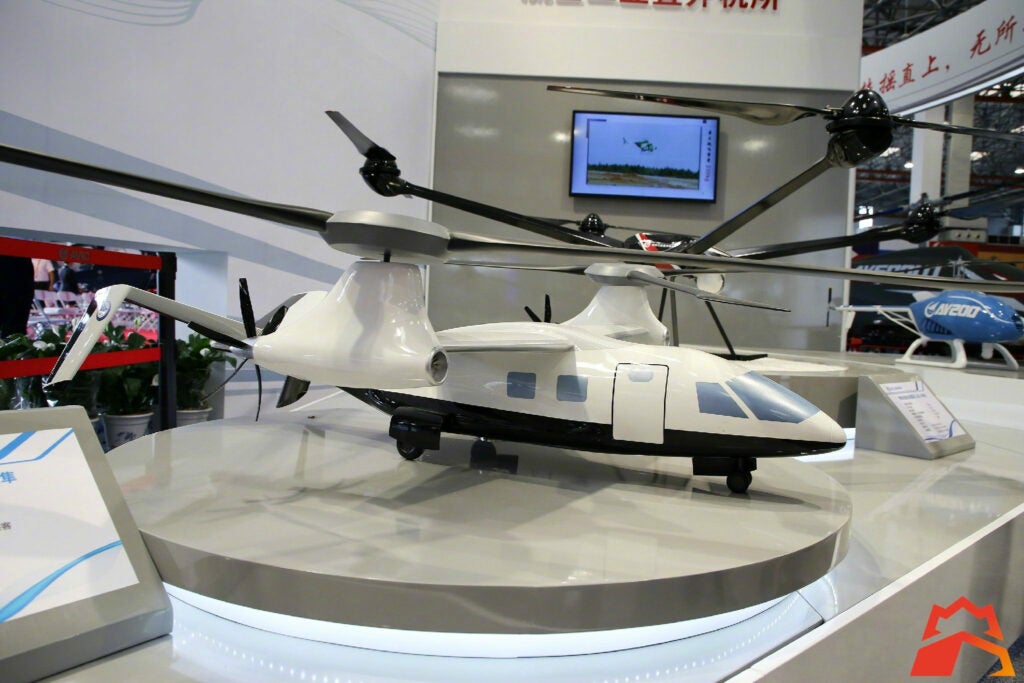 Of particular note was a high-speed aircraft with a 5.5-ton dual-rotor compound set-up. It’s got the narrow fuselage of a conventional helicopter but with two long wings, each with a three-blade rotor on top horizontally aligned turboprop engine below. While the rotor/turboprop combination may be heavier than the tiltorotor found on the U.S.-made MV-22, it is expected to be less expensive to maintain.

It’s arguably China’s first baby step in the world of high-speed helicopters. It has a payload of only 7 people or 1,500 pounds, but an impressive top speed of about 200mph, and a range of over 620 miles. 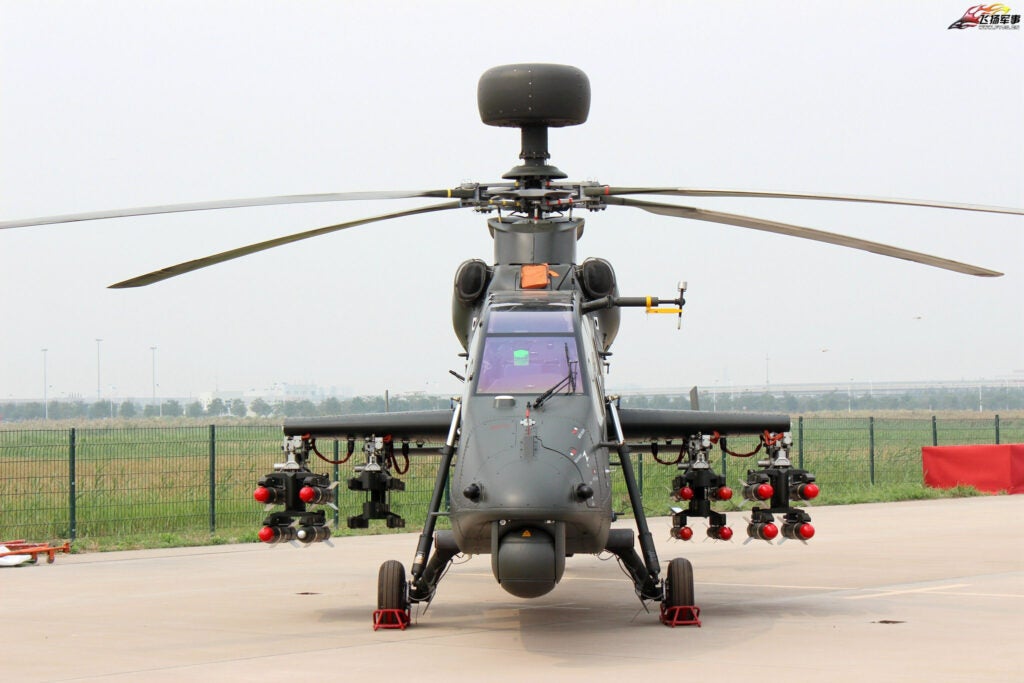 The Z-19 is now fitted with an array radar mast to attack enemy tanks from beyond the line of sight.

Z-19A, the attack/scout helicopter built by the Harbin Aviation Industrial Group, made its public debut, showing off a mast-mounted, electronically scanned array radar above its primary rotor. Similar to the An/APG-78 Longbow radar on the American AH-64D Apache, the ESA radar, which operates in the millimeter band, has high enough resolution to identify enemy tanks and other vehicles. This will allow the Z-19 to hide behind an obstacle, with only the mast mounted radar exposed, and stealthily attack enemy tanks with fire. 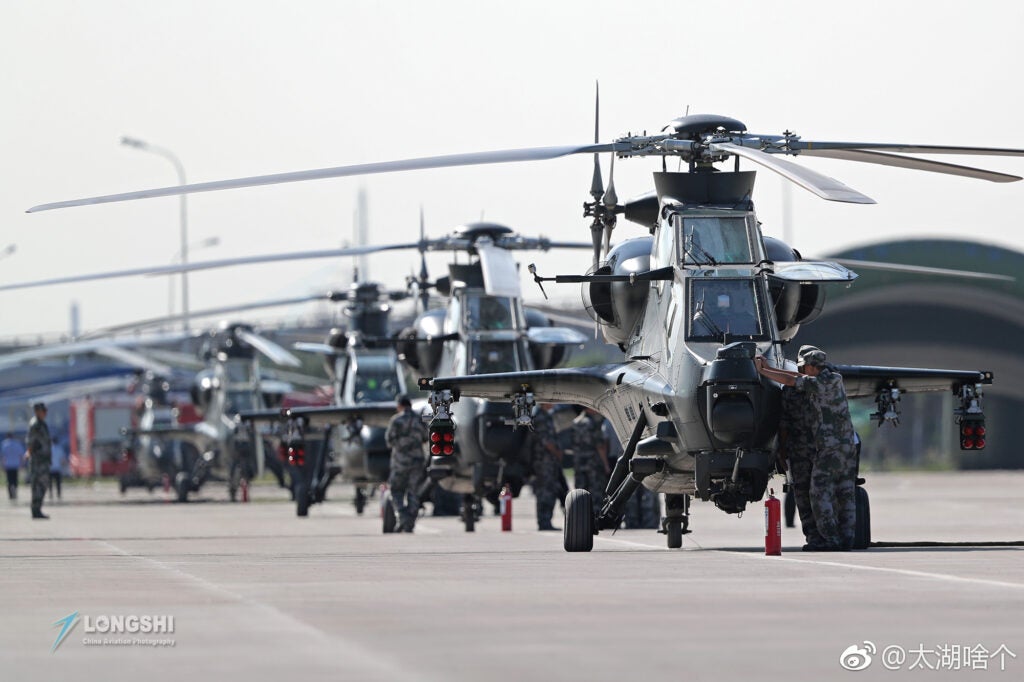 A Chorus Line of Attack Helicopters

Z-10s line up for fueling and preflight checkups.

China’s other attack helicopter, the heavier Z-10, is being fitted with twin turboshaft engines, an improvement over its current 1000kW WZ-9 engines. This new Z-10 variant, the Z-10ME, will also feature heavier armor and improved electrical systems.

Also revealed: the 1600kW WZ-10 turboshaft engine, which will be used to power the Z-20 medium utility helicopter. The Z-20 will compete to replace the S-70 Blackhawk, Ka-27, and Mi-171 helicopters in the transport, search and rescue, and anti-submarine roles. 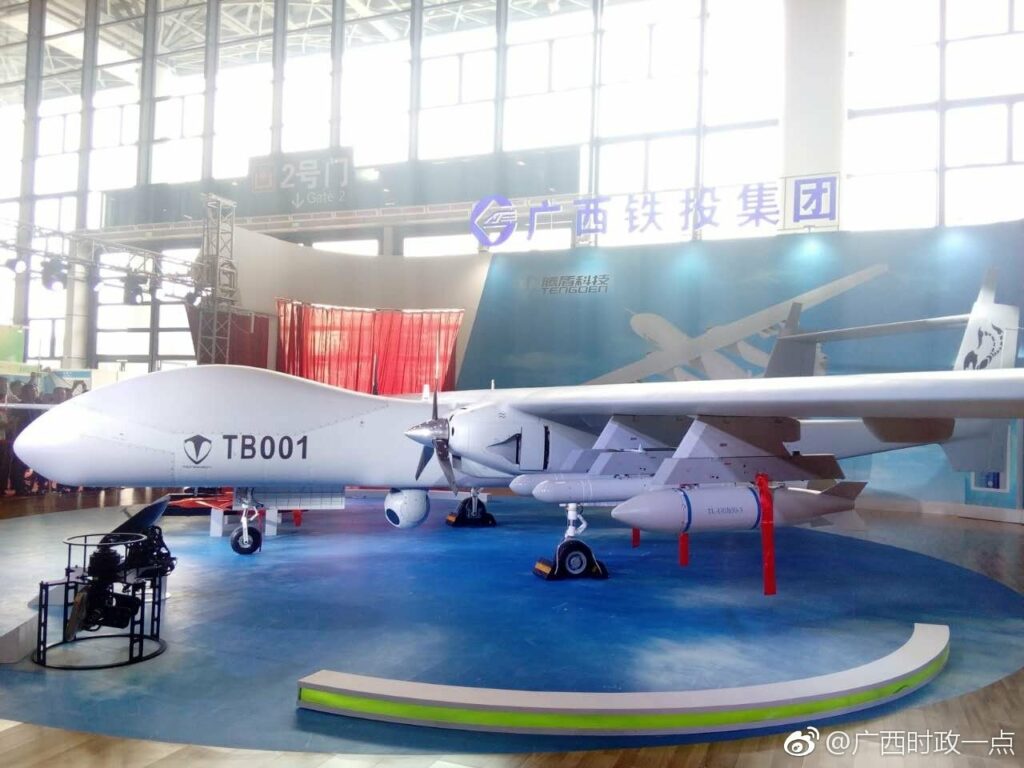 Other projects were still in their miniature model forms. For example, a new Chinese attack drone, the 2.8-ton Tengoen TB-001, made its debut. Armed with glide bombs, anti-tank missiles, and laser-guided munitions, it has enough fuel for 35 hours of operations. With satellite communications, it can be operated up to 1,860 miles away from the ground control station. 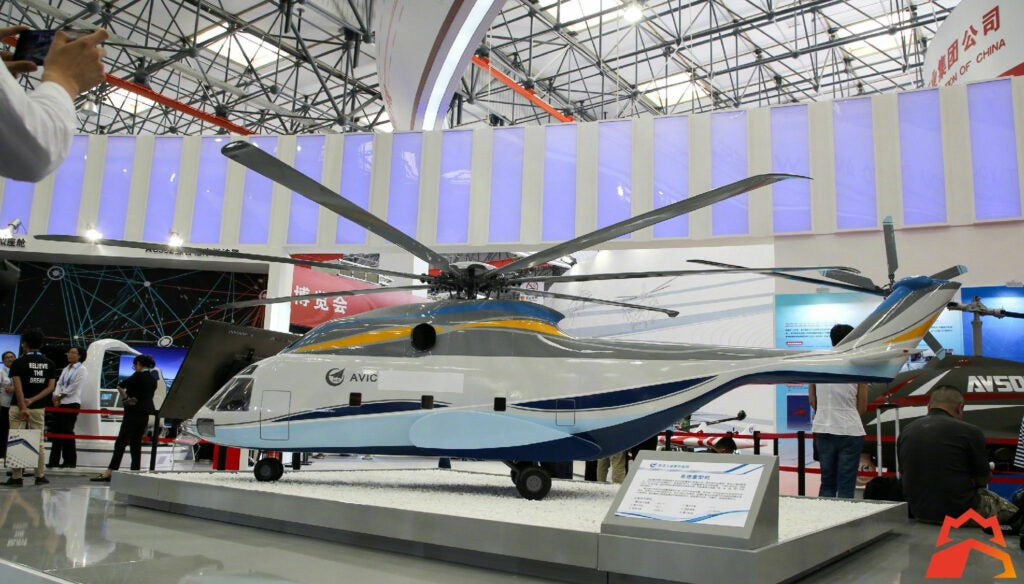 The Sino-Russian answer to the US CH-53K King Stallion, the Mi-46 can carry an impressive 15 tons of payload 500 miles away.

And, finally, attendees could spot the aerospace efforts of a China-Russia partnership. The Mi-46 heavy-lift transport helicopter, which made an appearance at the exposition, has a maximum takeoff weight of 38.7 tons, a 15-ton external payload, and a range of about 500 miles. This puts its capabilities roughly in line with the U.S. Marine Corps’ CH-53K King Stallion heavy-lift helicopter. Chinese forces would use the Mi46 for combat and supply operations at high altitudes, as well as long-distance amphibious assault operations and for battlefield supply and transport missions. It’s also the right size to be based on the future Type 075 landing helicopter dock warship, which will be deployed for both humanitarian and combat operations at sea.