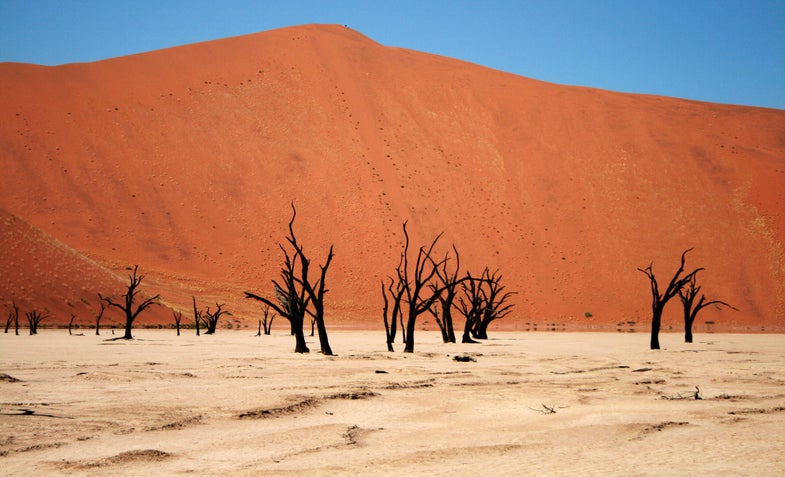 Things are heating up. With climates around the world still changing, deadly heat waves are becoming more common, especially in places like the Middle East which are already struggling with scorching summers. And the forecast isn’t looking all that cool for other places either.

In a paper published in Climatic Change researchers found that heat waves that currently occur only once every 20 years could occur every year in the near future. And these aren’t isolated incidents. The study predicts that by 2075, 60 percent of the land surface on the Earth could experience these dramatic events.

The researchers also found that those extreme heat waves were more likely to be even hotter than those experienced in the present, with heat waves across 60 percent of the land surface having temperatures 5.4 degrees Fahrenheit warmer than heat waves now.

Though that might not seem like much, even a few degrees can mean the difference between life and death for vulnerable populations. Heat stress is a dangerous thing, and can prove fatal to the very young, the elderly, and people already suffering from illnesses. Heat waves are typically most deadly for the impoverished, especially those who don’t have access to the respite offered by cooling facilities, electricity, or air conditioning.

Luckily, this isn’t our only possible future. The researchers point out that if we manage to cut greenhouse gases dramatically, emitting less heat-trapping carbon dioxide into the atmosphere, we can reduce the frequency of these events.

“The study shows that aggressive cuts in greenhouse gas emissions will translate into sizable benefits starting in the middle of the century for both the number and intensity of extreme heat events,” study author Claudia Tebaldi said. “Even though heat waves are on the rise, we still have time to avoid a large portion of the impacts.”