No need to wonder about wanderers 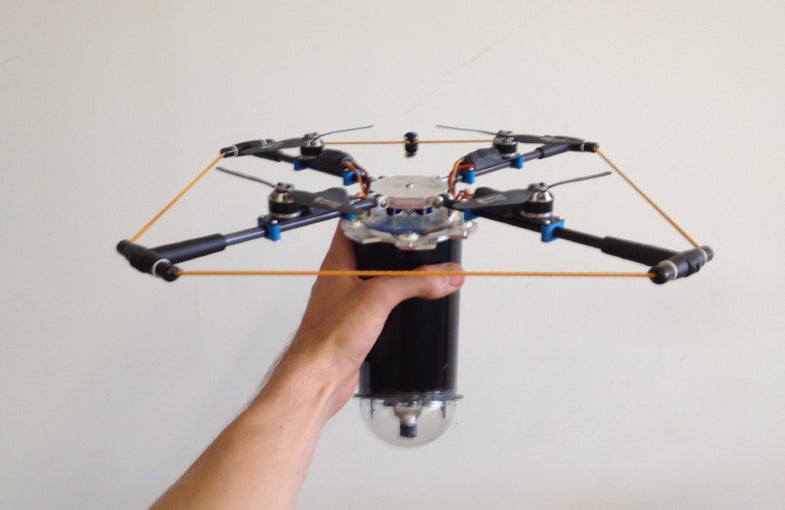 Woods are good at hiding people. That’s great for those who don’t want to be found, but for hikers that fall off the beaten path or otherwise find themselves lost, the impenetrability of forests hinders rescue efforts. A new drone, created by Canadian engineer Stefan Weissenberg, wants to help rescue workers find people lost in the woods quickly.

The pilot tosses the cylindrical Sentry drone into the air and then takes control. Video from the drone’s HD camera is fed live to screens for a second person to watch. The drone can optionally carry an infrared camera, which is good for finding warm bodies hidden amidst cold nature. The drone folds up into a compact cylinder, thought not in a way as aesthetically pleasing as some other foldaway quadcopter designs. It weighs just barely more than two pounds. With a flight time of 15 minutes, it’s useful for scanning an area, but not the kind of drone that can conduct day-long searches on its own.

Built by Weissenberg’s Riderless Technologies, the Sentry with infrared camera is priced at about $5,000 Canadian. Buyers can also pay in Bitcoin. There are other drones in a similar price range that offer infrared capability, though they tend to be less rugged or compact.

Recently, Riderless Technologies teamed with Kaslo Search and Rescue to test the drone in a search for a dummy. The video is delightfully Canadian, from accents to diligently following safety best practices at the end. Watch below: