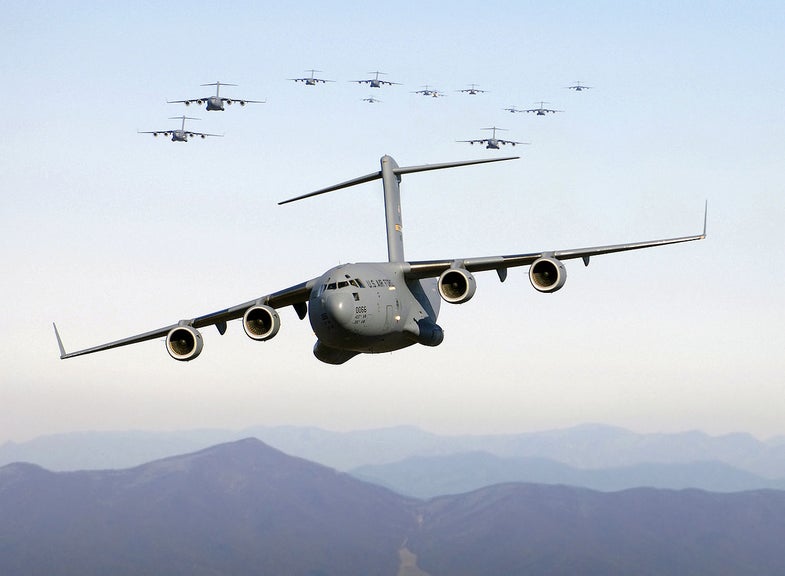 Boeing’s C-17 Globemaster III isn’t a particularly sexy airplane. The long-haul cargo jet can fly over 6,000 miles without refueling, taking tanks, troops, and cargo from America to airfields far away. It’s a big, powerful truck of a plane, whose role in fighting wars is a lot more important than some other, flashier designs, but it’s not a design anyone puts at the top of their list for what to steal. Until they do. Yesterday, the U.S. Justice Department said Su Bin, a Chinese national in arrested in Canada in 2014, plead guilty to “conspiring to hack and steal” plans for the C017 Globemaster, as well as other sensitive American military jets.

Besides the Globemaster, Su was apparently also seeking information on America’s top-of-the-line F-22 stealth fighter, and its stealthy expensive simmering multi-role dumpster fire, the F-35. The hacks took place in 2009, and fit into a long-running pattern of Chinese attempts to use hackers to steal the details of American technology.

The Justice Department detailed how the theft worked.

This plea comes amidst a flurry of activity from the Justice Department, who today also linked 7 Iranian hackers to an attempted attack on an American dam. Fortunately, the dam the hackers picked was small, and its controls so out of date that the hackers were unable to take control of them.