Scientists found a ‘new organ,’ but it might not be what you’re expecting

The interstitium helps hold our organs together, but it might do more than that. 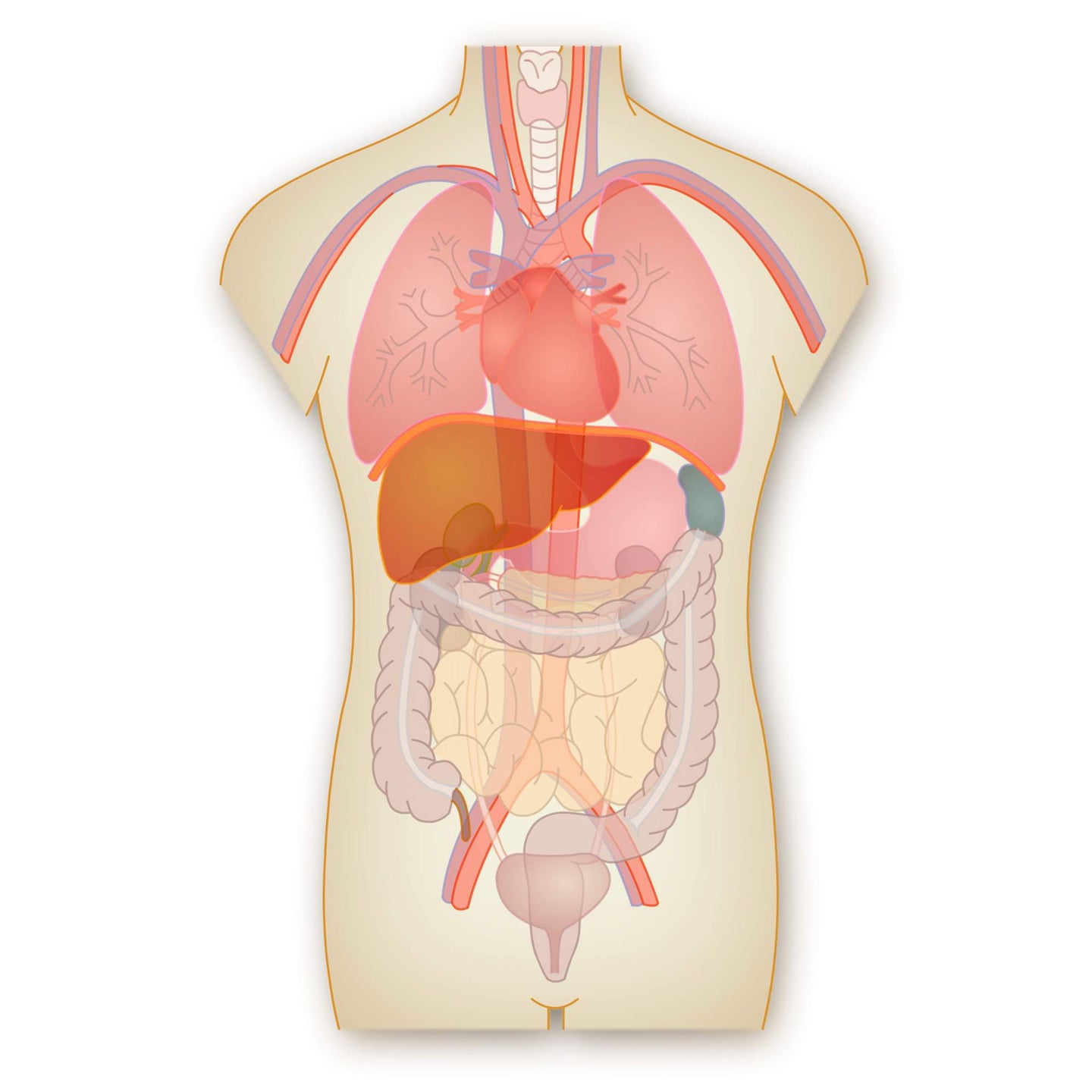 The interstitium, a layer of tissue around our organs, has always been in the human body. Some scientists say it should be considered its own organ.
SHARE

The human body is incredibly complicated, and it’s no surprise that we haven’t cracked every code that makes our fleshy forms run smoothly. Researchers are constantly finding new mechanisms by which our immune systems work, our cells function, and our muscles move. But far less often—if ever—do we hear that scientists have identified a new organ.

But in a report out last week in the journal Scientific Reports, doctors identified what they think could be a previously unrecognized organ. The structure is a network of tissues which is found throughout the body, wrapping around the entire digestive tract,the lungs, and every artery and vein. The medical researchers dubbed the network the interstitium, and they argue should be deemed its own organ. Whether it will make the cut as a stand alone organ will depend on future research that further studies its composition and functionality. (Adding a new organ to the books takes far more research than one study.) Regardless of its final status, though, the newly discovered structural formation may help doctors and other scientists better understand how diseases begin and spread.

Unlike a more solid, contained organ like the heart or the liver, the interstitium is a network of tissue that surrounds nearly every organ system in the body. Just as our skin hugs us on the outside, this tissue layer wraps around organs inside our bodies.

Previously, researchers thought the interstitium was simply a layer of connective tissue. Connective tissue is absolutely not anything new. We’ve known about it—and how it functions—for a long time. Connective tissue typically has very few cells and instead is mostly constructed of various cartilage and other fibers that together form a strong structure that holds your organs in place or to connect one bone to another, or a muscle to a bone.

But there was something different about this particular connective tissue. When researchers looked more closely, they saw that between the spread-out cells was a series of fluid-filled sacs. A series of strong but flexible tissue filled with functioning proteins connected all these sacs together. This, the researchers deemed wasn’t the same as other connective tissue found throughout the body and thus could be its own entity, which they dubbed the interstitium.

How did we not know about it before?

We’ve known about it before, sort of. Researchers knew that this type of tissue existed but, again, they assumed it was just a network of connective tissue.

Still, modern medicine has all sorts of imaging tools that let us peep inside the human body. MRIs and CT scans let us see our organs, like our liver, gallbladder, and even our brains in great detail. We can even see inside and around the outside of some of our organs using techniques like cardiac angiograms that use dye and an x-ray machine to image our coronary arteries, as well as endoscopies and colonoscopies to see inside our intestinal tract.

So, how’d we miss it? When we look at tissue samples under a microscope to diagnose diseases like cancer and others, pathologists prepare the slides by slicing them super thin and dying them various colors. This allows the pathologist to identify cell changes that may indicate various diseases. But in the process, it also removes all the fluid from the tissue sample. So, under a microscope, connective tissue and the distinct interstitium look identical.

When researchers took a closer look at this stuff without squishing it down, that’s when they identified the network of fluid-filled sacs that make it unique. The researchers were able to visualize this tissue without slicing it into super thin pieces by using something called confocal laser endomicroscopy; they use a low-powered laser and focus it on a specific area in the body, which is scanned both vertically and horizontally, creating a 3-D digital reconstruction of the body part.

What constitutes an organ, anyway?

We define an organ as something that is both self-contained and sufficient—and it performs a specific function. In this way, the researchers argue in the paper, the interstitium fits: Unlike regular ol’ connective tissue that kind of just sits there and connects and protects, the interstitium is a network of active proteins that work together.

What’s their specific function? The researchers think that the interstitium acts as a sort of shock absorber. It compresses and distends (like the lungs and even the intestines), but this change in size, they think, might be working to keep tissues in the body from tearing as other organs and muscles in the body move about.

Is it officially an organ?

Nope. This is the first report to come out that suggests it should be defined as such. To make it so, many more groups of researchers will have to show and agree on the same thing, that it works alone as its own entity for a specific purpose. If that happens, it will likely take a few years, at least. Just last year, there was another similar structural substance found to surround the digestive tract known as the mesentery. As of yet, it’s still not an official organ.

What is the point of making it an organ?

Identifying it as such could help direct research towards it, and put its functionality in a new light. In this paper, the researchers also say that it could help us figure out some mechanisms in the human body that are still not fully understood. For example, because this fluid-filled network extends throughout the entire body and is connected to every organ, the network might be an unidentified route that cancer cells travel: Leaving their organ of origin and metastasizing, as its called, to other areas and organ systems in the body. If we can understand how this process works, we might be able to stop or prevent it. In fact, as the researchers note, cancer is often only likely to spread outside its organ and into the lymph nodes when it does somehow get into dense connective tissue—a pathway that has been inscrutable to cancer researchers.

Because the interstitium contains fluid, the researchers also want to know whether they influence fluid balance in the body and how it contributes to conditions like edema, or swelling, which is seen in some types of heart failure, kidney disease, and other infectious diseases.

Understanding better how this system works may enable us to find new ways to treat or prevent all these diseases that we hadn’t thought about before. And that’s true regardless of whether we give it the status of organ or not.