WATCH: How far can these animals and objects move in 10 seconds?

It's the the 10-second marathon. 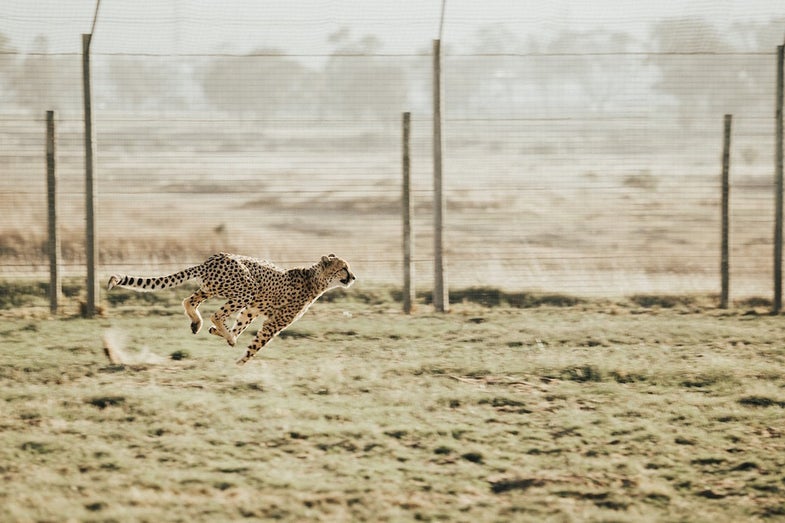 The concept of a time is meaningless, because any two organisms will experience it differently.

To a tortoise, which has a slow metabolism, a minute oozes along. To a hare, it whizzes past. But sometimes, in the chaos of all this relativity, it’s nice to just have fun. So: Popular Science presents: “The 10-Second Marathon.” How fast can your favorite animals and objects get in just 10 seconds?

And they’re off! Light takes an early lead, and it’s not even close, traveling over 1.86 million miles in the allotted time. Truly, light is the Usain Bolt of the universe. You might be thinking, “Isn’t Usain Bolt truly the Usain Bolt of the universe?” Though Bolt holds the record for fastest man in the world—he ran 100 meters in 9.58 seconds—light is still 28 million times quicker than him at his fastest. So, no, light wins this time.

In second place, it’s the International Space Station. This scientific lab orbits our planet at over 17,000 miles per hour, experiencing a sunrise every 90 minutes. It traverses 47.6 miles during the marathon—Earth’s only natural satellite, the Moon, moves an impressive 6.35 miles in that time.

And in third place, it’s that historic rocket, the moon-landing mission, Apollo 11. As it exited Earth’s atmosphere on July 16th, 1969, Apollo 11 sped along at a whopping 6,336 miles per hour, making it 17.6 miles during our marathon.

In the middle of the pack, traveling 2.11 miles, it’s sound. Though you can’t see it as it whizzed through the air, sound is much faster than any animal or nerve impulse. In fact, the world’s fastest animal, the cheetah, sprints just 0.169 miles in ten seconds.

And our final competitors in the ten second marathon, that old duo who always seem to be traveling together—the tortoise and the hare. The brown hare hopped 0.132 miles, and the world’s fastest tortoise, zooming by at less than one foot per second, manages a mere 0.0017 miles, or just under nine feet.

Slow and steady may win some races, but it wasn’t enough for Popular Science‘s ten second marathon.