How to watch a meteor shower like a pro

It doesn't take much to enjoy nature's fireworks. 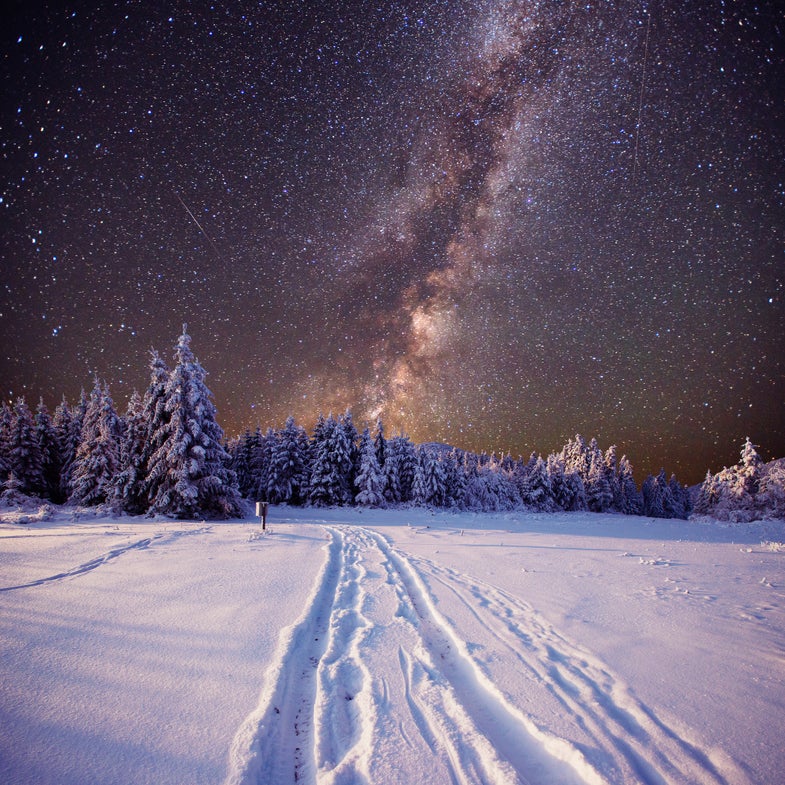 Yes, the Milky Way is the most noticeable part of this image, but there's a meteor there too. Deposit Photos
SHARE

A fragment of rock, ice, and metal travels through space along with other small bits of dust and debris, all excess weight shed by a comet as it made an ardent pilgrimage to the Sun.

Suddenly, the fragment gets a tug, pulled toward a new center. It rushes to its end, cruising through increasingly thick blankets of air until, overheated, it blazes brightly to life.

Did you see it? The traces a comet left behind? Watch carefully, because its companions are coming.

Meteor showers happen frequently, every time the Earth re-crosses a stream of cometary debris. The bright flashes of light don’t always hang heavy in the sky the way they do in pictures. They’re often quick, blink-and-they’re-gone lines easily mistaken for a star, an airplane, or a figment of your imagination. It takes patience to confirm with yourself that yes, you did really just see something from space fall through the sky. But then exhilaration takes over, as the shower reaches its peak and streak after streak light up the night.

The meteor shower will seem like it’s coming from one section of the sky, because the meteors are all headed the same direction when they encounter Earth. Major meteor showers are named after the constellations that they seem to come from (the Orionids for Orion, the Leonids for Leo, etc.)

November 17 and 18 mark the peak of the Leonids. And with a New Moon in the sky, this year is the perfect time to catch them.

We see many meteors from the @Space_Station but I was never able to get one on camera… this time I got lucky and filmed a #fireball, a very bright and fast meteoroid falling to #Earth at about 40km/s! Can you spot it? #VITAmission https://t.co/gbMuhPqbL8/ pic.twitter.com/YyZtUc22Oj

You don’t need any special equipment to watch a meteor shower, but there are some steps you can take to make sure you’ll enjoy watching nature’s fireworks.

And wanting to take a good photo for Instagram is no excuse to bring your way-too-bright phone to a viewing party. You know those shots are going to come out looking terrible anyway. If you’re interested in preserving your memories for the long haul. check out our guide for photographing a meteor shower here.