Microsoft’s Augmented Reality HoloLens Will Be Available In Early 2016 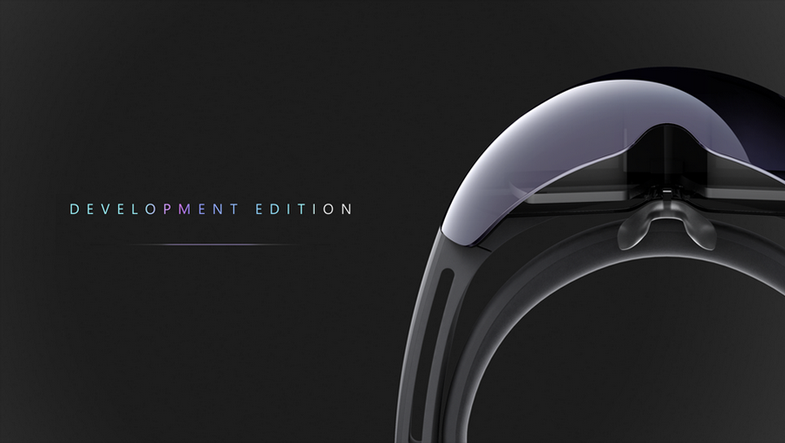 At the beginning of 2015, Microsoft showed off the HoloLens, an ambitious headset that displays digital images over the world around you, using a technology commonly referred to as augmented reality (or “mixed reality,” in Microsoft’s parlance). Today at a big press event in New York City, the company announced that HoloLens will be available in the first quarter of 2016 starting at a price of $3,000 — but only for software developers.

Most importantly, the new HoloLens shipping to developers early next year will be a stand-alone product, “fully untethered — no wires, no phones, no connection to a PC required,” according to Microsoft’s Terry Myerson, executive vice president of the Windows and Devices group within the company. That’s a huge improvement from Microsoft’s earlier prototypes of the device, which were connected to a nearby PC with cables and wires.

The company also showed off a “mixed reality” gaming demo on HoloLens called “Project X-Ray,” in which a player equipped with a virtual gauntlet projected on his hand fought off a horde of attacking robots that popped through a hole in the wall of a physical room.

Myerson said that the game used spatial recognition, allowing the enemy robot characters to take advantage of the surfaces of a specific room to use for their attacks. The game demo also included “spatial sound,” so that a player can hear the sounds of enemies as if they were really right there in the room.

The demo concluded with Myerson announcing that Microsoft had begun accepting applications from Windows developers for the HoloLens Development Kit. Myerson also highlighted several other companies and organizations that have already been working with Microsoft on HoloLens software, including NASA, Autodesk, and Case Western Reserve University.

Microsoft’s approach with the HoloLens, which allows you to see digital information displayed over your view of the world around you, is a marked difference from Facebook and Google. Both companies are working on virtual reality headsets that block the world around you, while immersing you in a completely virtual one.

However, Microsoft and Facebook are working together to support Facebook subsidiary Oculus’s VR headset, the Oculus Rift, which is also expected to ship in 2016 with a Microsoft Xbox controller. By supporting both augmented reality (in the form of HoloLens) and virtual reality (by backing Facebook’s Oculus), Microsoft is positioning itself to let people interact with computers in wildly different ways than the Windows PCs of yore.