Check out the demo video below 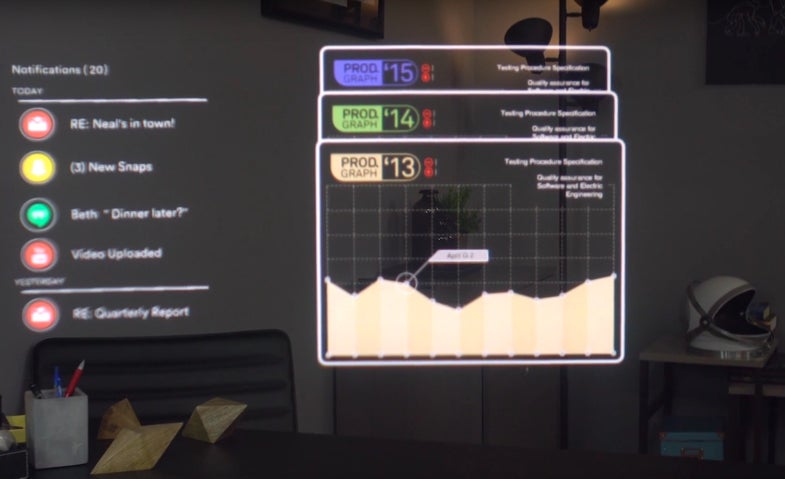 Magic Leap, the Google-backed company that has big ideas for virtual and augmented reality, has revealed a new video today. Magic Leap, not to be confused with the folks that make Leap Motion, has unveiled a video of footage from the eyes of their new device. While there’s no word on what the device is called or when we can expect it, what we do see is pretty freaking cool.

The video titled “A New Morning” shows a computing environment augmented onto the real world. You’re right in thinking this is similar to what we’ve seen from Microsoft in the past with videos for HoloLens. Both Microsoft’s headset and Magic Leap’s unnamed device make use of augmented reality to put virtual objects onto the actual world. Along with making you feel like Tony Stark or a character in Minority Report, AR has some uses that traditional desktops struggle with. Seeing an object in front of you on the table aids in helping you decide to purchase the item when online shopping or helping with troubleshooting a real world item.

But the early nature of the unnamed Magic Leap gadget also inspires comparisons to early videos we saw from Google with a different project: Google Glass. When the idea was first teased, a day in the life with Glass video pitted the search company’s interface on top of the real world–allowing users to view Maps, see prices when real-world shopping and see detailed weather when looking out the window. The difference here is that Magic Leap’s video is actual footage from the device, not a concept video mockup, according to Magic Leap at least.

Magic Leap has yet to confirm a release date for their HoloLens-like, augmented reality device. But with actual footage of the device’s interface in the wild, the AR computer developers’ concept may become reality.