Zuranolone could alleviate the specific type of depression that results from the changes in hormones and stress levels due to pregnancy. 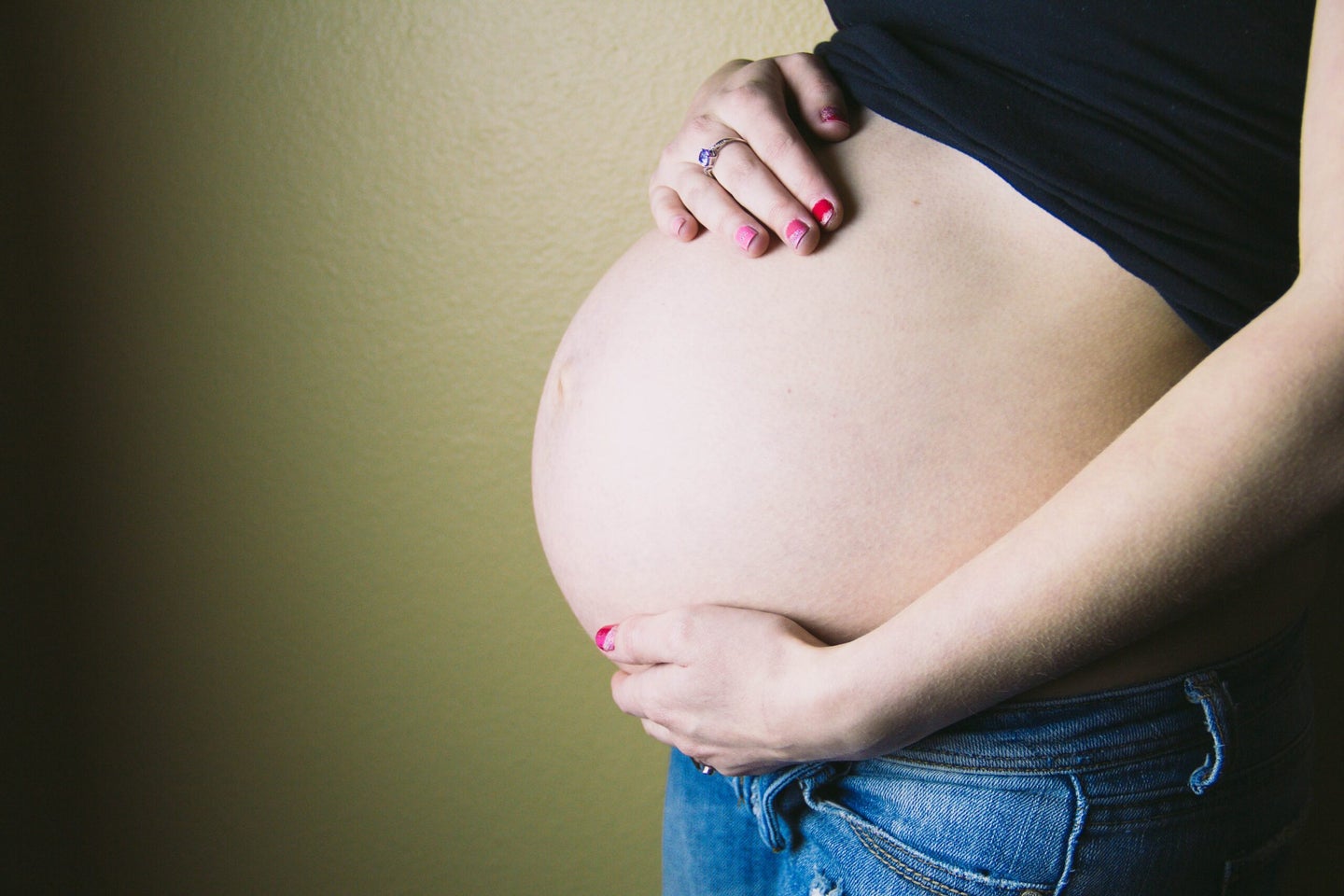 Pregnancy comes with a wild ride of hormones, which can lead to depression for some people. Cassidy Rowell/Unsplash
SHARE

After she lost her child during childbirth, says Kay Matthews, it took months before her primary care doctor diagnosed her with postpartum depression. “I know I had the symptoms, I know that my experience was in alignment,” she says. She calls herself a researcher by nature, but nothing that she was finding helped her make the connection.

Until recently, treatment for perinatal depression—an umbrella term that refers to all depressive disorders related to pregnancy and childbirth—was exactly the same as for other depressive disorders. And Matthews says that the conflation of the two kept some people from seeking care. “Mental health and maternal mental health are two different diagnoses,” she says. “And this is where women struggle—we don’t want the Prozacs, we don’t want the heavy drugs without that diagnosis.”

As part of the movement towards treating perinatal depression as its own distinct issue, a new breed of fast-acting antidepressants is popping up. Positive results from a phase III trial of one such option, zuranolone, were published in June, showing that medication might offer at least some hope to those suffering during or after pregnancy.

“I think we’re finally at the point where we might be entering this new frontier of treating postpartum depression, and breaking from the past where we treat it like any disorder,” says Kristina Deligiannidis, who studies and treats reproductive psychiatry at the Feinstein Institutes for Medical Research, and is the lead author on the study. (Deligiannidis disclosed funding from the drug manufacturer, Sage, including grants for the study and private consulting fees.)

Zuranolone is a sister compound to another antidepressant, brexanolone, approved in 2019 to treat postpartum depression. Both are distinct from existing antidepressants in that they take effect within days, instead of weeks. And so far, patients have not reported suicidal ideation as a side effect, a major risk of existing drugs. But brexanolone is delivered by a multi-hour IV drip, while zuranolone is given as a series of daily pills.

In June, zuranolone’s manufacturer released top-line results from another phase III trial that used the drug to treat major depressive disorder. (The results haven’t gone through peer review.) Those results found some initial efficacy that waned over time, at least by one measure of depressive symptoms. But six weeks into the trial, there was no significant difference between those who’d received the placebo and those who’d received zuranolone. By another measure, zuranolone never made any difference. (After the trial concluded, however, blood analysis suggested that some participants hadn’t been taking their medication, which could explain the lack of results. Other trials for depression are ongoing.)

The postpartum trial was much less ambiguous. The drug was effective on multiple measures of depression, and the effect was consistent for six weeks after beginning treatment. In a press release, the company said that it would “discuss next steps” with the FDA.

More importantly for the purposes of patients, says Deligiannidis, at the end of the study, 53 percent of people who took zuranolone were in remission, versus 30 percent who’d taken the placebo.

That may be, at least in part, due to the difference between the broader major depressive disorder and the much more specific perinatal depression.

Although the language of psychiatry refers to major depressive disorder as a single diagnosis, its causes aren’t well-understood. It’s likely that those causes—social, neurological, genetic, and their overlaps—vary from person to person, just as symptoms do, and there are many different “depressions” that fall under the banner of “major depressive disorder.”

By contrast, Deligiannidis says, the triggers for perinatal depression are better understood, and are largely distinct. “I wonder if [perinatal depression] is a more pure subtype overall, in contrast to major depressive disorder in men and women across their lifetimes.”

[Related: Exercise really does seem to help with depression]

“The data so far is that women who develop perinatal depression or postpartum depression have an altered sensitivity to stress during these phases of reproductive hormone variability,” Deligiannidis says. That stress response seems to come from the interaction between a specific neuroreceptor, GABA, and reproductive hormones, but it’s shaped by genetics, previous trauma, or chronic stress. People who develop some form of perinatal depression seem to have GABA systems that aren’t able to adapt to changes in hormones and general stress either during or after pregnancy.

Researchers know that zuranolone, which is closely related to some of those key sex hormones, modulates some GABA receptors, which likely impacts how the entire brain responds to stress. “We know that it’s capable of changing brain function very quickly,” Deligiannidis says, “but that’s kind of the end of what we know.” But it may have something to do with why zuranolone seems to work for perinatal depression.

This lack of clarity isn’t entirely surprising in the field of antidepressants; despite decades of use, it’s still not clear why exactly selective serotonin reuptake inhibitors, an incredibly common class of antidepressant, alleviate some people’s symptoms and not others.

But even with zuranolone, perinatal depression remains a problem for about 13 percent of people who become pregnant.  Matthews says that was clear as she talked to people she knew about her experience—everywhere she turned, she found friends who could relate to what she described.  Those conversations led naturally into advocacy: she leads an organization that connects women, and especially women of color (who she describes as both under and overdiagnosed) with mental health resources around childbirth.”It affects everyone in their birthing experience, but there’s just not an alignment with conversations around maternal mental health,” she says. “There’s never been anything out there specific to this mental health condition.”