Why do other people’s embarrassing acts make us cringe?

When someone does something cringe-worthy, it might be more about you than them. 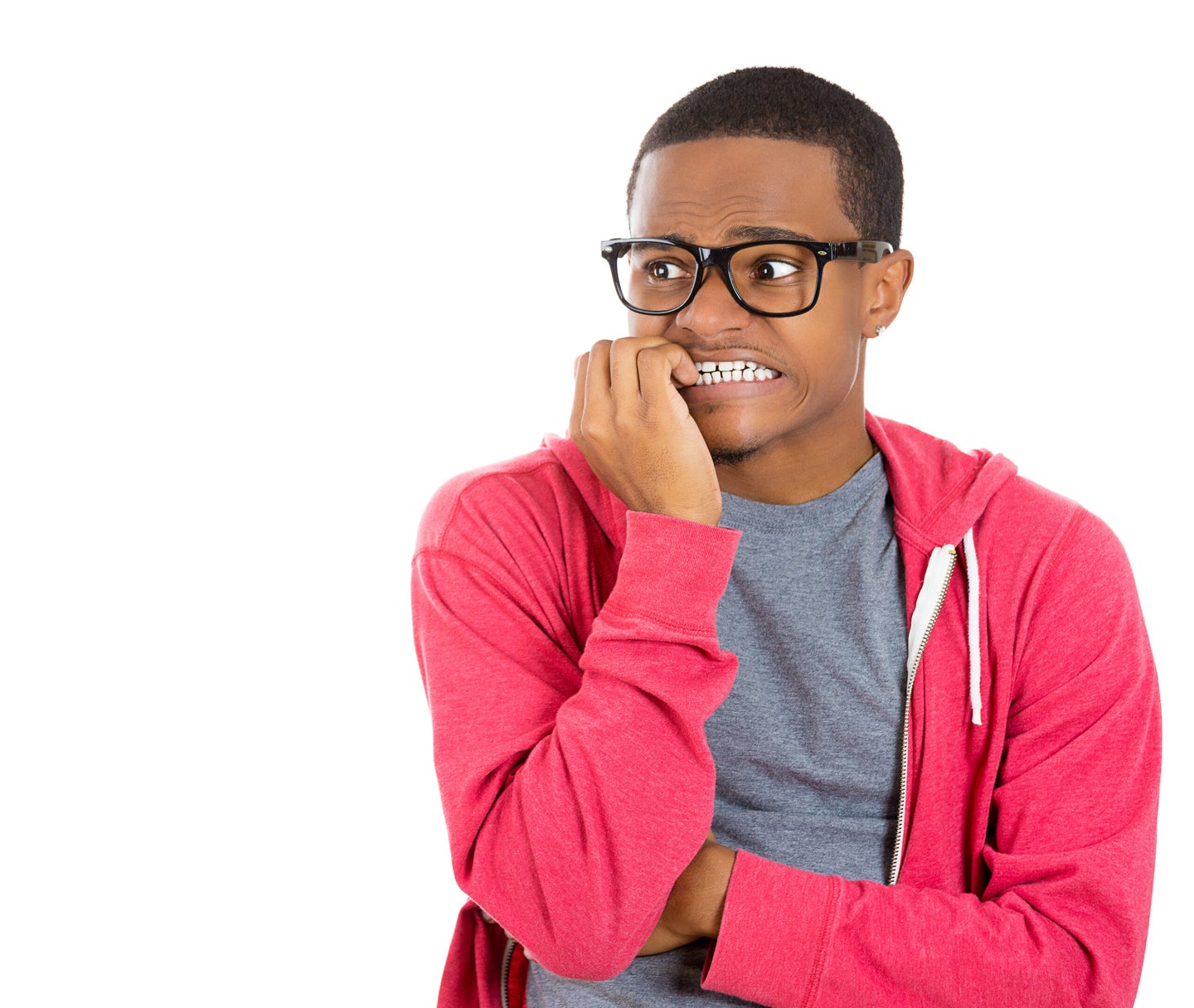 The word “cringey” evokes feelings of embarrassment or awkwardness, but there is a similar term that goes by another name, one with a bit more psychological clout: vicarious embarrassment.
SHARE

Democratic presidential primary candidate Pete Buttigieg’s name has been popping across Twitter the last few weeks. Not because he’s pulled ahead of some challengers in early primary states, but because his supporters have turned his campaign event walk-on song (“High Hopes” by Panic! at the Disco) into a viral dance video.

And not in a good way.

You can view the dance here, where a group of supporters break out the moves in the midst of an organizing meeting. The routine involves four sequences of clapping, arm pumping and waving, and making blender motions with your hands. It’s also led to a Guardian article asking whether it’s the “cringiest trend of the campaign season” and a number of similar stories asking why we simply can’t stand to look at the dance clips.

The word “cringey” evokes feelings of embarrassment or awkwardness, but there is a similar term that goes by another name, one with a bit more psychological clout: vicarious embarrassment.

In simple terms, vicarious embarrassment means feeling embarrassed for something that someone else did, even if it doesn’t involve you. It’s why some people have problems watching socially awkward scenes in movies, for example, and it might be one of the reasons people are having such strong reactions to the “High Hopes” dance, which was trending on Twitter in the United States last Monday and continues to be derided.

This secondhand humiliation also goes by the term empathetic embarrassment, according to Rowland Miller, author of Embarrassment: Poise and Peril in Everyday Life and a psychology professor at Sam Houston State University in Texas. This is the mild embarrassment and chagrin that occurs when someone empathizes with, or imagines oneself in the place of another person who is doing something that is potentially embarrassing, says Miller, like when you happen to watch an actor onstage forget their lines.

Dr. Laura Müller-Pinzler, a postdoctoral researcher at the University of Lübeck in Germany, who has studied embarrassment extensively, points out that while vicarious embarrassment often means sharing another’s shame, people can also feel embarrassed for someone who is oblivious to their own awkwardness. This happens when both parties have a different understanding of what would be appropriate behavior in a specific situation—which is likely the case with the High Hopes dance.

Vicarious embarrassment activates the regions of the brain associated with our emotions and understanding the emotions of others, as well as areas associated with pain and arousal in general, according to Müller-Pinzler. It also involves the “so-called mentalizing network”, she says, that activates when we try to make sense of what other people think.

So when someone sees adults performing a preposterous hand dance to a song that we may not have enjoyed to begin with, we might cringe with embarrassment because it doesn’t seem appropriate for the current situation. Müller-Pinzler says people might think politicians should try to win over others with good arguments and political actions rather than dancing or singing.

“If dancing like this in your opinion resembles kids in kindergarten, it makes sense that you feel embarrassed for the dancers, who even think that they could win voters like this,” says Müller-Pinzler.

Very few people, one would imagine, enjoy feeling embarrassed. So why did humans develop this reaction in the first place?

Embarrassment is like a red alert for public misbehavior, one that can result in the disapproval of others, while also demonstrating that the person genuinely regrets their transgression of whatever social norm it may be, according to Miller.

“We care so much about what others think of us, and embarrassments cause such chagrin, that we can come to be mildly distressed by witnessing other people in embarrassing circumstances if we’re nice, sensitive people who understand others’ feelings,” says Miller.

“I’ve found that one’s ability to empathize with others influences how much “vicarious” embarrassment one will experience,” says Miller.

University of California, Berkeley psychologist Dacher Keltner remembers a striking example of vicarious embarrassment in his own life. Thirty years ago he was at a party to watch the Olympic gold medal competition for women’s figure skating. Each contestant wiped out, and with each fall, he and the people he was with all felt empathically embarrassed watching them struggle.

So while you may experience embarrassment for someone afar that you don’t know, that will be less than if you are close with someone. If you’ve ever been with a close friend or significant other who got too drunk at a party or bar, that will probably spur more embarrassing than the High Hopes dance.

But whether you’re embarrassed by the High Hopes dance or not may actually say more about you than it does about the people doing it. Miller says people who watch the dance and think that they’d never be caught doing that are more likely to experience some form of empathic embarrassment than those that aren’t embarrassed by strangers’ actions.

“The dancers are sharing some ebullient good cheer and aren’t being embarrassed by participating,” says Miller. “They’re having fun, and the only thing that makes this cringe-worthy for some people is timidity that would keep them from playing along themselves.”

So the next time you see someone commit a blunder and grimace or groan, have to leave a room during a conversation on TV, or send a tweet about the High Hopes Dance, remember, its them, not you.