Why you’re powerless to ignore a crying baby

Infants can hijack their parents’ brains with every scream (for survival). 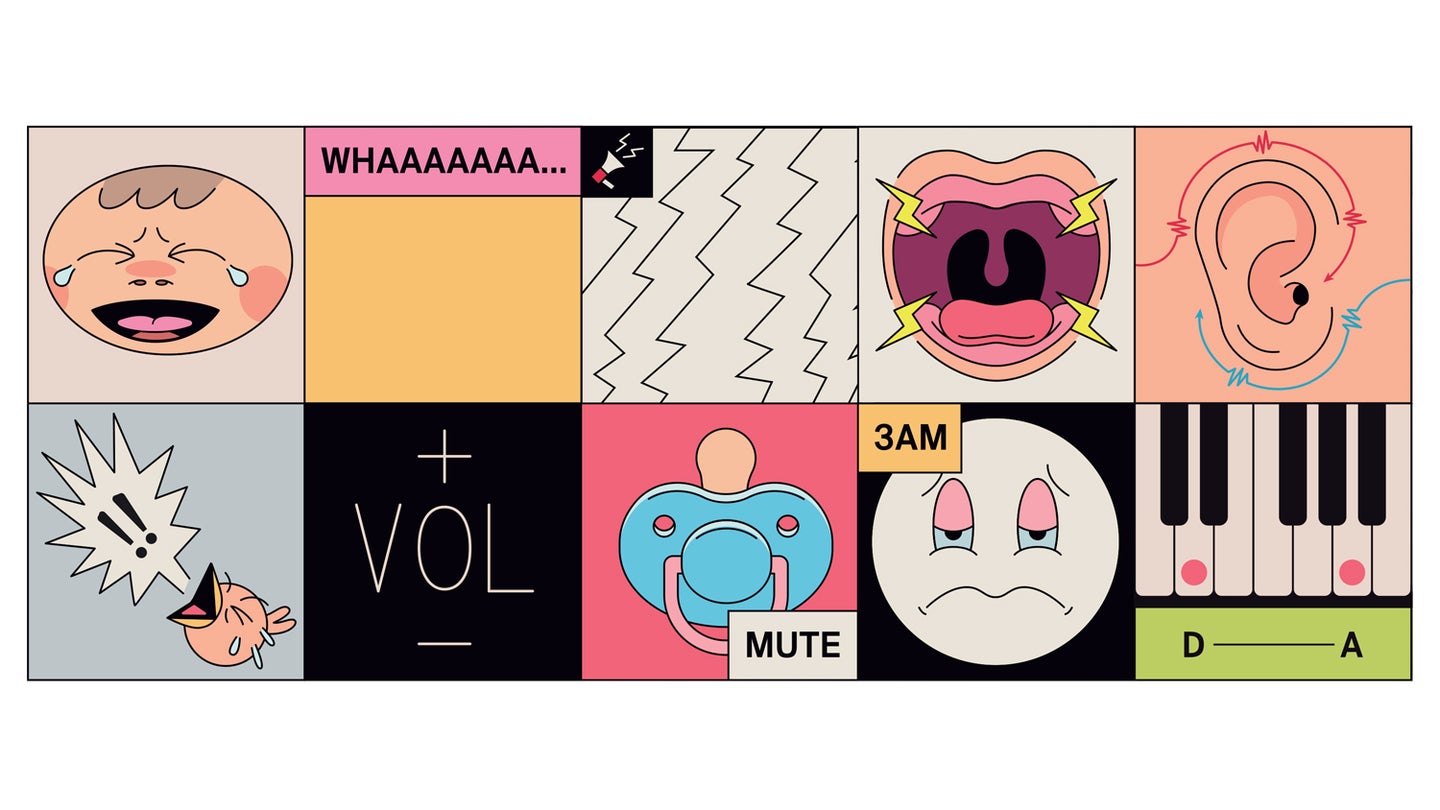 Every wail and wimper of a baby's cry is carefully tuned to spark a reaction from nearby adults. Jacques Kleynhans
SHARE

Most of us can’t ignore a baby’s cry. We can choose not to respond, but those shattering notes will infiltrate our noggins no matter what. The wail (however irritating it might be) sparks a response that ensures one thing: survival. Data suggests that the noise tips off parents more than childless adults—and women more than men—but a ­baby’s screech is tuned to trigger every ­grown-up. Each moment of screaming contains crucial information about a child’s level of distress. Throughout the seven seconds of audio below, acoustic clues in the sound waves signal just how urgently a ­kiddo needs help.

During late pregnancy and following birth, caregivers produce elevated levels of prolactin and oxytocin, which prime their ears to be especially sensitive to the frequency range of a newborn’s cries. These hormones also promote nurturing behaviors—like physically comforting the kid—and boost positive feelings that can help keep new moms and dads from throwing their hands up in despair.

Although we perceive this early whine as only one sound, it’s made up of many harmonic tones. When these pitches ring distinctly from one another, it signals that a child’s in need but not desperate—a difference adult brains subconsciously grok. No matter what, the cry will get attention: The lowest line here, called the fundamental frequency, starts off well within hearing range of most grown-ups.

As a baby gets more irritated, their amygdala (the brain’s fear center) stimulates a group of neurons in the brainstem, which sends signals ­whizzing toward the heart and voice box via the vagus nerve—one of the major controls of the autonomic ­nervous system. These urgent messages cause the pitch of an infant’s sobs to shoot upward, and also shorten the bursts they come in.

As the vagal signal pumps up a kid’s pulse, it also quickens their breathing. Faster inhales and exhales mean shorter wails and briefer pauses in between them—dropping from full seconds to fractions. Adult brains register the silences (it’s unclear how cries impact caregiving ­siblings). A long break, like the one seen here, telegraphs to parents that the ­situation is not dire. At least, not yet.

5. Starting to Lose It

Instructions from the vagus nerve cause the muscles in the larynx to tighten, which prevents the vocal folds from vibrating normally. Once-​­discrete tones bleed together, a phenomenon called dysphonation. The overall pitch jumps to around 6 or 7 kilohertz (toward the upper end of tones we can hear). Caregivers pick up on both changes, but the frequency is their primary clue that the kid is really upset.

When an urgent cry hits the adult ear, it activates an alarm in a brain circuit called the thalamocingulate pathway, directing a parent’s attention to the baby. Next, dopamine hits in the midbrain, prompting them to approach the child. A series of signals pingpong through regions associated with empathy and emotion. The result: an urge to comfort the kid, which should (eventually) put an end to their wails.

This story originally published in the Noise issue of Popular Science.