Your social media ‘fitspo’ is not a good influence

It only takes a few minutes for Instagram to mess with your head. 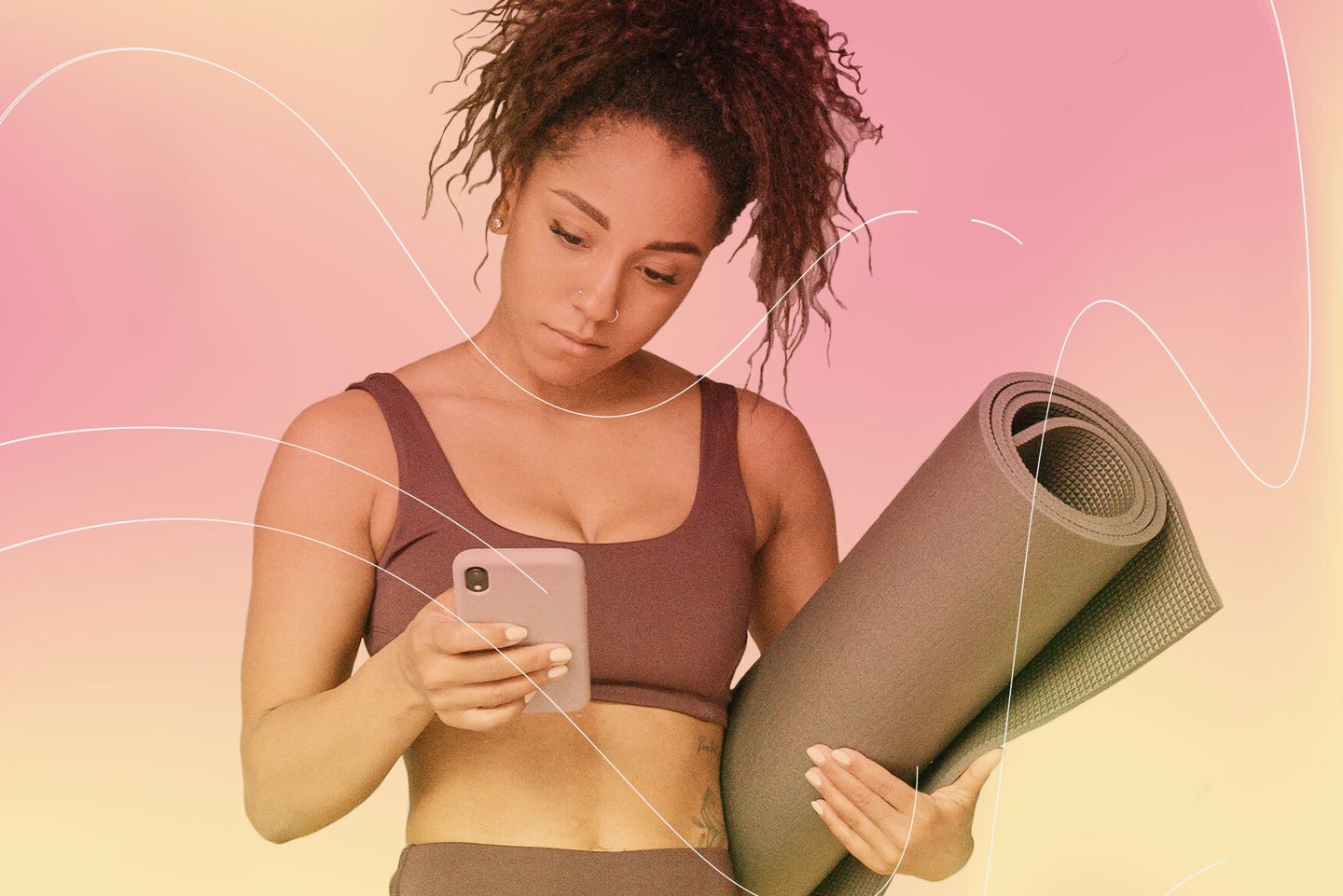 The first step to a better you may be to stop scrolling. Pexels
SHARE

Looking for motivation to get healthy in the new year? You might be tempted to fire up your phone and head to your favorite social media app for inspiration. But that could set you up for an unhealthy relationship with food, your body, and other people.

Here’s why social media inspo isn’t all it’s cracked up to be.

The case against comparison

There’s nothing wrong with looking for inspiration. But social media naturally triggers self-comparison—and that can damage your health.

It’s only human to look to others online, says Renee Engeln, a psychologist who teaches at Northwestern University and runs the school’s Body and Media Lab, which investigates body image and cultural practices that affect women’s relationships with their bodies. “The instinct to compare ourselves to other people isn’t something we can just turn off,” she says. “These comparisons are fast and automatic.”

Engeln and other psychologists delve deep into social comparison theory to explain social media’s effect on people’s brains and actions.

First coined in the 1950s by Leon Festiger, the same psychologist who gave us “cognitive dissonance,” the theory posits that people’s self-image and well-being depend in large part on measuring themselves up against others.

According to social comparison theory, people tend to do this in three ways: upward, with people whose perceived status is higher; downward, with people they see as being inferior to themselves; and laterally, with their supposed equals. And social media—which provides instantaneous access to innumerable people from all three categories—gives us more opportunities for self-comparison than ever before.

It’s tempting to trawl inspiring hashtags or check out fitness-centric profiles to add a bit of juice to your own health aspirations. But consuming social media naturally inspires comparison—and all those judgments can damage a person’s sense of self. In a 2020 study, Engeln and her colleagues found that just seven minutes browsing Instagram decreased college women’s sense of body satisfaction, and that women using Instagram made more body image comparisons and thought about their appearance more than when they used Facebook. They hypothesize that Instagram’s image-based format and celebrity-heavy content drives those comparisons.

But body dissatisfaction due to envious scrolling is just the start. Pamela S. Keel, a psychologist from the University of Florida, researches eating disorders and the social factors that influence body image. In one 2020 study, Keel and her colleagues found that people who post edited photos of themselves exhibit more eating-disordered behavior than those who don’t.

Since the pool of participants were drawn from a group who indicated they thought editing photos was fine, it’s possible they were more concerned about their bodies than average to begin with. To tease out the interplay between those factors, the researchers used multiple groups of participants who edited and posted a photo, edited but didn’t post, posted without editing, or didn’t do either. People who spent even five minutes editing a photo and then posted it reported more concerns with their weight and shape than members of any other group.

The participants who edited their photos didn’t do so using any standardized formula: They were simply told to edit it as they normally would if they were posting to social media. That left now-ubiquitous filters, more heavy-handed tools like Facetime, and a variety of other digital manipulation strategies on the table.

The researchers also monitored eating disorder symptoms, like feelings of guilt after eating, laxative and diuretic use, avoiding certain foods, food preoccupation, and the impulse to vomit after meals. Participants who exhibited eating disorder symptoms didn’t spend more time on Instagram than their counterparts in the study. But they used the platform differently, comparing themselves to others and proving more invested in likes and comments than their counterparts.

Avoiding you-versus-them judgments doesn’t protect you from all the possible harms of social media. The information you consume there can also be misleading in ways that provoke anxiety or even disordered eating. A 2020 study that analyzed more than 1.2 million tweets on “healthy diets” found that the vast majority of people opining on them weren’t professionals. A whopping 8.5 percent of the content was generated by bots or known spammers.

Since “easily influenced individuals” generate the most chatter about diets and health, the researchers write, they’re treated as prey by commercial entities that push them products and services that can supposedly help.

Keel says it’s important to learn how to assess the quality of a post or promotion, especially if it promises health gains or aesthetic changes. “Anything that normalizes disordered eating behaviors or promotes these as effective weight loss methods is a warning sign,” she says. Other red flags include the promotion of diuretics, laxatives, appetite suppressants, or diets that cut out entire food groups or promote miracle foods.

“Anything that promotes that you can eat all of the ‘X’ you want as long as you don’t eat any ‘Y’ is not well-suited to the human body’s nutritional needs,” she says.

The ultimate influencer: You

So what’s an inspiration-lacking couch potato to do? Engeln suggests looking within.

If you’re going to make a resolution at all (and sorry, sheer statistics suggest you’re likely to abandon it), “let that resolution be guided by your own deeply held values,” she said. “Let the resolution be about moving toward becoming a person whose actions are more often guided by those values.”

Bottom line: It’s healthier to look to yourself for motivation than others. There’s nothing wrong with searching for fellow travelers, but don’t let anyone else make the roadmap for you.

Want to detox from demoralizing social media content? Engeln and her colleagues encourage users to prune their Instagram and Facebook feeds as a first step. By ditching comparison-provoking (or jealousy-inspiring) accounts, you can take in more uplifting content instead. There’s also a simpler solution: Delete the app entirely. A break from social media might just do your mental health good.

“You’re setting yourself up for failure, or at the very least, demoralization, when you let the faux-lives of social media personalities influence your own goals,” says Engeln. “Resolutions related to changing the way you look to others aren’t worth it.”