There’s no cure or vaccine, so one good bet is controlling the vector 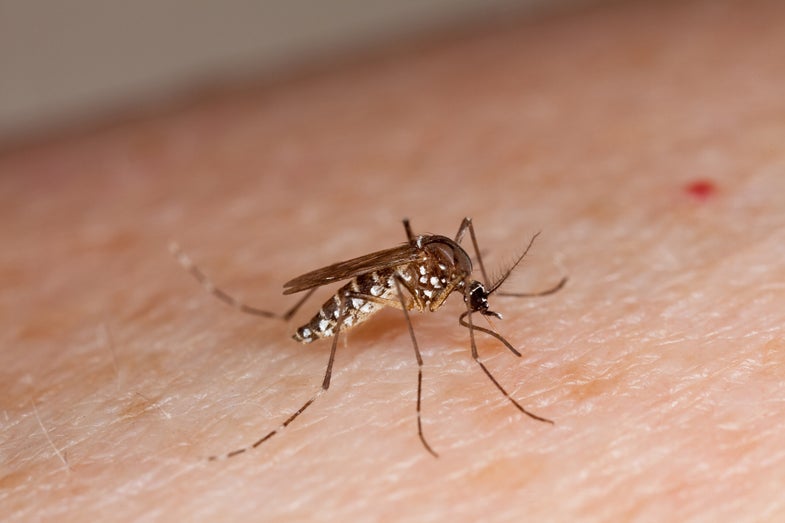 Over the past several weeks, there has been a flurry of media coverage on Zika, an illness spread by mosquitoes that was previously assumed to be relatively benign. The most common symptoms are fever, rash, achy joints and red eyes, but more recently public health experts have suggested that the virus may cause a severe birth defect called microcephaly, a neurological disorder that causes abnormally small heads and underdeveloped brains, as well Guillain-Barré, a syndrome that can cause temporary paralysis.

According to the Centers for Disease Control and Prevention, Zika used to be found mainly in Africa, Southeast Asia, and the Pacific Islands, but since last spring it was detected in Brazil. Now it has spread throughout South America and Central America. Cases have also popped up in the United States, although they were contracted elsewhere. A recent study at The Lancet predicts that the virus will continue to spread.

In a recent article in the New England Journal of Medicine, Anthony Fauci and David Morens from the National Institute of Allergy and Infectious Diseases, call the spread of Zika virus an “explosive pandemic” and point out that Zika follows a recent trend in mosquito-borne viruses that have spread across the world, including dengue, West Nile, and chikungunya.

While it isn’t entirely clear how—or if—the virus is truly responsible for the birth defects and other complications, the CDC has issued travel alerts for the affected countries, advising women who are pregnant or who are trying to get pregnant to postpone any trips to the regions or, at the very least, consult a doctor before travel. El Salvador has taken particularly extreme and unprecedented measures, reportedly telling its population to hold off on having babies until 2018.

Depending on where you live or travel, these precautions may not be necessary. “There has been some hysteria associated with the news of the recent Zika virus activity, particularly with regard to the potential role in increasing rates of microcephaly in Brazil,” says Cameron Webb, a Medical Entomologist at University of Sydney. “The critical issue is that people should not panic and there may not necessarily be a need to cancel travel to these regions. However, you should take care to avoid mosquito bites.”

“People should not panic.”

Fighting mosquitoes is, as of now, the only way to curb the virus, as there is no current treatment or vaccine (although according to Time, the U.S. launched a “full-court press” for Zika vaccine development).

The main known vectors for Zika are Aedes aegypti and Aedes albopictus, which are widespread and feed on humans. Some researchers are focused on high-tech ways to control the mosquitoes. For example, Oxitec, a U.K.-based company working on genetically engineered A. aegypti to help control dengue fever, announced last week that it will open a new factory in Brazil to help combat Zika.

Such technologies may not be enough. “There is little doubt that the ever increasing arsenal of ‘high tech’ solutions will play a key role in future mosquito and mosquito-borne disease control,” Webb says. “However, it is important to remember that, despite the attention many of these approaches attract, none are likely to be the silver bullet that will beat outbreaks of mosquito-borne pathogens such as Zika virus.”

“I believe that a critical issue here is that these ‘high tech’ solutions shouldn’t be embraced at the neglect of traditional mosquito control and mosquito-borne disease risk management strategies,” Webb adds. Traditional options for the Zika-carrying Aedes species include getting rid of standing water in flower pots, buckets, and the like, which is where the mosquitoes like to breed; spraying with insecticides; and using repellents to keep the insects from biting. (For advice on picking a mosquito repellent, see this piece I wrote for Slate a couple of years ago.)

Unfortunately, as Fauci and Morens note in their NEJM piece, even preventative measures such as these are “luxuries often unavailable to impoverished residents of crowded urban locales where such epidemics hit hardest.”

Helen Branswell, “Everything you need to know about Zika virus,” STAT, January 14. 2016.