Probiotics are more hype than science

Experts say that the marketing for these supplements has outpaced the actual science. 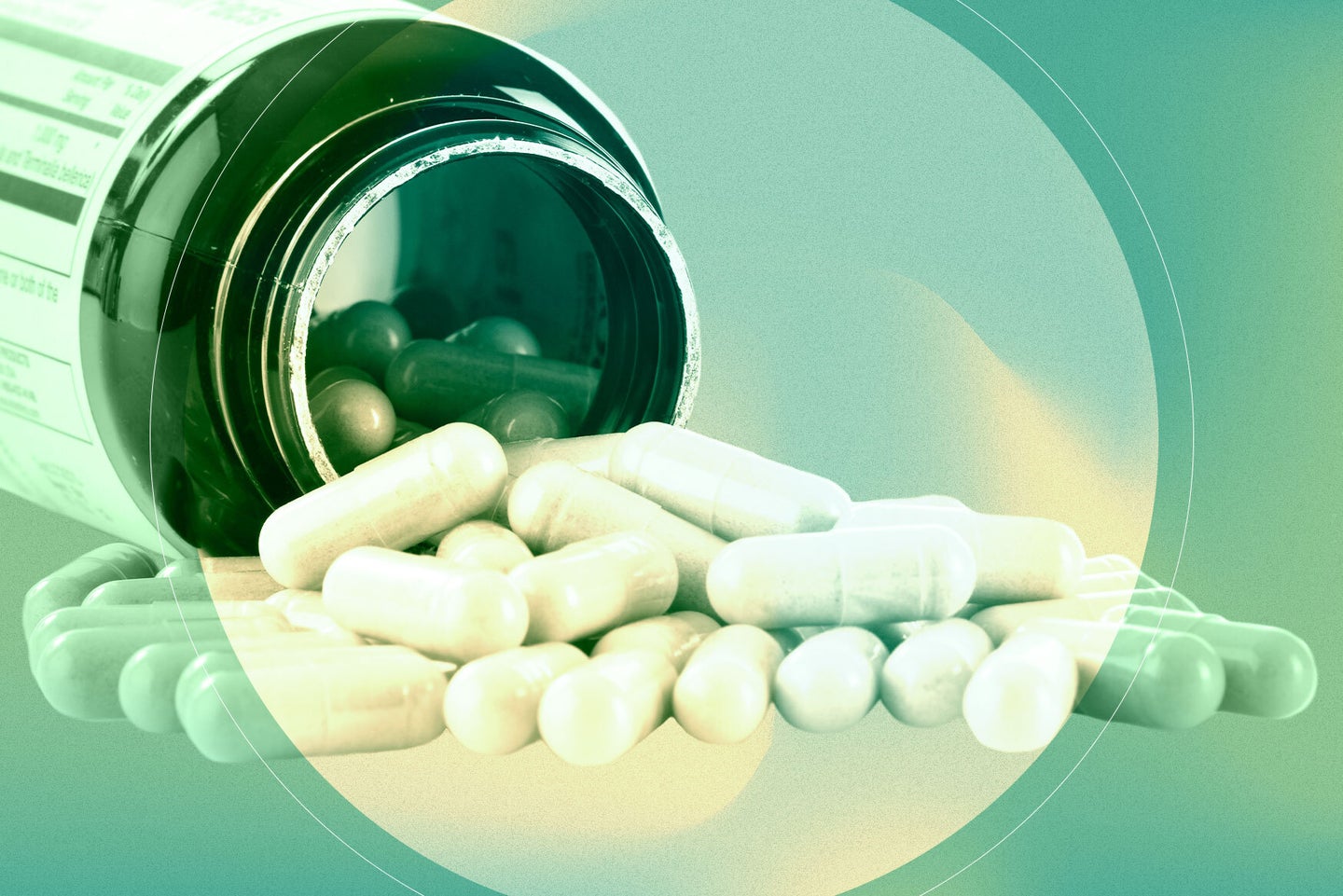 So far, the science produces more questions than answers.
SHARE

Humans function thanks in large part to the billions of bacteria that live inside us. These friendly bugs—commonly known as the microbiome—help us digest our food, fight disease, and even regulate our mood. But it wasn’t long ago that we had little understanding of what these microorganisms did for us; even now, we are still only scratching the surface in our knowledge of their influence on our health and wellbeing. With this newfound knowledge came an increased public interest in our microflora, and, naturally, the market for probiotics, supplements containing either live or dead strains of beneficial bacteria, spiked. Today, a visit to the supermarket’s supplement aisle will reveal shelves laden with a multitude of different probiotic options, claiming to regulate digestion, strengthen the immune system, boost mood, and promote overall well-being.

But some experts say that the marketing for these supplements has outpaced the actual science. While a foundation of evidence suggests that probiotics can be helpful for a few specific gastrointestinal conditions and even promote wellbeing in otherwise healthy individuals,  science has raised more questions than answers.

How probiotics became so popular

Humans were taking probiotics long before they became trendy—as many as 6,000 years in fact, in the form of fermented milk products. By the Genghis Khan Era, around the twelfth century C.E., fermented milk was so valued as a source of strength and health that Mongolian women would literally shower warriors with it to protect them during battles.

While they may have been better off drinking the fermented liquid than showering in it, Mongolian warriors may have been onto something. Probiotics have been shown to provide relief for people with a few specific gastrointestinal conditions, including irritable bowel syndrome and ulcerative colitis. And in rare cases, these supplements might be life-saving. When scientists pooled the results of 53 studies, they found that preterm infants given probiotics were as much as 46 percent less likely to develop necrotizing enterocolitis, a deadly disease that causes the gut tissue to become inflamed, most often afflicting premature babies.

Do probiotics do anything?

But here’s the thing: Studies on probiotics are all over the place. They might use different probiotic strains, doses, or treatment regimens. That makes it difficult to compare results or pool together the data from many studies and analyze them as a whole, a technique that provides a much higher level of evidence than a single study alone. On top of this, patients’ responses to probiotic treatments can vary wildly within each study, says Roger Clemens, a professor of pharmaceutical sciences at the University of Southern California. On top of that, many studies on probiotics are simply poorly designed, says Eugene Chang, a physician scientist at the University of Chicago. They might fail to control or disclose whether participants take other medications in addition to probiotics. Groups of participants are often small with a plethora of variability in health, lifestyle, and other factors. And of course, everyone has a different microbiome to begin with. “That makes the data very difficult to interpret,” Chang says.

The evidence gets even spottier in otherwise healthy individuals. Research on the effects of probiotics on everything from mood, constipation, and immune function come back with inconsistent or low-quality results. “The evidence for probiotics in particular is very circumstantial and weak,” Chang says. This inconsistency in data reflects how much more we have to learn about how probiotics would even work, Chang says.

Take one of the most basic assumptions many people have about probiotics: that they somehow take up residence in our gut and “balance” our microbiota. As it turns out, scientists have no idea if this is true. “That’s a big debate in the field right now,” says William DePaolo, a gastroenterologist at the University of Washington. One commentary published in the journal Gastroenterology put it more bluntly, calling this common notion “almost certainly wrong.” By the time we’re an adult, our microbiome is pretty much set. The bugs already in our guts, many of which have taken residence there since we were babies, don’t tend to like newcomers, Chang says. In one study, 19 healthy volunteers received either a four-week course of probiotics or sugar-pills. Three weeks into the intervention, the scientists leading the study performed endoscopies on 15 of them, followed by biopsies of their intestinal lining. Their results, published in the journal Cell, found that microbiomes shifted in only six of the participants—in four, they observed no change whatsoever.

That’s not to say that probiotics have to stick around in our intestines to make a meaningful difference to our health, Clemens says. Certain probiotics might change the environment of the gut just by passing through. For example, Lactobacillus, the bacteria found in yogurt and many probiotic cocktails, might produce lactic acid as it moves through our guts, creating a more acidic environment that’s inhospitable for pathogens but benign for good bacteria. Similarly, probiotics could give us a dose of mood-boosting serotonin or immune-boosting short-chain fatty acids as they pass through, DePaolo says. “I like to think that even if they’re passing through they could still have an effect,” he adds. It’s important to note, however, that even if these transient probiotics do have an effect on the body, those benefits would only last as long as you’re taking the supplement.

But we just don’t know, Chang says. All of these mechanisms are indeed plausible, but they’re not proven. We know, for instance, that probiotics produce compounds like short-chain fatty acids both in other animals and when grown in the lab. However, we don’t know that they produce them in humans, or if those compounds lead to improved health. “We’re not going to have good answers to these questions unless we put more rigorous science to it,” Chang says.

[Related: Probiotics are drugs, so we should test them like drugs]

Should you take probiotics?

It might be that certain strains of probiotics are helpful, but not others. Perhaps, as the Cell study suggests, whether people stand to benefit from probiotics depends on the composition of their microbiome. Scientists don’t even know whether probiotics need to be alive when we ingest them. It could be that even dead microbes secrete molecules with beneficial properties. More research is needed to answer these questions.

This brings us back to the grocery store and the multitude of probiotic options that line the supplement aisle. How is one to decide? Can science offer any guidance to the average, healthy consumer? Unfortunately, not really, Chang says. Not only do we lack the evidence to determine which bugs are beneficial and which aren’t, but there is little regulation of these supplements. Because they’re not considered a drug that treats a certain disease or condition, probiotics don’t go through the U.S. Food and Drug Administration.

The good news is that, generally speaking, probiotics are safe, Clemens says. ​​Still, he has his reservations. Because the industry is so unregulated, he worries about products containing bacteria strains that haven’t yet been reviewed for safety. And very rarely, probiotics have led to severe infections in immunocompromised people. For an otherwise healthy person, however,he believes that there’s little harm in trying them (except, perhaps, to your wallet) , as long as the cocktail has undergone scientific review. ​​For a list of scientifically sound recommendations, consumers should double-check that the strains of bacteria included in a cocktail are listed on the FDA Generally Recognized as Safe (GRAS) database, Clemens says. For a more user-friendly guide, he recommends probiotics.com, a resource developed for consumers by scientists.

Still, even after making an informed decision, consumers should be aware that the claims on the grocery-store shelves aren’t totally based in science, Clemens adds: “From my perspective, that’s misleading for the general public.”