Another version of the psychoactive ingredient in marijuana has exploded in popularity—but it might be short-lived. 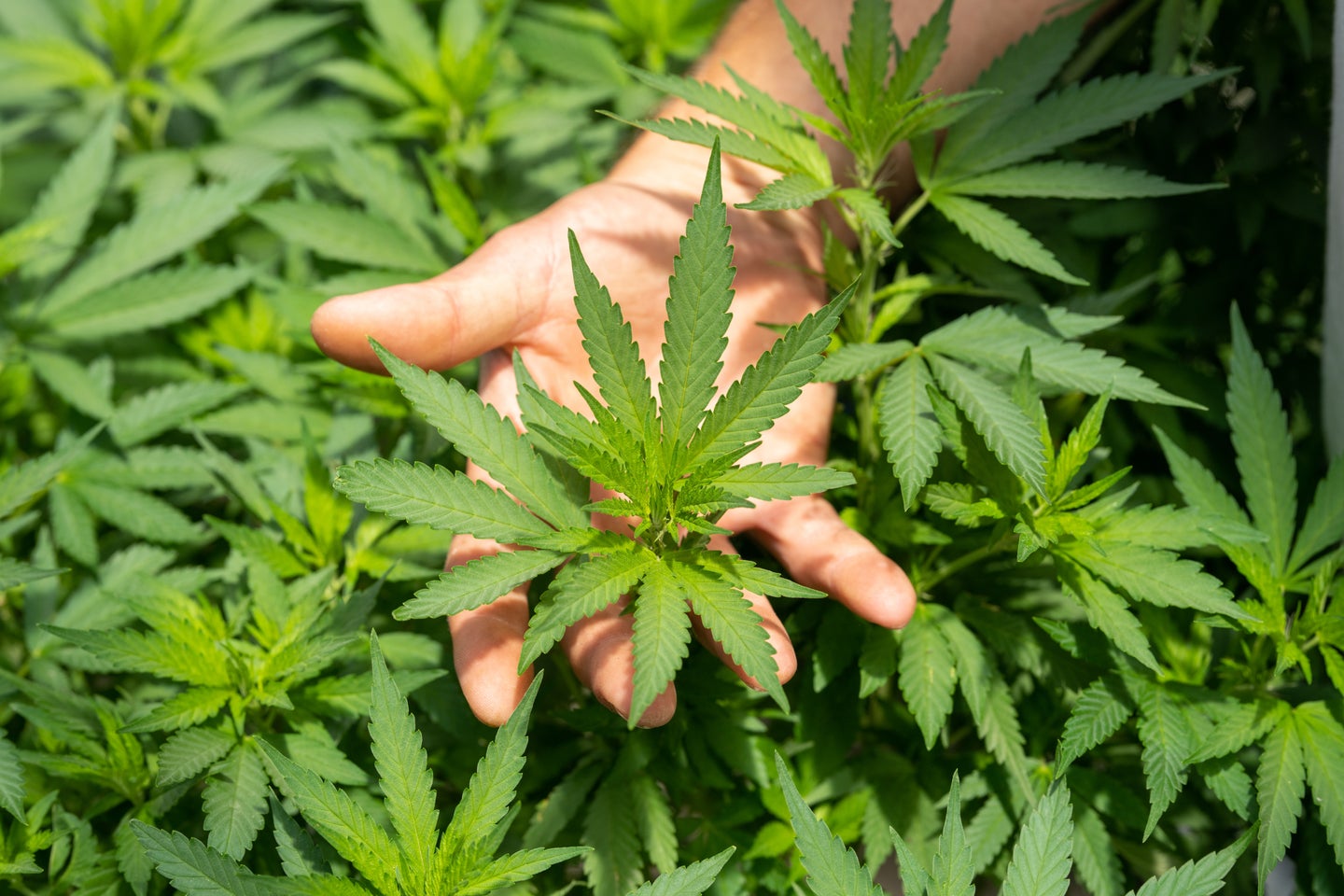 This year, a new marijuana-cousin, delta-8 THC, exploded onto the national stage. On the weed internet, it’s being marketed as “weed light” or “the superior version of THC.” It’s generally sold as a vape product or an edible, and the high reportedly feels a lot like a mild version of old fashioned marijuana.

Delta-8 THC is very similar to delta-9 THC, the primary active ingredient of marijuana, in terms of both chemical structure—three rings of carbon, a long tail, some hangers-on—and psychological effects.

They differ mostly in how they’re produced. Delta-9 is in the raw marijuana plant. But delta-8 comes by way of hemp, a variety of cannabis plant bred without psychoactive THC and used to manufacture fiber, biofuel, and bioplastics.

In 2018, with the support of senator Mitch McConnell, Congress attached a provision to the annual Farm Bill that opened up hemp farming, which was previously limited based on its similarity to “hot” cannabis. Crucially, according to the Brookings Institute, “it explicitly allows the transfer of hemp-derived products across state lines.”

Now, under the 2018 law, hemp can’t contain any kind of THC. (Recreational marijuana plants sometimes contain low concentrations of delta-8.) But it can contain cannabidiol (CBD), which, while mildly psychoactive, isn’t intoxicating.

The passage of the 2018 bill led to the explosive popularity of CBD over the last few years, as hemp growers learned to extract and market CBD as a cure-all. But that’s just the first step in a chain of possible chemical reactions.

Using CBD as a precursor, a lab can create delta-8 THC, which is now technically a “hemp-derived product.” And because federal regulations exist on delta-9, a just-different-enough chemical, delta-8 lives, for the moment, in a legal gray area. It’s also cheap, in part because it’s untaxed, which has led marijuana farmers to push for restrictions to protect their own businesses.

The hemp to CBD to delta-8 loophole is likely to be short-lived, though, reports Leafly, a cannabis-industry publication.

At least five states have already announced some regulations on the drug, from redefining marijuana to creating new categories of marijuana-like compounds. It’s also possible that existing federal law applies to THC look-alikes. A law passed in the 1980s to regulate “designer drugs” specifies that chemicals that are substantially similar to controlled counterparts—in this case, delta-9 THC—are subject to the same regulations. As a lawyer who works with the hemp industry told Leafly, the federal Drug Enforcement Agency is likely developing guidance for state officials.

In the meantime, be cautious with delta-8, as you would with any unregulated chemical.

“The issue is more that people don’t know what they’re buying,” says Varun Vohra, a toxicologist and the director of the Michigan Poison Center at Wayne State University. He’s begun to hear of cases involving children who got into gummies or other edibles containing delta-8 and ended up in the hospital.

The symptoms aren’t different from those of a regular edible, he says. ”They’ll get a really rapid heart rate, and then they’ll get more lethargic, possibly uncoordinated movement, and then eventually they’ll get more and more sedated and possibly have trouble breathing.”

There have been issues with kids (and pets) getting into marijuana candies or cookies for years, and hopefully you know by now to keep them out of reach. The problem is that products labelled as CBD might contain delta-8, and a user might not take it as seriously.

“The instances I’ve come across are where people thought they bought pure CBD,” Vohra says. “The lay public has been told that CBD is not psychoactive. Then it turns out that there has been traces of delta-8 in those products.”

The other concern for users is that even products sold as delta-8 might contain more of the active ingredient than labelled, and they may overdo it accidentally. The same goes for regular plant THC, of course, but the delta-8 industry is newer and unregulated.

So far, Vohra says, there’s very little concrete information on how many people actually suffer adverse reactions to delta-8, because emergency rooms treating a patient rarely do the extensive confirmatory tests to distinguish delta-8 from delta-9. Telling the two apart, he says, is important not for clinical reasons, but “as a macro issue, in terms of, we want consumers to know what they’re getting, and be receiving what they think they’re receiving.”

If you’re in a state that has legalized marijuana, you should buy delta-8 through a licensed store. (Or you could just buy marijuana. Your call.) Vetting an unregulated product is by definition challenging, but you should be looking for brands that link to a Certificate of Analysis, an outside lab test of the contents. And if you have questions, Vohra recommends reaching out to your state’s poison center via 1-800-222-1222, which will have trained toxicologists on call, and provide general advice to the public, not just emergency care.