We don’t know if artificial food dyes cause health risks

They're in everything from your grilled salmon to your favorite brand of pickles. 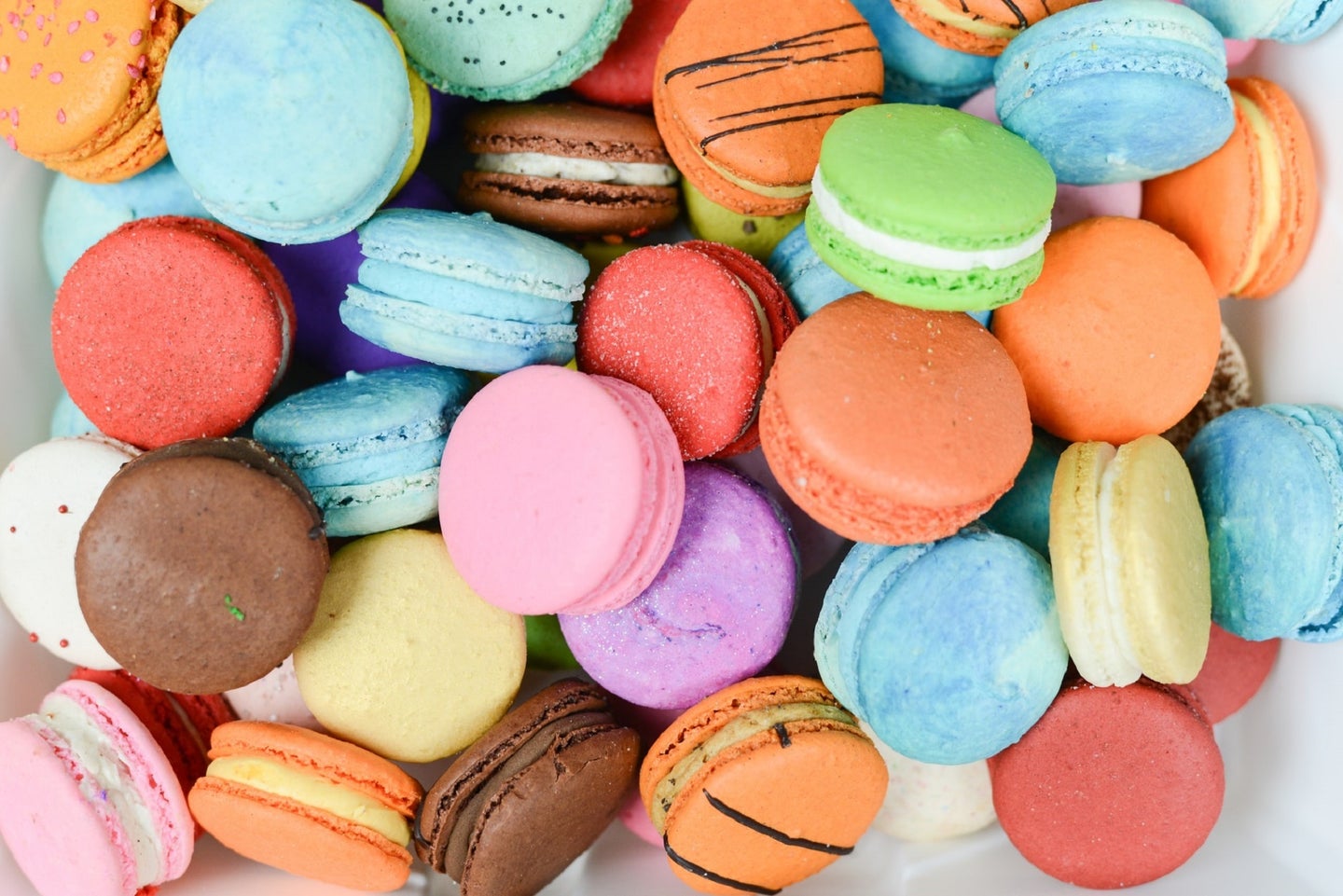 The formula for food dyes has changed drastically over the years, and health research has struggled to keep up. Mockaroon/Unsplash
SHARE

Lorne J. Hofseth is a professor and associate dean for Research, College of Pharmacy, University of South Carolina. This story originally featured on The Conversation.

Early-onset colorectal cancer incidence among the young, defined as those under age 50, has been rising globally since the early 1990s. Rates for colon and rectal cancers are expected to increase by 90 percent and 124 percent, respectively, by 2030.

One suspected reason behind this trend is increased global consumption of a Westernized diet that consists heavily of red and processed meats, added sugar and refined grains. Sixty percent of the Standard American Diet, also known as “SAD,” is made up of ultra-processed food such as industrial baked sweets, soft drinks and processed meat. SAD is associated with an increased risk of colorectal cancer.

One aspect of ultra-processed foods I’m concerned about is how colorful they are. This characteristic is on full display in many delicious foods and treats present during the year-end holidays. However, many of the colors that make up candy canes, sugar cookies and even cranberry sauce and roast ham, are synthetic. And there’s some evidence that these artificial food dyes may trigger cancer-causing processes in the body.

As the director of the Center for Colon Cancer Research at the University of South Carolina, I have been studying the effects of these synthetic food dyes on colorectal cancer development. While research on the potential cancer risk of synthetic food dyes is only just starting, I believe that you may want to think twice before you reach for that colorful treat this holiday season.

What are synthetic food dyes?

The food industry uses synthetic dyes because they make food look better. The first food dyes were created from coal tar in the late 1800s. Today, they are often synthesized from a chemical derived from petroleum called naphthalene to make a final product called an azo dye.

Food manufacturers prefer synthetic dyes over natural dyes like beet extract because they are cheaper, brighter and last longer. While manufacturers have developed hundreds of synthetic food dyes over the past century, the majority of them are toxic. Only nine are approved for use in food under U.S. Food and Drug Administration policy, and even fewer pass European Union regulations. Food manufacturers in the U.S. started using synthetic dyes to standardize the coloring of their products as a marketing strategy.

DNA damage is the primary driver of colorectal cancer. When DNA damage occurs on cancer driver genes, it can result in a mutation that tells the cell to divide uncontrollably and turn cancerous.

Another driver of colorectal cancer is inflammation. Inflammation occurs when the immune system sends out inflammatory cells to begin healing an injury or capture disease-causing pathogens. When this inflammation persists over time, it can harm otherwise healthy cells by releasing molecules called free radicals that can damage DNA. Another type of molecule called cytokines can prolong inflammation and drive increased cell division and cancer development in the gut when there isn’t an injury to heal.

Although none of the FDA-approved synthetic food colors are classified as carcinogens, currently available research points to potential health risks I and others find concerning.

For example, the bacteria in your gut can break down synthetic dyes into molecules that are known to cause cancer. More research is needed on how the microbiome interacts with synthetic food coloring and potential cancer risk.

Studies have shown that artificial food dyes can bind to the DNA and proteins inside cells. There is also some evidence that synthetic dyes can stimulate the body’s inflammatory machinery. Both of these mechanisms may pose a problem for colon and rectal health.

Synthetic food dyes have been found to damage DNA in rodents. This is supported by unpublished data from my research team showing that Allura Red, or Red 40, and Tartrazine, or Yellow 5, can cause DNA damage in colon cancer cells with increased dosages and length of exposure in vitro in a controlled lab environment. Our results will need to be replicated in animal and human models before we can say that these dyes directly caused DNA damage, however.

Finally, artificial food coloring may be of particular concern for children. It’s known that children are more vulnerable to environmental toxins because their bodies are still developing. I and others believe that this concern may extend to synthetic food dyes, especially considering their prevalence in children’s food. A 2016 study found that over 40 percent of food products marketed toward children in one major supermarket in North Carolina contained artificial food coloring. More research needs to be done to examine how repeated exposure to artificial food dyes may affect children.

Lowering your risk of colorectal cancer

A few treats during the holidays won’t cause colorectal cancer. But a long-term diet of processed foods might. While more research is needed on the link between synthetic food dyes and cancer, there are evidence-based steps you can take now to reduce your risk of colorectal cancer.

One way is to get screened for colon cancer. Another is to increase your physical activity. Finally, you can eat a healthy diet with more whole grains and produce and less alcohol and red and processed meat. Though this means eating fewer of the colorful, ultra-processed foods that may be plentiful during the holidays, your gut will thank you in the long run.