The plaque on your teeth holds a record of the bacteria living in your mouth. 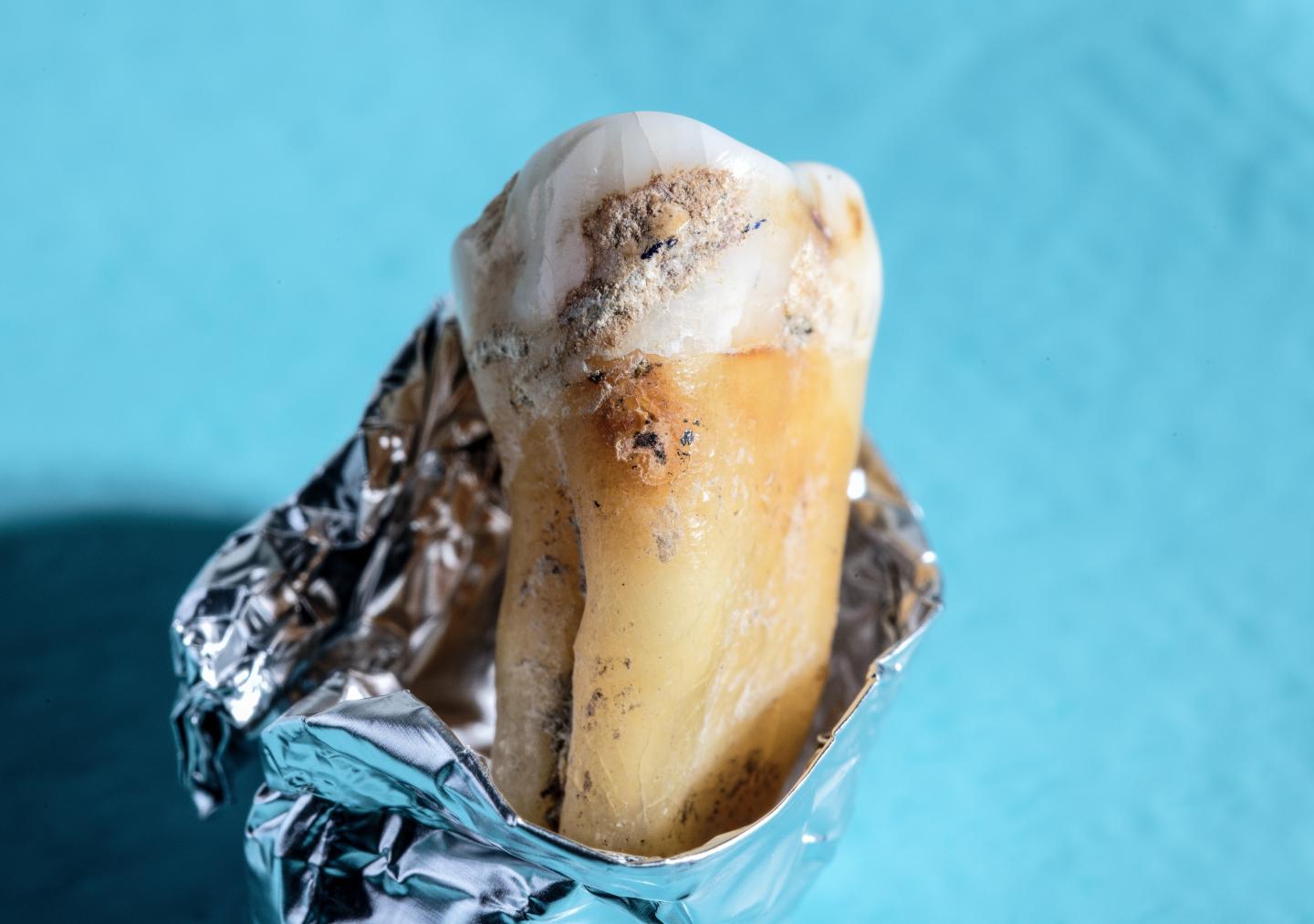 In a new study, researchers examined the evolution of the oral microbiome in humans, Neanderthals, and several primate species.
SHARE

There are over 600 different microbial species living in distinct habitats inside your mouth, from your tongue to your gums to the biofilm of plaque on your teeth. “We don’t appreciate how complex our mouth really is,” says Christina Warinner, an assistant professor of anthropology at Harvard University. “But it is this amazing ecosystem.”

Dental plaque, which hardens into tartar, or calculus, is especially important when it comes to our dental health—and luckily for archaeologists, it’s the only part of your body that fossilizes while you’re still alive, says Warinner. Because of this, it can lend fascinating glimpses into our past. “It builds up like rings of a tree,” she says, establishing a permanent record of the bacteria that have lived in your mouth, as well as some environmental exposures (in artists, for example, “we sometimes find pigments that they were using”).

In a new study published in the journal Proceedings of the National Academy of Sciences researchers examined the evolution of the oral microbiome in humans, Neanderthals, and several primate species. The team of scientists analyzed over 100 samples of dental calculus—that sticky, hard film that builds up on the gum line—from individuals ranging from modern-day dental patients to 100,000-year-old Neanderthals, in order to better understand the makeup and evolution of the human oral microbiome.

The team looked at modern human samples and archaeological remains of humans from various sites in Europe and Africa spanning back over 20,000 years, as well as 17 Neanderthals, and samples from wild chimpanzees, gorillas, and howler monkeys across multiple species and locations. Using calculus samples about the size of a sesame seed, the researchers extracted and analyzed their DNA to identify the specific microbial species involved in the formation of the calculus.

The researchers found that one group of microbes in particular—a subgroup of Streptococcus, a genus that’s common in human mouths today—was largely absent in chimpanzees, but present in humans and Neanderthals, suggesting a notable change in diet. To help them survive and reproduce, these bacteria steal an enzyme from human saliva that we use to digest starch. The microbes then use that enzyme to digest and use the starch as their own fuel. The presence of these Streptococci is an indicator that starchy foods, like roots and tubers, were likely eaten by those humans and Neanderthals.

[Related: The answer to lactose intolerance might be in Mongolia]

“We were able to show, interestingly enough, that these bacteria rose to prominence not in humans after agriculture, which is what you might expect because of increasing starch consumption, but actually was a generalizable trait of all humans, even ones from the Ice Age, and was also found in Neanderthals,” says Warinner.

This suggests that starches are not a new component of the human diet, but a very ancient one—and “gives us some clues as to what the food sources might have been that allowed us to grow the big brains that eventually resulted in our species.”

“This research adds to our knowledge about how the oral microbiome works,” and how the modern human microbiome compares to those of other primates and earlier hominins, wrote Anne Stone, an anthropological geneticist at Arizona State University who was not involved in the research, in an email to Popular Science.

The researchers also found 10 consistent bacterial species that have co-evolved with humans, chimpanzees, gorillas, howler monkeys, and Neanderthals for a long time, potentially for up to 40 million years—suggesting that those species are particularly important in the oral microbiome. But despite this importance, the researchers note, they have been understudied; some don’t even have names. “Although there’s been such a focus in oral microbiology on disease-causing organisms, we haven’t studied the ones that are actually probably most fundamental to our health,” says Warinner.

“I think this is a really exciting opportunity in microbiology to understand what these bacteria are and do and why they seem to be conserved in our mouths for over 40 million years of evolution,” says Warinner. “They might be a key to understanding oral and dental health.”