Methotrexate was introduced in the 1940s as a chemotherapy agent. Misoprostol was developed in the 1970s to treat stomach ulcers. 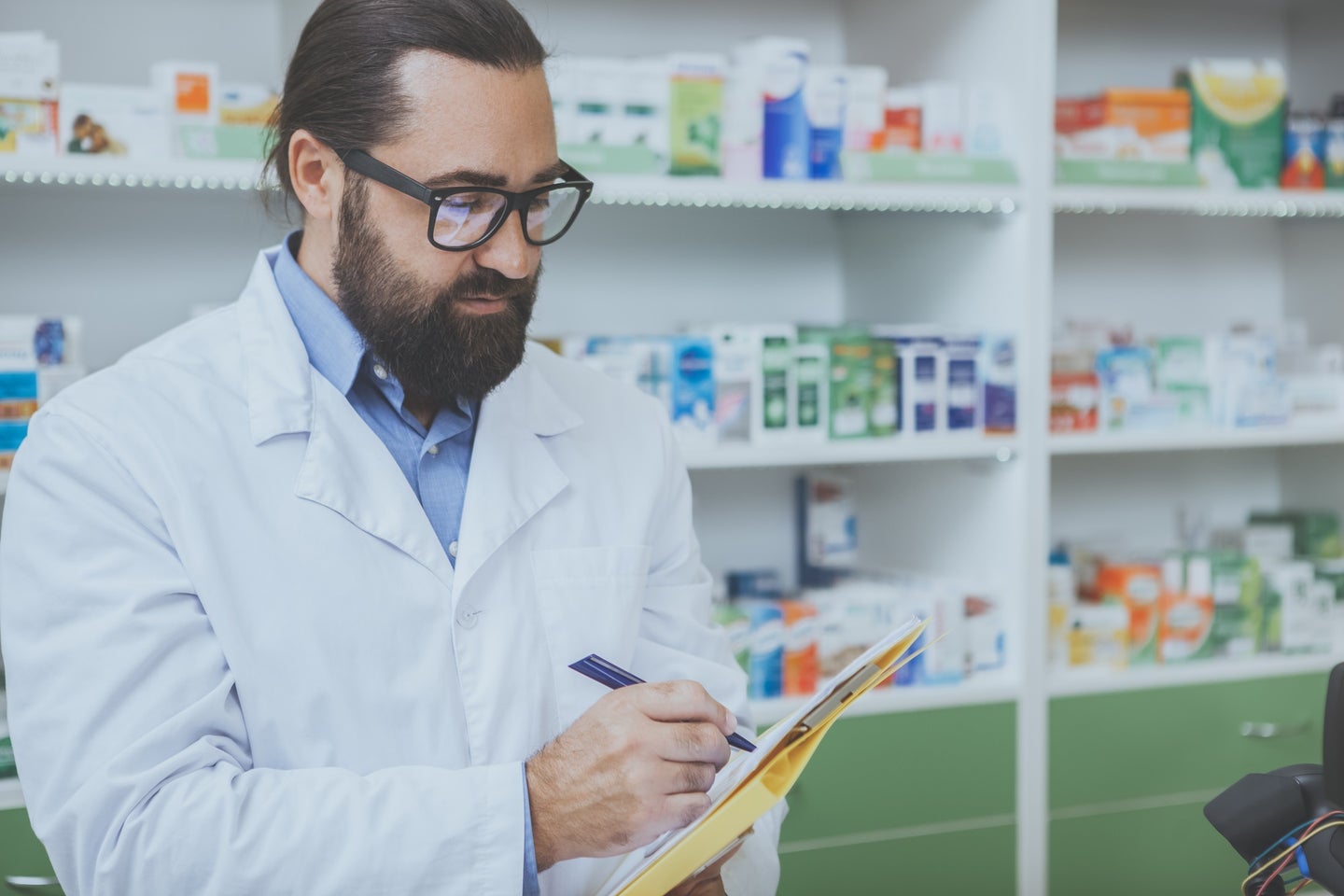 Some pharmacies in states with abortion bans are already refusing to stock contraceptives. Deposit Photos
SHARE

On July 13, the US Department of Health and Human Services (HHS) notified pharmacies that refusing to fill prescriptions for medicines containing ingredients that can induce abortion or prevent pregnancy could be in violation of federal civil rights law.

The new guidance, which is aimed at the roughly 60,000 retail pharmacies across the country, breaks down how withholding certain medicines would discriminate against customers on the basis of sex or disability. These drugs include contraceptives, miscarriage treatments, and several non-abortion medications used to treat conditions like rheumatoid arthritis, ulcers, and multiple sclerosis.

[Related: The US can’t agree on what a life-saving abortion is]

Experts are concerned that some pharmacists in states that have passed abortion restrictions might be unwilling to dispense common medications, even when they have been prescribed for other purposes besides reproductive healthcare. “Reproductive rights are not only a women’s issue, nor are they only an [obstetrics] issue,” Sara C. LaHue, an assistant professor of clinical neurology at the University of California, San Francisco, said in an email. “Restrictions on abortion will affect the care provided by the vast majority of medical specialties in the US.”

Abortion medicines with many uses

The HHS document describes several situations where refusing to fill a prescription can be discriminatory. These include prescriptions for mifepristone and misoprostol, which are used for both abortion and miscarriage care. Mifepristone blocks hormones necessary for a pregnancy to continue, while misoprostol causes the cervix to soften and the uterus to contract and empty itself.

“Because they’re the meds also used for first-trimester abortion, some pharmacists have reportedly not dispensed them to patients who are having a miscarriage, despite a valid prescription, for fear of running afoul of their state abortion laws,” Katharine O’Connell White, an associate professor of obstetrics and gynecology at the Boston University School of Medicine and gynecologist at Boston Medical Center, said in an email. “Restricting access to mifepristone and misoprostol takes away the choice of people who are having a miscarriage to manage their pregnancy loss with medication, and avoid a procedure. This makes the already difficult experience of pregnancy loss even worse.”

Misoprostol is also prescribed to people who are enduring very heavy bleeding during a miscarriage. If these patients aren’t able to fill a prescription for misoprostol at the pharmacy, White wrote, they face a higher risk for hemorrhaging, needing a blood transfusion, or dying.

Misoprostol was developed in the 1970s to treat stomach ulcers. It’s still used to prevent ulcers related to long-term use of anti-inflammatory medications such as ibuprofen, White explained. The drug protects the stomach by reducing acid secretion, increasing mucus production, and changing blood flow in the lining of the organ.

Another medication with varied uses is methotrexate. The drug was first introduced in the 1940s as a chemotherapy agent due to its ability to prevent cells from making and repairing DNA, and today is used to treat a variety of cancers. Methotrexate also suppresses the immune system and is prescribed for multiple sclerosis, myasthenia gravis, rheumatoid arthritis, psoriasis, and Crohn’s disease, LaHue explained.

Additionally, methotrexate can be used to end ectopic pregnancies—which occur when a fertilized egg grows outside the uterus—by disrupting the metabolism of folic acid to halt cell growth. “If a pharmacist doesn’t release this medication, a patient is then forced to have a surgical procedure where they will likely lose one of their fallopian tubes,” White wrote. Without surgery, an ectopic pregnancy can rupture and lead to hemorrhaging and death. “Simply put, abortion care cannot be separated from the rest of pregnancy care,” she added.

Some pharmacies are also refusing to stock or dispense contraceptives based on misconceptions around how the treatments work. Birth control pills, morning-after pills, IUDs, and other contraceptives prevent pregnancies from taking place—they don’t cause abortions, White underscored. If a pharmacy refuses to fill a prescription for emergency or hormonal contraception, but provides other contraceptives such as condoms, it could count as sex-based discrimination, per the HHS.

The Supreme Court’s recent decision to end the longstanding right to abortion in the US might also make certain non-abortion medications that can affect fetal development less accessible, explained LaHue, who published an article in the journal JAMA Neurology earlier this month about how the ruling will impair the ability of neurologists to properly care for their patients.

Several common medications for neurological conditions have teratogenic effects, which means they can interfere with the development of an embryo or fetus. These include the drugs teriflunomide and fingolimod for multiple sclerosis and an antiseizure medication called valproate. Often, people with the ability to become pregnant need to use contraception to be prescribed teratogenic drugs, LaHue explained.

“However, no contraceptive is 100 percent effective, and some medications (especially antiseizure drugs) may even reduce the efficacy of contraceptives. So, unintended pregnancies with these medications are realistically unavoidable,” she wrote in her email. “Physicians may be unwilling to prescribe them in states where abortion is banned, and we may also see increases in serious birth defects in these states.”

Many cancer drugs can also be teratogenic. This raises the possibility that in some areas a sick patient who becomes pregnant won’t be eligible for certain treatments. “Restrictions on reproductive healthcare will limit management options for women with life-threatening diagnoses during pregnancy,” LaHue noted.

An additional concern includes drugs that haven’t yet been shown to be safe in pregnancy. Many medications lack data addressing this question, LaHue mentioned. “In these cases, it is safer for the fetus to avoid such medications, but it may mean that treatment is being withheld from the mother not because of evidence of harm, but because of lack of evidence,” she added. “We need pharmaceutical companies to study teratogenic risk profiles to reduce disparities in care across medical specialties.”

Meanwhile, HHS has emphasized that it is committed to “vigorous enforcement” of civil rights laws to protect the health of people who are pregnant or experiencing miscarriages. Among its civil rights enforcement responsibilities, it is responsible for protecting the rights of women and pregnant people in their ability to access care that is free from discrimination,” the agency wrote in its new guidance for pharmacies. “This includes their ability to access reproductive health care, including prescription medication from their pharmacy, free from discrimination.”