Miscarriages could become more dangerous in a post-Roe world

The same medications and procedures essential for abortions are also used to treat miscarriages in the US. 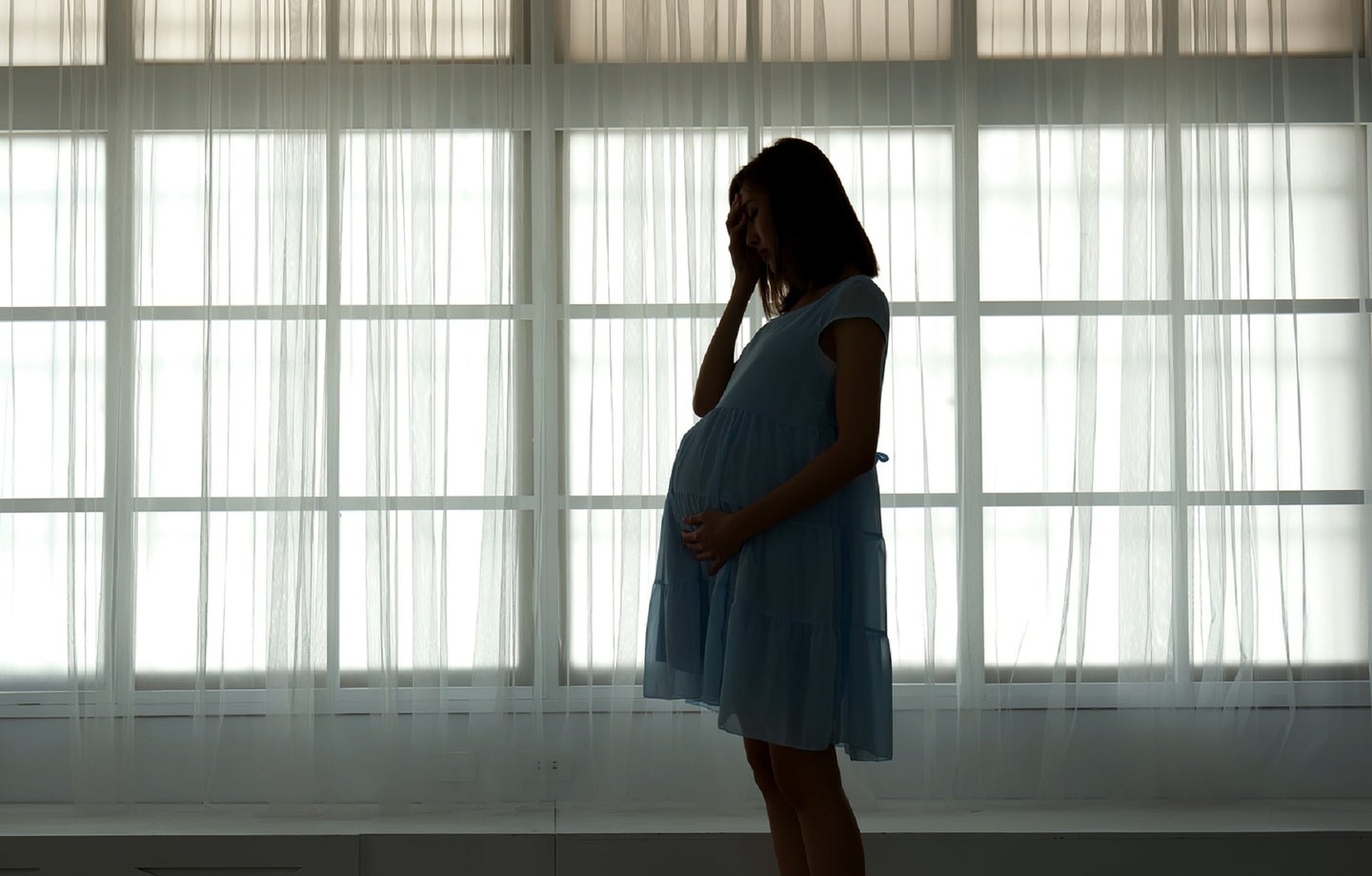 In the next few weeks the Supreme Court will rule in a case that could overturn Roe v. Wade and demolish the constitutional right to an abortion.

If this happens, the decision would have far-reaching and damaging impacts on every aspect of reproductive health care, experts say, including for people who experience miscarriages. The medicines and surgical procedures used in abortions are also used to treat miscarriages, so restricting abortion access means that people in many states will have fewer options to safely manage the unexpected loss of their pregnancies.

“For those of us on the ground who care for pregnant patients regardless of what their outcome is, our hands are tied and will be further tied to deliver evidence-based care,” says Courtney Schreiber, an OB-GYN and chief of the division of family planning at Penn Medicine.

The US already has “an abysmal public health record” compared with similarly wealthy countries for severe complications and deaths in pregnant people, says Aileen Gariepy, an OB-GYN and director of complex family planning at Weill Cornell Medicine in New York. Reversing Roe v. Wade will only worsen this problem, including the people who will be unable to access care for their miscarriages.

[Related: What science tells us about abortion bans]

Miscarriages occur when a fetus dies before the 20th week of pregnancy (the loss of a pregnancy after this point is known as a stillbirth). Most happen in the first trimester, and an estimated 10 to 20 percent of known pregnancies end with miscarriages. In fact, it’s the most common complication in pregnancy, Schreiber says.

“We can’t assume that just because a person is pregnant that everything will go smoothly, perfectly, and result in a healthy baby at the end of the pregnancy,” she explains.

When a person miscarries in their first trimester, they have three options. One is to watch and wait to see if the body will recover from the miscarriage on its own. Another is to have a minor surgical procedure called a suction dilation and curettage to empty the uterus. This procedure is also performed when the placenta becomes stuck after a normal, full-term vaginal delivery, Gariepy says.

The third option is to take medication that prompts the uterus to contract and push its contents out through bleeding and cramping. “Women who want medical management might like the privacy of being in their homes, being surrounded by their loved ones,” Garipey says.

In these cases, the miscarrying person receives a pair of medications called mifepristone and misoprostol. Physicians used to prescribe misoprostol on its own. However, Schreiber and her colleagues reported in a 2018 paper in the New England Journal of Medicine that the drug is significantly more likely to clear the uterus when paired with mifepristone—as is done in medical abortions.

“By decreasing access to these medications for abortion, the care for miscarriage patients will also be adversely impacted,” she emphasizes.

For people in the first trimester of pregnancy, limited access to effective medical miscarriage treatment options is rarely life-threatening, Gariepy says. But it does mean that the pregnant person will have to endure more days of bleeding and cramping and be more likely require a surgical procedure. (This is already happening in Texas, which banned most abortion care last September). “That burden will be physiologic; it might be psychological; it could be socioeconomic if you have to take days off of work,” Gariepy adds.

Losing a pregnancy can be more dangerous after the first trimester. At that point the treatment options are to induce labor or a procedure called dilation and evacuation. If “we try to wait for Mother Nature to empty the uterus, women can become very sick. They can become septic; they can lose their uterus; they can die,” Gariepy says. But “if that fetus still has a heartbeat, any intervention we take at that point is an abortion—so if abortion is illegal and criminalized, then more women will die.”

This is exactly what happened to a woman named Savita Halappanavar in Galway, Ireland, in 2012. After being denied timely treatment when she began to miscarry 17 weeks into her pregnancy, Halappanavar developed an infection and died. Her case became a rallying point, and in 2018, Ireland passed legislation loosening some restrictions on abortion.

In the US, patients at certain religious hospitals have also become seriously ill after being refused treatment for miscarriages.

“We already are seeing in states where abortion restrictions have been implemented that … patients and pregnant people are getting sicker, maybe winding up with sepsis or profound amounts of blood loss before they can be treated,” Schreiber says. “People will be taking more time away from work, requiring more childcare and emotional support after these events because of how traumatic we as a society have made them, when [miscarriages] can be safe and easily cared for.”

[Related: A simple blood test could save new mothers. Why aren’t more doctors using it?]

In the future, there might even be a shortage of physicians who can provide these treatments. Schreiber foresees that fewer medical students will choose to go into obstetrics and gynecology, knowing that they might not be allowed to deliver proper care to their patients. Medical students in some places are already not being trained to treat abortions—and miscarriages.

“The number and types of legal restrictions state by state and are extremely laborious and confusing both for providers and for patients, so knowing what is legal, what is illegal, and working within the legal system in order to provide safe care is another critical consideration,” Schreiber says.

In states with particularly restrictive laws, people who miscarry will face an additional danger: being prosecuted on suspicion of having a self-induced abortion.

“If you’re miscarrying at home and are bleeding heavily and are afraid to go to the emergency room because you don’t want to be arrested, then you might be more likely to stay home,” Gariepy says. “And that could be dangerous.”

Doctors and reproductive rights advocates are now planning for a “patchwork of protection” across the US, “where some women will have their autonomy and health upheld and their dignity maintained, and other women will need to seek care elsewhere,” Gariepy adds.

“There is a reason that the doctor-patient relationship occurs between the doctor and the patient, and not the doctor and patient and the legislator, and interfering with medical care is misguided and will result in harm,” she says.

What’s more, the rollback of reproductive rights comes at a time when understanding and treatments for early pregnancy loss have never been better, Schreiber points out. “The problem is being able to deliver that evidence-based care,” she says. “The effects on females in the US will be felt for years and decades to come.”