The reversal of Roe v. Wade breaks the US standard for healthcare

A patchwork of abortion 'trigger laws' will put reproductive healthcare and resources all over the map. 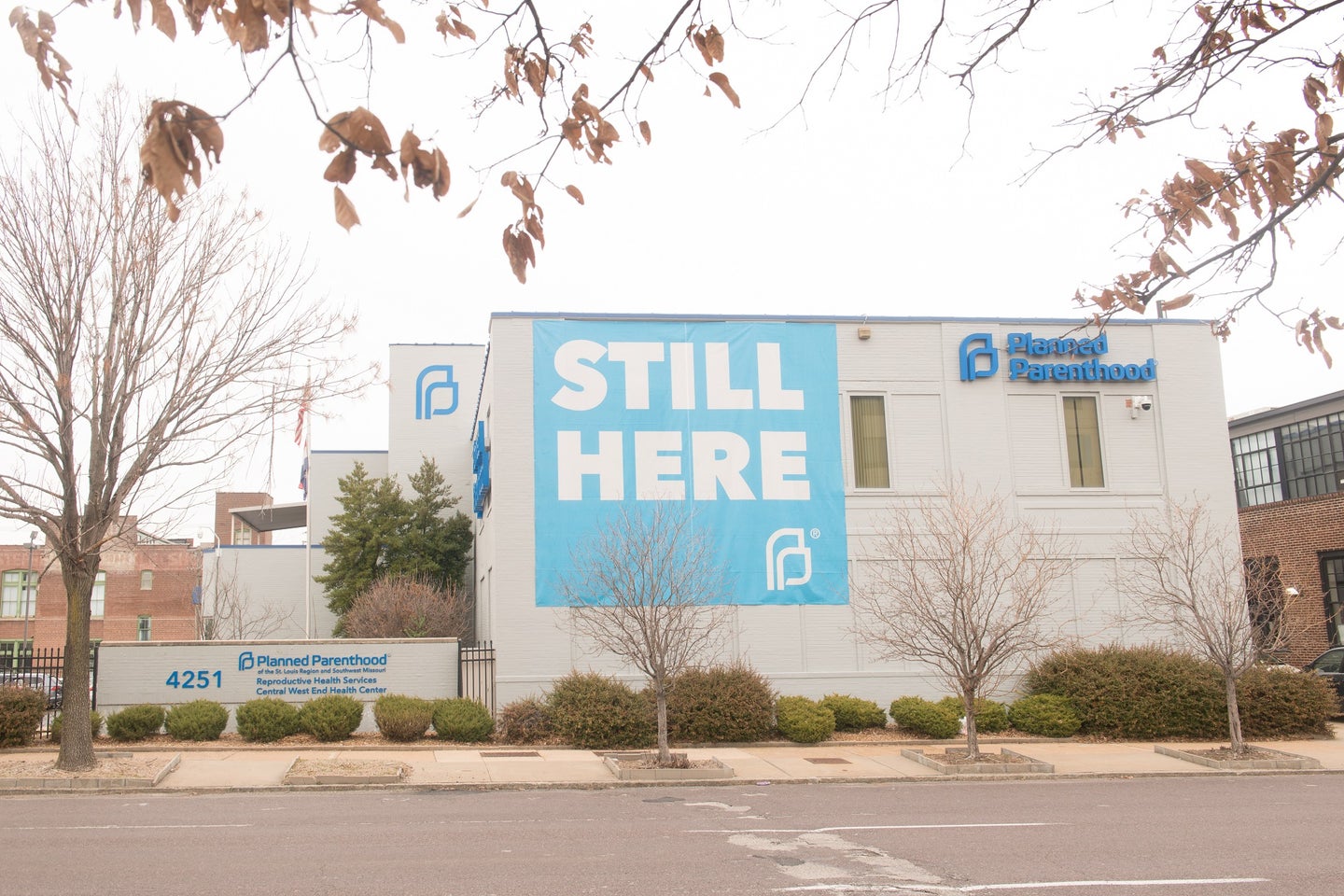 The Supreme Court of the US has ruled to overturn Roe v. Wade, dismantling Americans’ constitutional right to an abortion.

The case, Dobbs v. Jackson Women’s Health Organization, concerns a 2018 law passed by Mississippi barring abortions after 15 weeks of pregnancy. The Supreme Court’s decision, released this morning, was similar to a draft opinion leaked to Politico in early May. In their dissenting opinion, Justices Stephen Breyer, Sonia Sotomayor, and Elena Kagan wrote, “Yesterday, the Constitution guaranteed that a woman confronted with an unplanned pregnancy could (within reasonable limits) make her own decision about whether to bear a child, with all the life-transforming consequences that act involves … But no longer. As of today, this court holds, a state can always force a woman to give birth, prohibiting even the earliest abortions.”

US Attorney General Merrick Garland described the decision as a “devastating blow” and said that the Justice Department would use “every tool at [its] disposal” to protect reproductive freedom.

The fallout of the ruling will vary greatly from one state to the next, and some restrictions will take effect sooner than others. About half of US states are expected to ban abortion. Thirteen states have “trigger” laws in place that were intended to illegalize relevant medications and procedures in the event that Roe v. Wade was demolished, some of which could go into effect right away. Other states have introduced legislation to safeguard abortion access.

“Access to healthcare should not be determined by what state we live in,” says Aileen Gariepy, an OB-GYN and director of complex family planning at Weill Cornell Medicine in New York. “In New York, the right is protected, the healthcare is protected. But for people living in half of the states, they won’t have that same autonomy and dignity.”

Many pregnant people don’t have the resources to travel to neighboring states to receive abortion care. “Women with less financial resources and unstable housing, lack of transportation, living in rural communities or in poverty, will be the ones that are most affected,” Gariepy says.

[Related: Miscarriages could become more dangerous in a post-Roe world]

In the past few years, hundreds of thousands of Americans of a wide range of ages, religions, ethnicities, and economic backgrounds have received abortions at clinics and doctor’s offices. Blocking access to abortion will only serve to increase health complications and deaths among pregnant people, Gariepy explains, compounding the nation’s already-terrible record with maternal fatalities. She also foresees that abortion bans will spill over to impact other aspects of healthcare, such as treatment for miscarriages and infertility.

“These abortion bans don’t solve any problems,” says Angela Y. Chen, an OBGYN and director of the family planning division at UCLA Health. Abortion restrictions have mounted in recent years across much of the country, and have already demonstrated that barriers to reproductive healthcare only create unnecessary delays and harm for pregnant people, she says.

“Abortion care is very safe,” Chen emphasizes. Most abortions take place during the first trimester, either through medication or an in-clinic procedure.

“I have great concern for women who develop the need for abortion later in pregnancy,” Chen says. “They will have to leave their home and their providers to seek care elsewhere when they are feeling the most vulnerable. Their situations may have changed: It could be a new diagnosis of a fetal problem, or onset of a maternal condition that makes continuation of pregnancy dangerous.”

“As you progress further into the pregnancy, the medical risks start to increase,” she adds. “We don’t want to add any further delay for any woman who needs to get their care quickly.”

The Supreme Court decision raises a host of thorny legal issues for pregnant people, healthcare providers, and state governments, says Khiara M. Bridges, a professor at the UC Berkeley School of Law, who specializes in race, class, and reproductive rights.

“We are going to see an abundance of lawsuits for the next 10 years, if not longer, around what states can and cannot do to regulate abortion,” she says. “It’s complicated. There aren’t easy answers, and there’s a lot of uncertainty.”

“In states with existing trigger laws [that ban abortion], there’s uncertainty about whether they’re in effect or not,” Bridges explains further. “Providers likely would not provide abortions because of the uncertainty, because they might be subject to criminal punishment. So in those states, I imagine there will not be abortions being performed immediately after Roe falls … but I’m not sure that’s how providers will organize their lives.”

Physicians in states facing harsh new restrictions on abortion are already confronting difficult questions about how best to provide care to their patients. Some are still continuing to deliver care and resources, while others are gearing up to face legal pushback.

“I’m thinking now about what can we do to get more people in for birth control and IUDs, and expedite people getting those services because they’re so much more important than they’ve ever been before,” Louis Monnig, an OBGYN in Louisville, Kentucky, told the New York Times. “How can we streamline mutual aid and abortion assistance to patients who will likely need to travel and incur more expenses and loss of time at work just to exercise their bodily autonomy?”

It’s probably that more people will obtain abortion pills without a prescription or doctor’s supervision. A number of organizations such as Plan C offer information about how people can self-manage abortions.

“Self-managed abortion can be safe when people have access to [the medications] mifepristone and misoprostol,” Gariepy says. “Healthcare organizations and physicians will be working towards making sure that that is clear, versus traditional or historic or other kind of mythical self-managed abortion [methods] like drinking turpentine or inserting knitting needles.”

[Related: The dangers of digital health monitoring after abortion bans]

Additionally, areas where abortion care is protected are planning for a surge of people from those with more restrictive rules. “States like Colorado, Minnesota, [and] Illinois are probably going to see a surge, more so even than New York,” which is in a region with more abortion protections, Gariepy says. “But certainly doctors are trying to meet people where they’re at. Women coming to us for safe compassionate abortion care will get it.”

Medical associations were swift to condemn the Supreme Court ruling as well. “Allowing states to set individual restrictive abortion policies, including restrictions outright bans on this essential component of medical care, results in increased inequities that already plague the healthcare system and this country,” the American College of Obstetricians and Gynecologists said in a statement.

In its statement, the American Medical Association described the decision as an “egregious allowance of government intrusion into medicine.”

“We will always have physicians’ backs and defend the practice of medicine, we will fight to protect the patient-physician relationship, and we will oppose any law or regulation that compromises or criminalizes patient access to safe, evidence-based medical care, including abortion,” the organization wrote. “As the health of millions of patients hangs in the balance, this is a fight we will not give up.”