The booster dose will be given at half the dosage of the original two-shot vaccine. 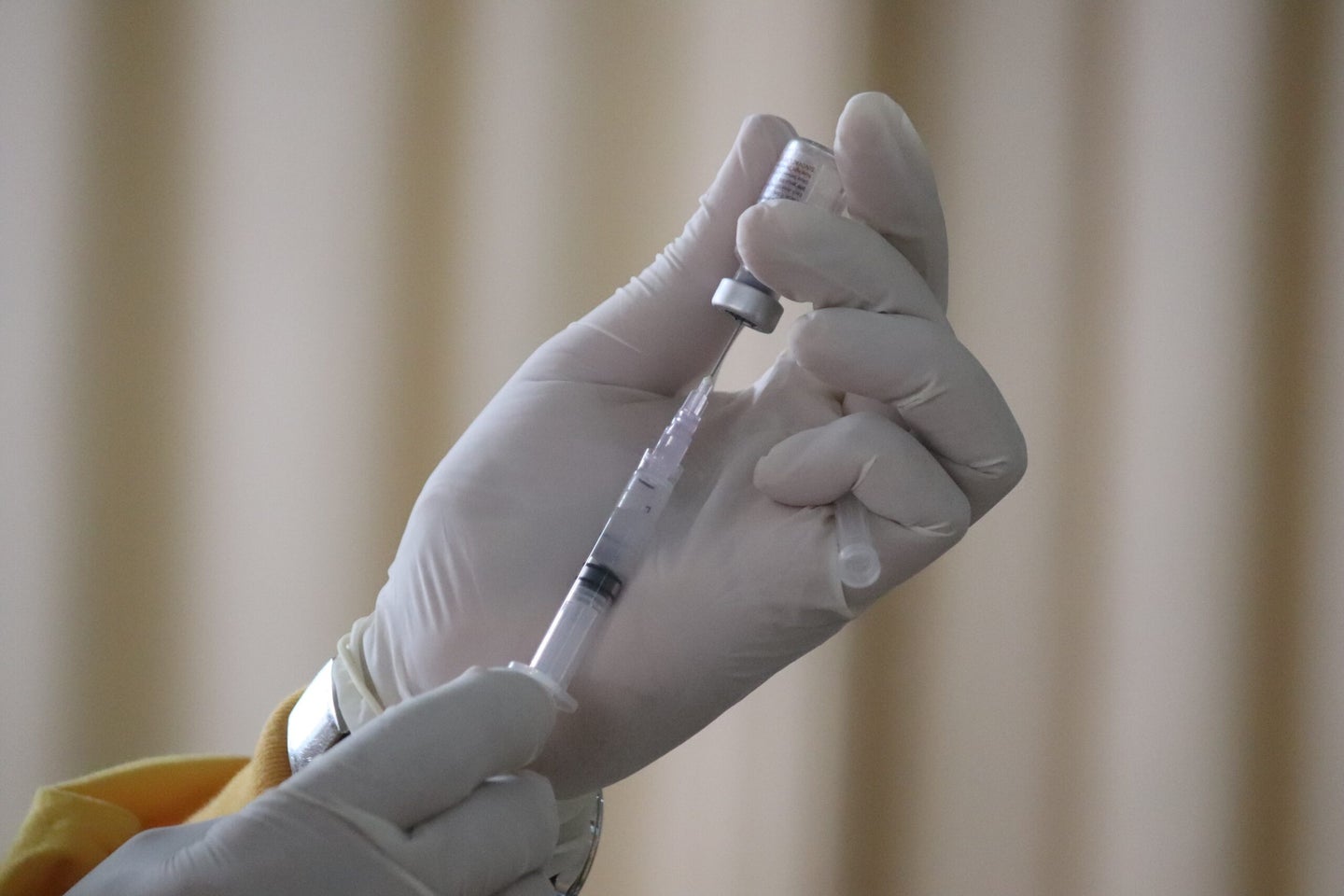 Moderna's clinical trials are officially underway for the first HIV vaccine of its kind. Unsplash
SHARE

On Thursday, an advisory panel of scientists for the Food and Drug Administration voted unanimously to recommend a booster shot of Moderna’s COVID-19 vaccine for a large number of Americans. The group, who convened virtually for a day-long meeting, recommended a third, booster dose of the mRNA vaccine be given to those 65 and older, as well as people whose medical conditions put them at high risk of severe COVID-19 and those whose occupations make them more likely to get infected with the novel coronavirus. The booster should be given six months after Moderna recipients received their second dose.

Unlike Pfizer’s booster, which will be given at the same dosage as its original two shots, Moderna’s booster will be given at half the original dose—50 micrograms rather than the original 100 micrograms—though experts think this won’t mean people will experience less symptoms. During the meeting, scientists surmised that recipients of the booster dose are likely to experience similar symptoms to what they experienced after their second shot in the original two-dose regimen. While experiences differ among individuals, many people noted more side effects (such as low-grade fevers, body aches, and headaches) after the second dose.

[Related: The CDC recommends booster shots for healthcare workers and other at-risk groups]

The advisory panel doesn’t make the final call. Members of the FDA will meet in the coming weeks to make a final decision, though they usually follow with what the advisory panel recommends.

Lack of data surrounding booster shots has been a major concern over the past several months. During meetings last month to discuss third doses for Pfizer’s vaccine, researchers presented evidence showing that the COVID-19 vaccine is incredibly efficacious in the first few months, but declines over time. One study published by the CDC showed that the Pfizer vaccine’s ability to prevent hospitalization dropped from 91 percent to 77 percent in the four months after the second dose. But data on the Moderna vaccine didn’t show that same slip in efficacy, which made some researchers consider whether recipients of that vaccine should wait longer for a booster shot, theoretically waiting for the vaccine to lose potency. The booster should prevent more mild to moderate cases, however, even if efficacy is still high for preventing hospitalizations.

Before Moderna booster doses are officially recommended for these at-risk groups, the FDA will need to meet and recommend them as well. The CDC will also weigh in with its recommendations, which most medical institutions look to for their own guidance.

Check back for updates.