Lightning strikes could double in the Arctic this century, setting the tundra on fire 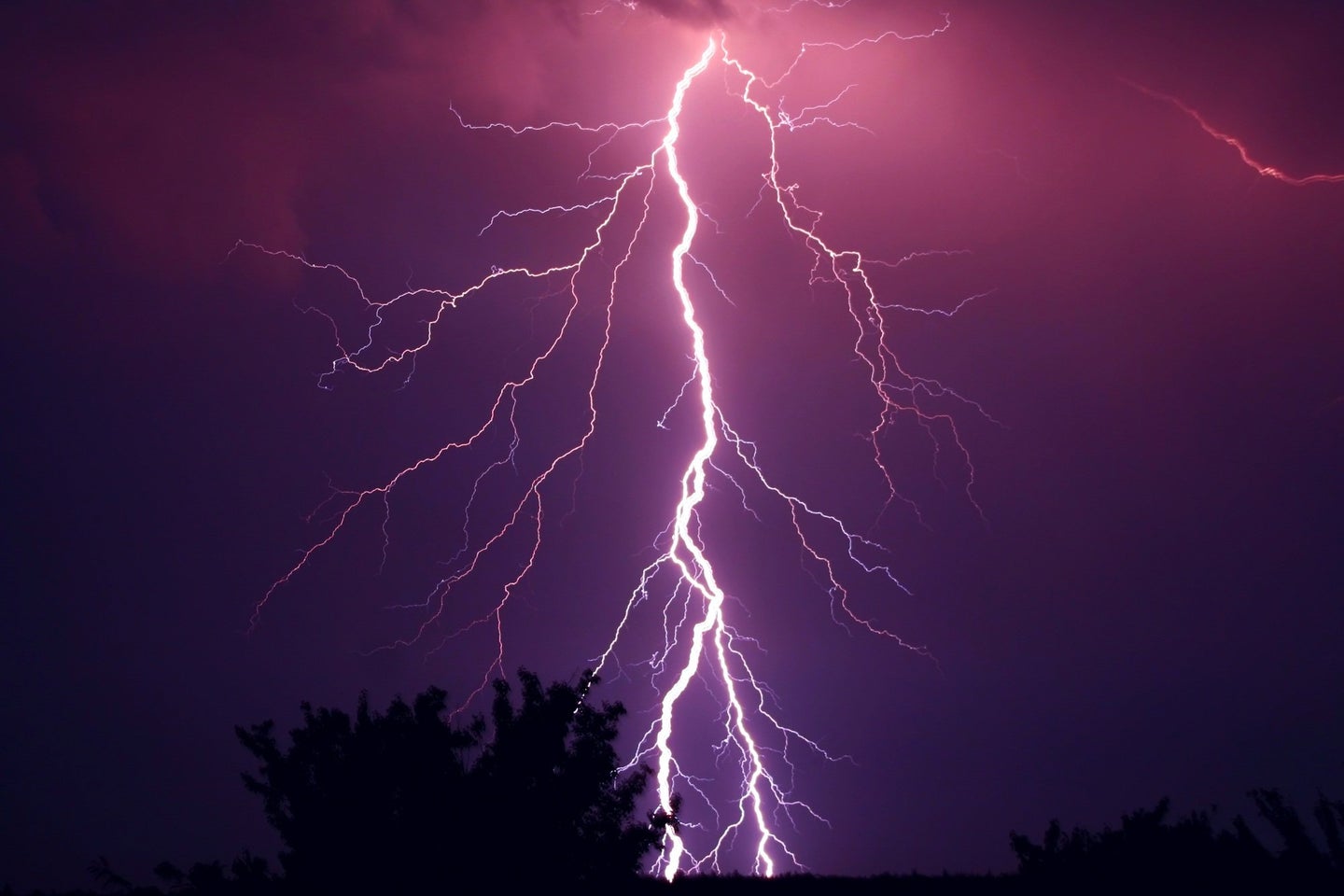 Lightning strikes will get more common in the Arctic as the planet warms. Ron Rev Fenomeno/Pixabay
SHARE

Over the course of 2019 and 2020, hundreds of fires burned in the tundra of Siberia, releasing stores of carbon similar to the entire annual emissions of France. As the Arctic continues to warm, similar fires are likely to become more common: lightning, one of the few firestarters in the far north, is becoming more common.

According to research published yesterday in Nature Climate Change, by the end of this century, lightning will be about twice as likely in the Arctic if greenhouse gas emissions continue as usual.

“We’ve been trying to find out in the Arctic region, where there’s little fire in the region previously, how that will change in the future,” says Yang Chen, who researches climate and wildfire at UC Irvine, and was the lead researcher on the study. “And the only ignition source is lightning strikes.”

Lightning requires two ingredients: warm air that rises quickly from the ground, and moisture. “When you get warm air … it kind of bubbles up through the atmosphere,” says Peter Bieniek, a climatologist at the University of Alaska who was not involved in the research. “It actually condenses, just like you would condense humid air on a cool window.” When that water freezes into ice, it can create lightning.

Right now, the Arctic is cold and fairly dry, and so lightning is rare. But by comparing satellite records of Arctic lightning with global climate models showing where those conditions were likely to occur in the future, the team could predict at a fine scale how likely lightning strikes might be as time went along. Even if emissions slow down, they found, there will be about 40 percent more lightning for every degree Celsius.

Those turbulent, wet conditions are becoming more common across the United States. A 2014 study in the journal Science predicted that by the end of the century, the country would experience 50 percent more lightning. What’s surprising, Chen says, is the magnitude of the changes in the Arctic: “It’s really big. It’s much bigger than in other regions of the world.”

The Nature research is actually the second recent study to find this result in the Arctic: a team of researchers in Alaska predicted last year that lightning strikes would double in the state over the next century. Alison York, a fire ecologist at the University of Alaska Fairbanks who co-authored that study, says that the findings in this most recent research are consistent with other work. “The physics of climate change would say, yes, we would have increased lightning, just from increased air temperatures.”

Those changes have implications not only for the Arctic landscape, but for the entire planet.

Right now, fire isn’t a major component of the tundra. “If you think of a tundra ecosystem, you think of these little tiny plants: little tiny blueberries, dwarf mosses, birch, lots of mosses,” says York. That’s because only a few inches to a foot of ground thaw out every summer, and larger plants can’t survive in the shallow conditions. That also means that fires normally don’t spread widely. “The fires are kind of like peat burning, along the surface,” says Chen, or into the carbon stored in the ground itself.

[Related: Beavers might be making the Arctic melt even faster]

The “dirt” on a tundra is mostly layers of older, dead plants, says York, “forming this blanket of moss, and litter” called duff.

More lightning would mean more fire, and that could tip the environment into something entirely different. Spring melts could reach deeper into the ground, and trees could take root in the bare soil. That process is likely to speed warming, and maybe spur even more lightning.

At stake is the permafrost, the rock-hard layer of soil that hasn’t thawed in tens of thousands of years, and which locks in a sleeping giant of methane, half-decayed plants, and carbon-rich dirt. In some places, that material has piled up thousands of feet deep. When it escapes—through burning, rotting, or simply burping out into the air—it contributes to greenhouse gas emissions, speeding up climate change.

With the insulating mosses and grasses burned away, it’s likely that the permafrost will melt even faster. “That blanket keeps the permafrost cold. And as the fire burns into that blanket of duff, the underlying ground is exposed and warmed,” says York.

If the fire goes deep enough, there’s more ground to grow in, allowing trees and shrubs to move in, which in turn speeds up the warming process. Because trees are darker than the surrounding snow, they absorb heat rather than reflecting it. “You can actually deliver energy directly from the sun to the soil surface, so you can actually accelerate permafrost thaw,” says James Randerson, an author on the recent paper who studies climate change’s impact on Arctic ecosystems at UC Irvine.

Forests also have their own effects on fire and lightning; there’s some evidence that, because they create warm, wet conditions, they can actually promote lightning storms overhead. And when a fire is sparked in the boreal forest, it tends to jump from tree to tree, resulting in much larger blazes. Lightning will probably become more common in forests too, but won’t create the same kinds of landscape changes.

“We have not seen documentation of treeline migration on a large scale, but that might just be a process that takes a long time to observe,” York says. And, she notes, some of the trends can be seen in localized areas already, as in the site of a giant 2007 tundra fire that’s now growing back as willows and other brush.

The transition might take decades, Randerson agrees. “There’s a time delay between when climate conditions are suitable, and the migration rates of these trees’ lifetimes. It takes them a while to catch up.”

Correction April 6, 2021: This article previously mischaracterized the number of fires burning in the Arctic last year. It was hundreds, not a handful, as previously stated. The article also previous erroneously quoted a “Troy” when it should have been quoting Alison York.