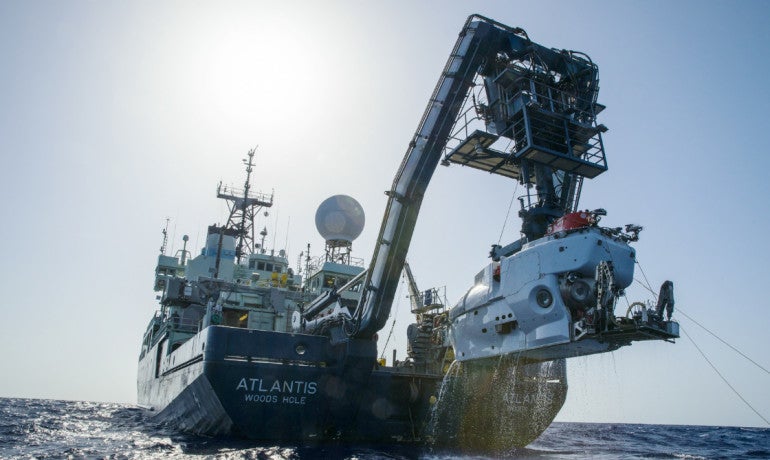 The ship Atlantis with the submarine Alvin suspended above the water. Luis Lamar/WHOI
SHARE

North Carolina has a history of shipwrecks. The area off the coast of North Carolina is known as the ‘Graveyard of the Atlantic‘ for a reason. It is the final resting place of countless ships, sunk by storms and treacherous shoals and sandbars. Underwater archaeologists have located many of these wrecks, including the pirate Blackbeard’s ship, The Queen Anne’s Revenge. The latest shipwreck to make headlines was found offshore, 150 miles from the coast in frigid waters a mile deep, and it was found by a robot.

Sentry, an autonomous underwater vehicle, was running a routine check for a mooring that the scientific team left in the area three years ago.

“I have led four previous expeditions to this site, each aided by submersible research technology to explore the sea floor — including a 2012 expedition where we used Sentry to saturate adjacent areas with sonar and photo images,” Cindy Van Dover, the leader of the expedition said in a statement. “It’s ironic to think we were exploring within 100 meters of the wreck site without an inkling it was there.”

Storm and tidal activity likely uncovered the wreck. The researchers took the Alvin submarine down for a closer look. There, they found numerous artifacts lying on the seafloor, including timbers, bricks, pottery, navigational instruments, and bottles that could have held alcohol. (Unfortunately, it doesn’t look like any still contained the original liquid, unlike some shipwrecked cargo.)

The early age estimate is that it dated from around the time of the American Revolution sometime between the late 1700s and early 1800s. Beyond that, it’s still a mystery.

The team brought one of the bottles to the surface, but a full-blown underwater archaeology dig isn’t possible at the moment, and the scientists on board are eager to resume their work investigating areas where methane, a potent greenhouse gas, is seeping out of the seafloor.

“We are finding amazing biological communities around the seeps, ranging from giant mussels that can be 100 to 200 years old or older, to giant tube worms that can be hundreds of years old as well, to a very strange-looking creature called a chimaera, which is a distant cousin of sharks and rays,” Dave Eggleston, one of the researchers on the ship told Live Science.

The current mission will continue. An expedition to the wreck could be possible in a year or so, once funding is secured.

Alvin and the Shipwreck

The ship Atlantis with the submarine Alvin suspended above the water.

This sonar image was captured by the robotic autonomous underwater vehicle, Sentry. The dark lines were the first indication of a shipwreck. 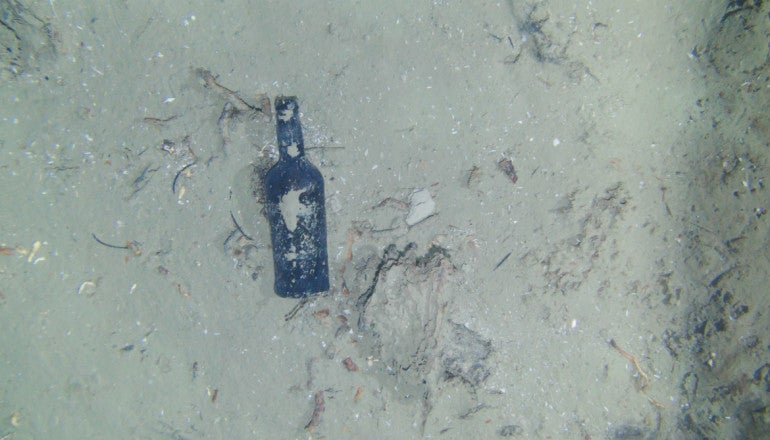 The team found 9 bottles, thought to hold either beer or wine. 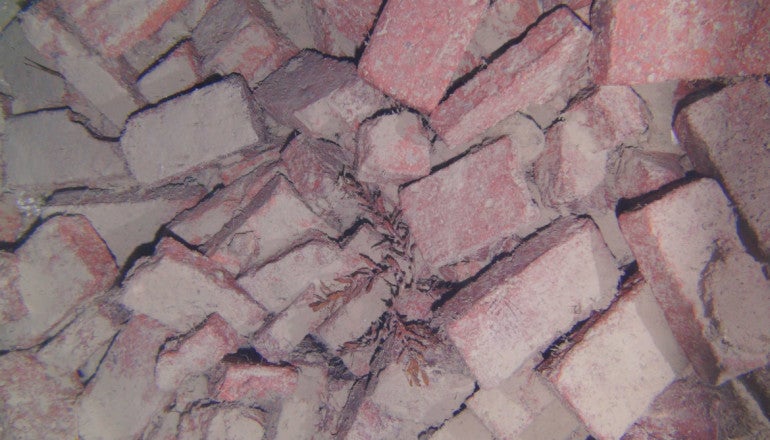 The bricks may have come from the ship’s hearth where food was prepared. 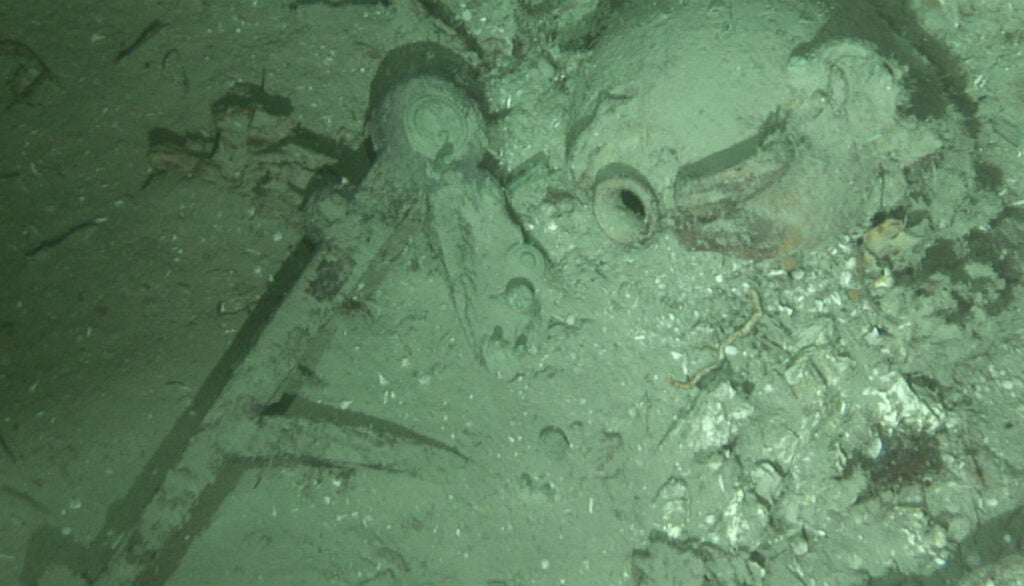 The team also found a device that resembles a sextant (a device used for navigation) and some pottery.
archaeology
archeology
AUV
beer
Science