Kindergarteners Who Share May Be Successful in the Long Run

For decades, researchers and parents have wondered which attributes for kids led to a happy, successful life and which put... 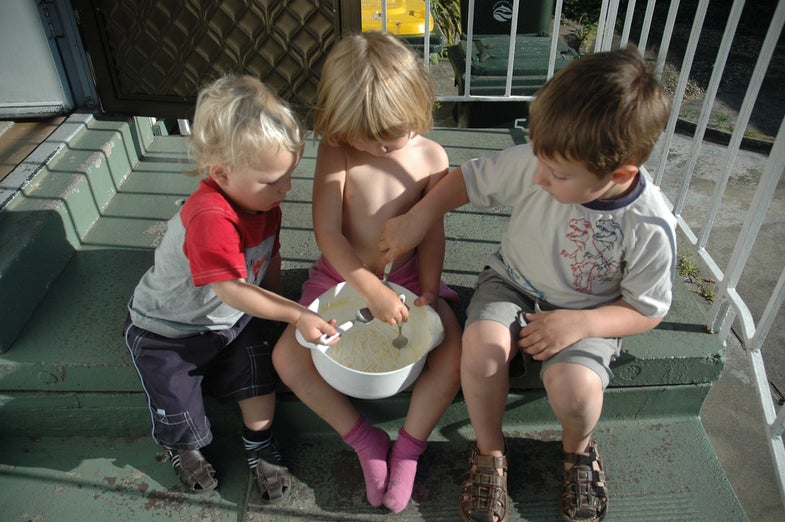 For decades, researchers and parents have wondered which attributes for kids led to a happy, successful life and which put kids on a path to a darker future. Now, they may be one step closer to figuring out how to set young children on the path to attainment – and it looks a lot like sharing, listening and cooperation.

Researchers analyzed what happened to nearly 800 kindergarteners from four locations after their teachers measured their social competency skills in 1991. The children were evaluated on a range of social behaviors, such as whether they resolve peer problems, listen to others, share materials, cooperate, and are helpful. Each student then received a composite score representing his or her overall level of positive social skills, on a scale from 0 (“not at all”) to 4 (“very well”).

The research team monitored these students and monitored how they were doing – with employment, substance abuse or run-ins with the law – until they were 25.

What they found surprised them: for each point higher on the scale of social skills, a child was twice as likely to attain a college degree in early adulthood; 54% more likely to earn a high school diploma; and 46% more likely to have a full-time job at the age of 25. The results were published last week in the American Journal of Public Health.

Moreover, the results show the predictive power of social skills independent of other factors like neighborhood quality, socioeconomic status or early academic ability. The researchers note while these variables are predictive of some adult outcomes, there is a special power to social competence.

So what exactly are these skills? Study author Damon Jones says that social competence is more than just behavior. The items on the scale include: how well the child resolved peer problems, understood feelings, acted helpful to others or cooperated. “These early skills are vital, not just in school but in life – and kindergarten is a critical time for developing social competence,” he said.

When looking at the class as a whole, teachers tend to create a bell curve with these ratings, with some kids falling low and others high, with the majority somewhere in the middle. One potential challenge of the study was that it relied on self-reported data from the kindergarten teachers, who could have biases against certain students.

The good news is the skills are malleable, and there are programs that help kids boost their ratings of social competence. Money put into programs that help at-risk kids get better at sharing and cooperating may save society the costs of incarceration or substance abuse treatment.

In the future, Jones hopes to untie the paths that kids go through between kindergarten and age 25. How do the social skills translate in middle school, for example? “It’s a very complicated process, where you can think that each year of development, something will influences the next step.”