Should we try to fix global warming with fake volcanic eruptions? TBD.

There could be unintended consequences. 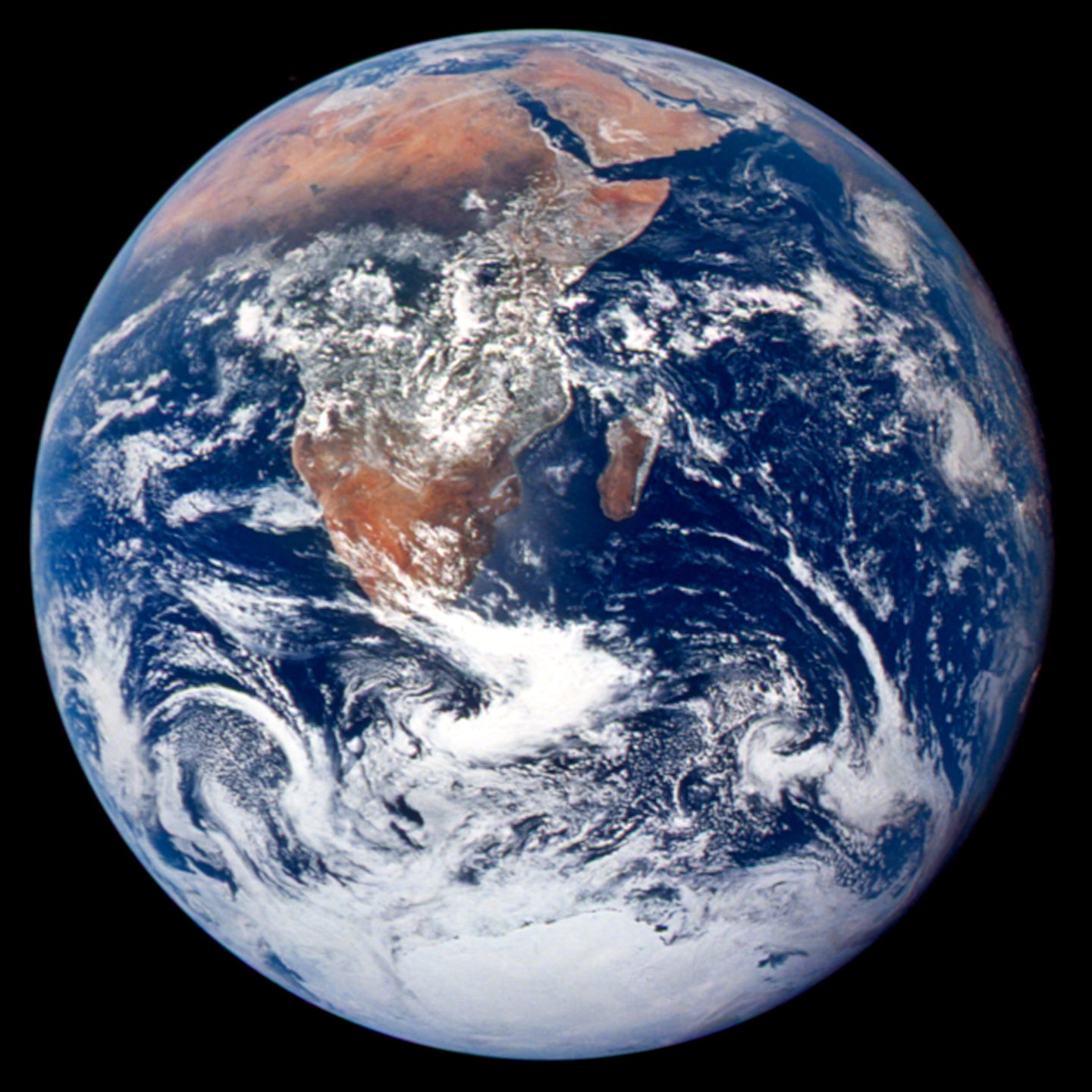 The famous "blue marble" photo of the Earth. The Apollo 17 crew took this image en route to the moon. NASA
SHARE

With heat-trapping carbon emissions on the rise again, researchers are looking for ways to turn down the thermostat while humanity gets itself under control. One potential solution? Try to copy volcanic eruptions. But in addition to adjusting the temperature, such practices could change the frequency of hurricanes, or the location of droughts.

When explosive volcanic eruptions occur—like the one at Mount Pinatubo in 1991—they send small particles of ash and gas high into the atmosphere. These so-called aerosols block and reflect sunlight, providing a temporary cold compress to the earth’s rising temperatures.

After years of watching volcanos go through the motions, some researchers are looking into whether they can use that same method to help cool down the planet—an idea known as solar geoengineering. But a set of studies published this month show just how complicated a proposition that might be.

“Sulfur dioxide is emitted by volcanic eruptions. It’s also relatively cheap and relatively common, so it’s the natural candidate for solar geoengineering,” says Anthony Jones, author of a recent Nature Communications study on the subject. “It’s basically copying a volcanic eruption, and then extending the injection of the aerosols into the atmosphere.”

Sulfur dioxide is a common occupant of the dramatic cloud that follows an earthly eruption, and when it gets into the atmosphere it expands and reacts with other chemicals—including water—to form aerosol particles, which can reflect sunlight back into space and cool the earth below.

For their recent study, Jones and his colleagues looked at what would happen if sulfuric aerosols were injected in just the Southern or Northern Hemisphere. When the southern half of the globe received infusions of atmospheric aerosols, their models showed an increased frequency of tropical storms in the Atlantic. On the other hand, droughts in parts of Africa (specifically, the Sahel) decreased. When they modeled aerosol injections in the Northern hemisphere, they saw fewer hurricanes in the Atlantic, but more severe droughts in the Sahel.

To Jones, that trade-off highlights just how much is at stake should we attempt geoengineering in the real world. Geoengineering has become an increasingly popular topic within the global climate conversation, but it’s not something that can be entered into lightly or unilaterally.

“It’s become an important part of the climate agenda, but there’s no regulation or governance,” Jones says. “It’s a genuine fear that a country may start geoengineering to achieve their own climate goals without thinking about others.”

Ben Kravitz, a climate scientist at Pacific Northwest National Laboratory who wasn’t involved with Jones’ study, liked that the research focused not only on the broader impacts, but also the more specific regional results.

“In a lot of geoengineering research, we focus on temperature and precipitation,” Kravitz says. “But I don’t know many people that walk out their front door and think, ‘what’s the global mean temperature this year?’ Hurricanes are really important, and they affect a lot of people.”

Kravitz is also looking at how injecting aerosols into the atmosphere will change the climate. In a series of papers published in the Journal of Geophysical Research: Atmopsheres last week, Kravitz and co-authors introduced a new computer model that lets them figure out exactly where we should inject aerosols, and in what quantity, to reach a set cooling goal.

“A lot of work that this community has done is around this question: What’s going to happen if we do geoengineering?” Kravitz says. “But it’s not a really well-posed question. Geoengineering will do a lot of things depending on how you do it. Where you put the aerosols, how much you put up there, what type. What we did was turn these around and say, let’s pick some objectives and see if we can get stratospheric aerosol injections to meet them.”

Using the model, they found that in a worst-case scenario (if we keep burning fossil fuels, business as usual) they could stabilize the world’s temperature, by injecting aerosols into the air at four points spaced along a given line of longitude around the world. An algorithm helped determine how much sulfur dioxide should be injected each year at each of the points to maintain cooler temperatures, and even out differences in cooling between the equator and the poles. (The equator tends to cool faster in geoengineering models than the poles do.)

Kravitz is quick to point out that this is merely a first step to gathering more information, not an easy fix for the climate crisis. In the scenario he and his colleagues outline, the world would ultimately need many megatons of sulfur dioxide pumped into the air annually to maintain a cooler temperature, and that model doesn’t immediately take into account how geoengineering may affect extreme events like hurricanes or heat waves, not to mention secondary side-effects like changes in food security, water scarcity, or power generation.

Researchers, the public, and policymakers are all interested in knowing more about those potential risks, especially when weighing them against the ever-more-pressing threats of a changing world—sea level rise, higher temperatures, and acidifying oceans, among others. Governments are actively thinking about geoengineering as another potential tool in a future climate toolbox. Last week, scientists answered questions before Congress about the current state of geoengineering research.

“The pathway that we’re going down is way beyond the temperature that we want for our planet, and there are extreme risks,” Jones says. “It’s really come to the fore since the Paris agreement. People are taking the temperature target [of limiting warming to 1.5ºC above pre-industrial levels] seriously.”

But there’s an important caveat here. Even if climate scientists conduct all the studies they possibly can, and policy makers weigh the good and the bad and collectively decide that geoengineering is worth the risk, it still won’t be a permanent solution.

“This is not a magic bullet. Geoengineering is not a solution for climate change,” Kravitz says. Instead, the best we could hope for is that it offers us a chance to keep some greenhouse gases out of the atmosphere before it’s too late. “This is a potential, temporary measure to buy time while we get those mitigation efforts going.”

But, as Jones points out, it would be a temporary measure that would affect the whole world—sometimes in very different ways. If there’s a chance we’ll be sending more hurricanes to the Gulf Coast—or more droughts to an already vulnerable region—in the name of cooler temperatures, we all want to make sure we know what we’re getting into.