From The Archives: Designing Products For Aliens

More than 60 years ago, MIT students got the coolest assignment of all time 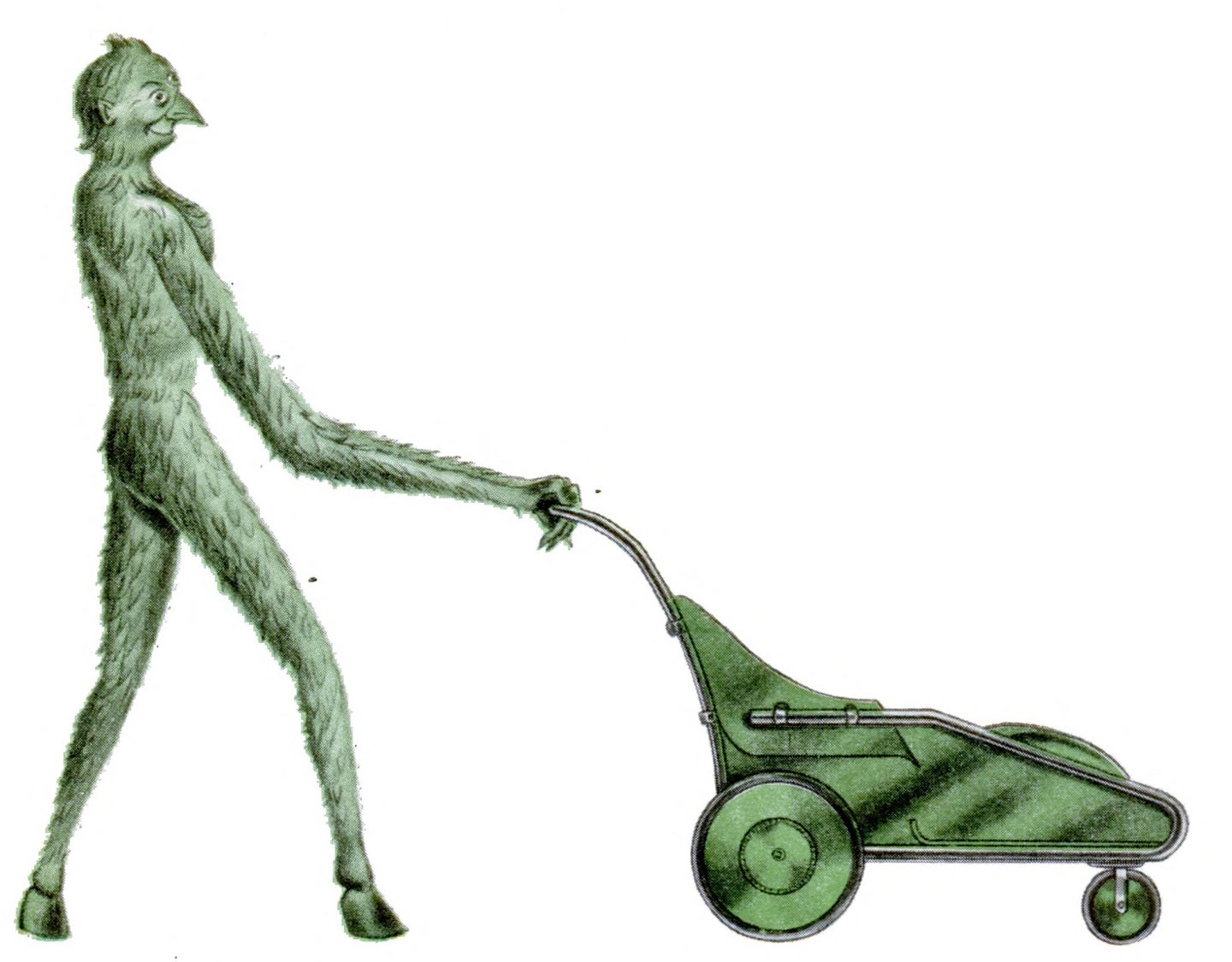 In the October 1952 issue of Popular Science, we wrote about the fascinating, but strange, project spearheaded by 20 MIT students. They were tasked with designing new products to export to the Methanians. Before you go looking up what tiny country Methanians might call home, know that you aren’t that geographically ignorant. The Methanians were a breed of aliens thought up by John E. Arnold, a mechanical engineering professor at MIT. Supposedly, they live on the fictional fourth planet of the real star Arcturus, where gravity is such that everyone weighs 11 times more than they would on earth. Instead of water there’s ammonia, and the atmosphere is made of methane. 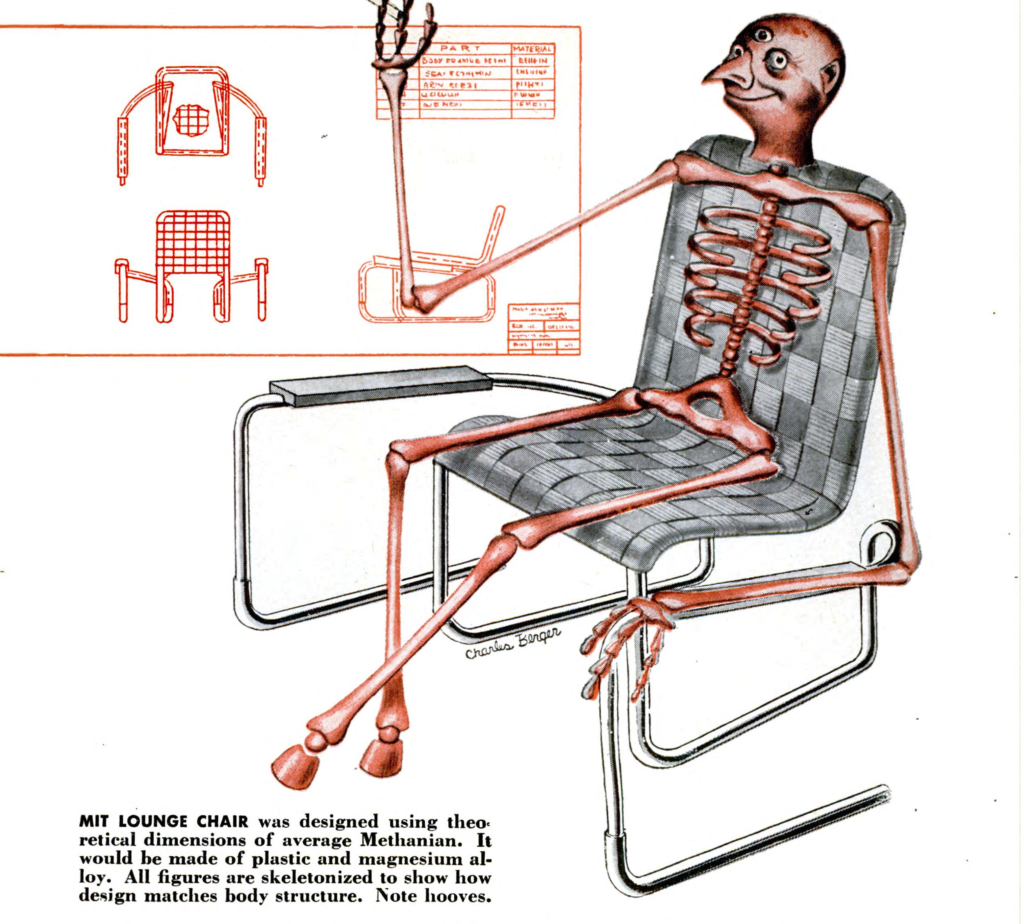 Arnold was well-known for his creativity and contributions to education philosophy. And honestly, if you had an engineering design class that asked you to create products to export to aliens, you might stop napping and pay attention. Arnold used this case study as a way to train budding engineers and scientists to think beyond the limits of what’s currently possible. Students had to shift their thinking to incorporate the environmental differences on Arcturus IV, eschewing the facts of life we normally take for granted (oxygen, for example). They had a few documents which they used to get some background on this alien world.

As you might guess, the case study is incredibly detailed. For example, students had to keep the body type of the Methanians in mind. Since they were descendants of birds instead of mammals, their faces were beak-like, they had long arms (evidence they once had wings) and lightweight, hollow bones. Their bodies were covered with furry feathers, though they also wore clothes. Another key fact: Methanians had the power of x-ray vision thanks to a third eye. And for some reason, they also had hooves. 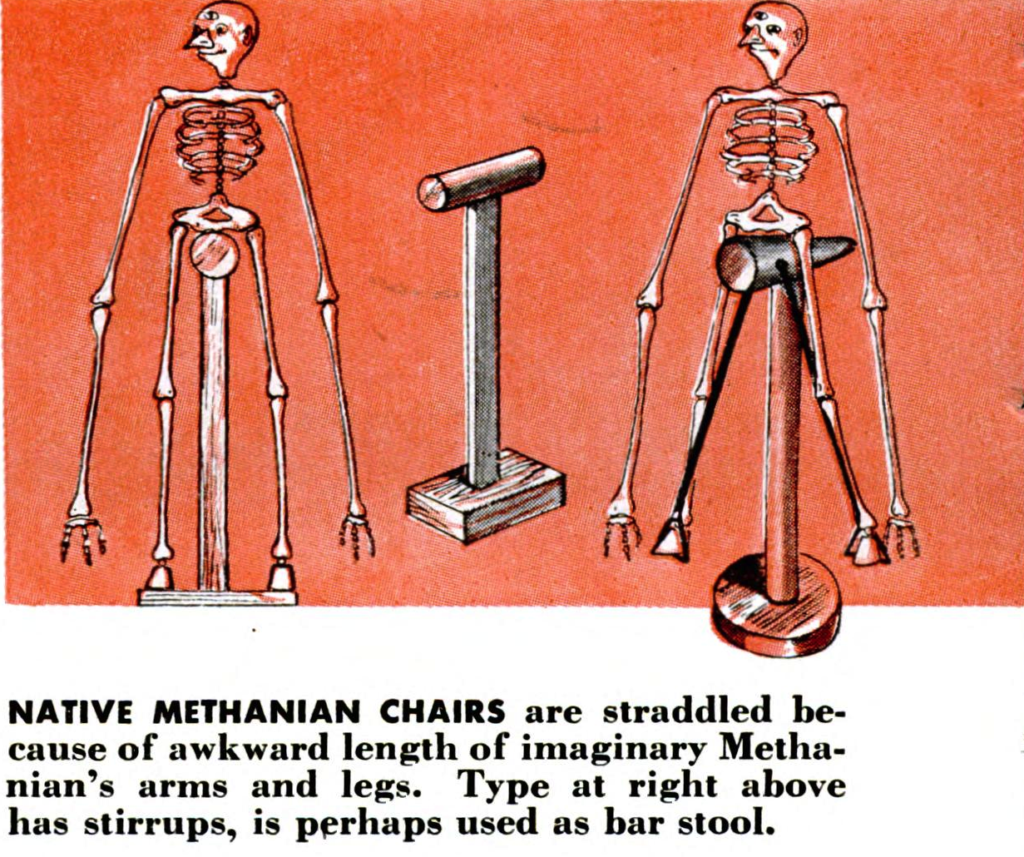 With all of this information in a document of about 100 pages, the students designed some equally absurd devices. One was a portable incubator to house aliens’ eggs before they hatched—though apparently Methanian scientists thought this too radical of a change from the traditional methods of carrying them in pouches. Another such invention was an uncomfortable-looking chair (but hey, I’m no Methanian, so who am I to judge). And because the class also had a workshop, some students actually built models of their odd creations. As funny as the project seems, it looks like it worked.