How did Heist engineer such magical tights? They bothered to try.

Women have waited far too long for companies to pay attention to their needs. 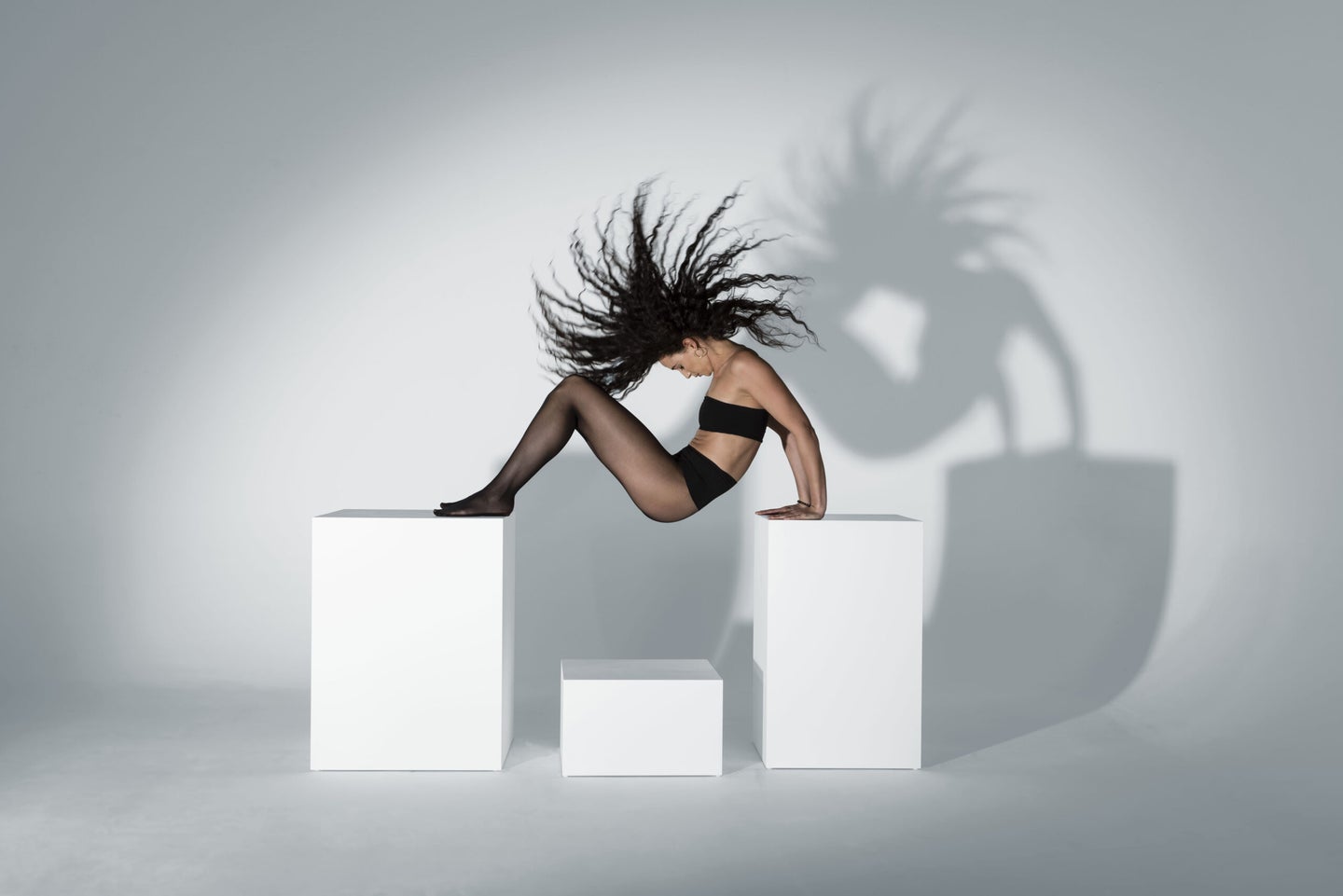 Should you have large white blocks at home, you can now balance between them wearing tights. Courtesy of Heist
SHARE

I expected the purportedly “perfect” pair of tights to be a feat of advanced engineering. Perfection is not easily attainable, and as I sat at my desk marveling at how really, truly excellent my Heist tights were, I thought there must be something amazing about them. The hosiery industry had clearly spent eons unable to crack the mystery of crafting a comfortable pair. What was the elusive solution?

Actually, strike that. There’s one revolutionary thing about them, but it’s not the tech that goes into making them. It’s the fact that someone simply bothered to make tights better.

The story of Heist tights is basically the same as every female-targeted product ever: Thing is bad. Users of Thing bemoan its inherent flaws. Thing continues to be bad. Men finally realize Thing is bad. Thing finally has enough money and attention to become better.

Tights have been poorly designed for as long as they’ve existed, but the people who wore them generally didn’t have the power to change that. Heist was founded in part by a man who finally realized that his wife had been wearing an uncomfortable but necessary garment.

And really, I’m thankful he decided to take action. But where have the innovations been this whole time?

If you are not a human who wears tights, please, step into my world for a moment. Tights, to be clear up front, are not the same thing as yoga pants or leggings. Those are made of thick fabric, and they’re meant to be worn on their own. Tights are thinner and more sheer, because they’re meant to layer under a dress or skirt. So imagine that as part of your work attire you often have to squeeze your gams into small nylon tubes prone to ripping and running, then hoist a thick elastic band onto your waist, where it will dig in all day, roll down, and cause a little fat bulge no matter your weight. They will also be vaguely itchy, especially on the backs of the thighs after sitting for long periods. This is what most people who care to (or need to) wear skirts have been dealing with for decades now.

Several times a year, I used to comment to someone, “this seems like one of those problems that should have been solved already.” And then I went about my life, assuming (foolishly) that this was simply an insurmountable obstacle. Perhaps something about the very nature of tights makes them so prone to falling down and digging in.

But it turns out that this is an eminently solvable problem. Someone just had to bother doing it.

Heist’s tights are, I’ll say it, almost magical. When I tried them on for the first time, I stood in the middle of my bedroom just waving my torso around and bending over in disbelief. They weren’t rolling. They weren’t painful. This was some witchcraft. But the trickery continued all day, as I walked about the office in total comfort. Sometimes I even forgot I was wearing tights.

So I called up Heist to ask what was so gosh darned special about these things. Turns out: nothing, really.

“They felt that it was absolutely ridiculous that their wives and partners didn’t have products that reflected the lives that they lived, and so they decided to do something about it,” Ellie Howard, Heist’s Head of Community, told PopSci. The lack of innovation really appealed to the founders, she explained. They saw an opportunity to set themselves apart by actually creating a product women would want to use. “There was a huge focus on understanding what women did and didn’t want from their hosiery.”

Don’t get me wrong, they’re beautifully engineered. Heist uses a 3D knitting machine that allows them to create a whole garment with no irritating seams at the front and back. They wrap 10 times the number of nylon spirals as your average pair of tights around each elastic fiber so the tights are softer. The waistband is folded over like it is on yoga pants, which prevents rolling and allows you to bend and flex. These are all excellent innovations for the world of tights—but it’s not like they’re groundbreaking ideas. Adding more nylon spirals is the equivalent of having a higher thread count in your sheets. 3D knitting is a fairly new technique, but one that other clothing companies use. At least one other company does the seamless thing. Several have wide waistbands. And yoga pants have been comfy for ages, with a design just waiting to be applied to other items of clothing.

We shouldn’t be impressed that these ideas were applied to tights—we should be appalled that it took this long. This is the trend that really ties the world of femme-oriented tech together: no one with any power seems to see the value in it.

And it’s not just failing to improve existing products, it’s failing to see women as a market in need of a solution. Take TENS machines, which provide muscle relief through small electric shocks. They existed for decades in the medical and athletic worlds before someone thought to market them to a subpopulation that experiences muscle cramps every month for most of their lives.

Men have dominated the entrepreneurial field since, well, basically forever. And that means many of the problems that their companies try to solve are focused on straight, cisgender men, or at best they’re gender-neutral. It makes sense; you can only solve a problem that you know exists. But because other groups, including women, have largely been excluded from those conversations, issues that affect non-dudes have gone ignored.

Even today, women who pitch male-dominated venture capital funds have a hard time being taken seriously. When Janica Alvarez invented a far superior breast pump, she had to bring her husband to pitch meetings because she otherwise faced questions about how she could possibly run a business while raising a family, or got VCs literally telling her the pump was gross. It didn’t seem to matter that this was a solution to a problem that millions of new parents have: breast pumps are terrible. They’ve always been terrible. The technology that Alvarez’s version uses isn’t even all that advanced—the innovation is in bothering to make a female-centric product better.

The flood of companies that claim to have reinvented beds and shoes may mostly hawk well-marketed versions of products that are already fine, but female-targeted items may be an exception. According to Howard, Heist is selling a pair of tights “every 16 seconds.” I wasn’t shocked to hear it, because Heist did reinvent the tight. It just should have happened a very, very long time ago.