We have a lot to learn from folks who resist the latest gadgets. 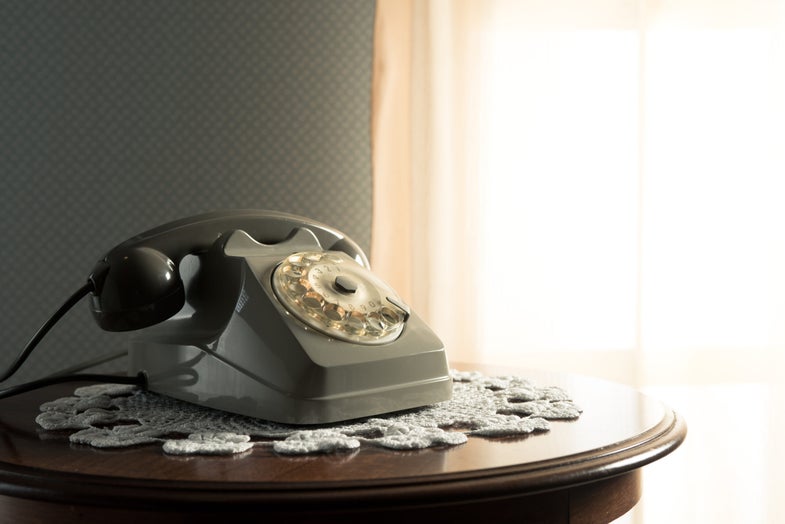 When people hear “Appalachia,” stereotypes and even slurs often immediately jump to mind, words like “backwards,” “ignorant,” “hillbilly” or “yokel.” But Appalachian attitudes about technology’s role in daily life are extremely sophisticated—and turn out to be both insightful and useful in a technology-centric society.

Many Americans tend to view Appalachian life as involving deprivation and deficit. This can be particularly pointed regarding technology: Rural residents are frequently neglected in research on technology use, and where they are included, the data usually focus on the lower rates of ownership and use of smartphones and laptop computers in rural areas. Articles can come across as scholars and reporters saying something like, “Poor rural Appalachians—they don’t even own the newest iPhone!”

It’s true that many rural areas aren’t served with the fastest broadband and the most robust cellular coverage in the U.S. But in the wake of the Cambridge Analytica scandal in which the data from an estimated 50 million Facebook users were used to craft and inform online political advertising, it’s worth considering whether people in Appalachia are deprived of the benefits of technology—or if they’re protecting themselves from harmful effects of its misuse.

In a recent study, my colleagues and I used focus groups and interviews to explore how people use technology in rural Appalachia. These open-ended methods allow participants to discuss their experiences and opinions in their own terms. For instance, most technology surveys don’t ask people why they don’t own the latest phone or computer – they just assume people would if they could.

Those studies miss key insights our research was able to identify and explore. When we gave people a chance to tell their own stories about technology, we most often heard about two themes.

The first, which we called “resistance,” appeared in people’s doubts about the concept that more technology is always better. They also carefully considered whether the potential usefulness of new technologies was worth the privacy sacrifices inherently required to use them.

In addition, our research identified ways that common Appalachian values of self-deprecating humor, privacy, and self-reliance are involved in how people in that region view and use technology.

Humor, for instance, can be a useful tool to resist unwelcome intrusions of technology. The best Appalachian humor involves intelligently poking fun at the joke-teller, which is not always well understood by outsiders influenced by demeaning stereotypes.

A woman in one of our groups told the story of being offered what was billed as an “upgrade” from a basic cellphone to a smartphone; her reply was, “No, I don’t want anything smarter than I am.”

That response is properly understood as resistance through humor. As she stated, “I have all that I need.” Many participants in our study expressed doubt that it really could be a lifestyle “upgrade” to have a phone “listening” to her conversations or to have multiple companies tracking her location with their apps every minute of every day.

Another woman expressed dismay about another form of corporate monitoring, describing “when you’re shopping for a cutting board on Amazon … and then when I sign on Facebook, every single ad on the sidebar is for a cutting board. … That freaks me out a lot more than other things.”

In a related vein, an adolescent girl expressed dismay about people who excessively document their lives: “I don’t want people messaging me every five minutes. Like, ‘Oh, look at my new selfie!’ You sent me a selfie 10 seconds ago. I don’t need another selfie of you. I see you enough at school.”

Some people, of course, might find benefits in those technologies. But it’s unfair to brand Appalachian skepticism as ignorance—particularly when it questions the corporations who are selling full-time surveillance of the general population for a considerable profit.

Resistance is not ignorance

Instead, it would be better to think of this resistance as an integral part of Appalachian culture. One man who was himself a pretty active user of technology noted that not everyone in his community is like him, saying, “Now, there are a lot of people that are my age that have not gone into the digital age … and I respect that, because they don’t want their privacy issues dealt with like that.”

People from New York or Chicago who use technology every day may never have stopped to form an opinion about people who choose to minimize their involvement with modern technology. They may not even know anyone like that. Or they may fall prey to the mainstream narrative that it’s acceptable to gently mock grandparents and others who do not use email or smartphones. This man expresses understanding and esteem for technology resistance by his neighbors, even as he acknowledges that he is not a resister.

Being mindful of technology choices

The participants who used smartphones, tablets, or computers reported more than 50 safety strategies they use to stay safe online, such as refusing suspicious contacts, restricting the information that they posted online, or avoiding public Wi-Fi. Far from being passive or ignorant, they made a lot of intentional choices about how to handle technology when they do choose to use it.

Not all of this is Appalachian-specific; I’m not sure there is a culturally specific way to delete browser cookies.

But some of their responses did show evidence of Appalachian attributes, like self-reliance. The most extreme story we heard was probably also the most illuminating. A man reported posing as an FBI agent in order to intimidate online con artists who were trying to scam him. In the focus group, no one mentioned that it was illegal to pose as an FBI agent. Nobody even expressed concern about the man’s safety while he was harassing criminals. In fact, another man said he had done something similar, and a woman asked for more information about how to track the location of con artists!

There are lessons for everyone in these stories of Appalachian resistance and navigation to modern technology: Be a little more skeptical about whether these giant corporations really have your best interests at heart, and whether your life is really better as a result of all that time you spend on your smartphone. Demand more transparent privacy settings and tell your politicians that you want to be able to opt out of this kind of data sharing. Turn your phone off every once in a while. Maybe venture outside your home without a phone.

The next time an app wants to track your location full-time or a Facebook quiz asks for permission to access the personal information of you and all your Facebook friends, try to get in touch with your inner Appalachian.

Sherry Hamby is a Research Professor of Psychology and Director of the Life Paths Appalachian Research Center at Sewanee: The University of the South. This article was originally featured on The Conversation.