Rotational forces can be a killer in a crash, but these helmets can handle it

MIPS helmets use slippery tech to protect your head. 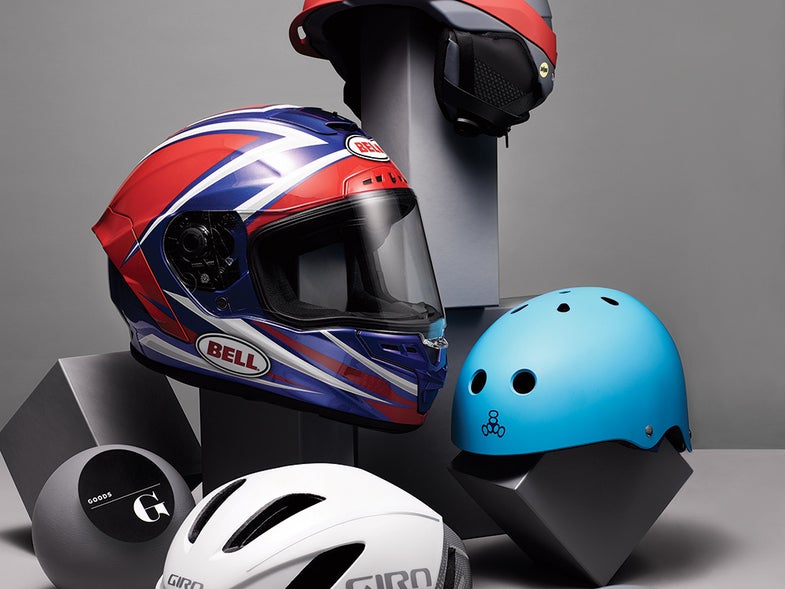 Your skull blocks common hazards like cabinet doors, but it’s no match for a hard fall on pavement. To blunt the forces that cause concussions, these helmets incorporate a mechanism called MIPS, which ­allows a skid lid’s outer shell to rotate on impact and absorb dangerous forces. Each noggin guard below also addresses the unique perils of different sports.

Light, dense foam and a material called Koroyd—which consists of a honeycomb of tiny synthetic tubes that collapses to absorb blows—make up the protective lining in the Smith Quantum snow helmet. In the exoskeleton, soft-and-light polycarbonate shields the area behind the ears, while tougher plastic protects the top and sides of the head.

Racing speeds make ­motorcycle crashes ­particularly disastrous. The Bell Star helmet provides protection on both the street and the track. A mix of fiberglass, carbon fiber, and a tough synthetic called aramid make the outer shell strong. The helmet’s design also offers an increased field of view—to help you avoid crashing in the first place.

Skaters and BMX riders stunt over surfaces like concrete, a material unfriendly to human skulls. The Triple Eight Dual Certified helmet contains dozens of dense foam cones that crumple on impact to disperse shock and reduce G-forces on your brain. The tough, ABS plastic shell can survive the hard-dome slap that comes with bailing on a heel flip on stairs.

To keep things light, the Giro Vanquish road-bike helmet uses dense foam only where it needs it: Sturdy stuff on the outer layer absorbs high-speed impacts, while softer material on the inside cushions slower falls. Four vents in the front pull in air that travels through a small gap above the rider’s head and out the back, keeping the cyclist cool during hill climbs.