Plus, it takes fewer toxic materials to produce Coconut husks contain the planet's second most common organic material, lignin. Found in the cell walls of wood and woody plants, lignin adds rigidity, resists fire and microbes, and absorbs ultraviolet rays. Woven together, the fibers protect a coconut's fruit in falls of up to 80 feet. Claire Benoist
SHARE

While biking near his home in Thailand, Paolo Cechetti noticed a man weaving raw coconut-husk fibers into bags. Cechetti, an engineer at the water-sports-equipment manufacturer Cobra International, is always hunting for techniques to make surfboards stronger and lighter. Typically that translates into a spin on a carbon-fiber-based core, but Cechetti decided to try using coconut fiber instead. The new Coco Mat core, which is now used in boards from Australian brand NSP, is stronger than carbon fiber—and more sustainable. 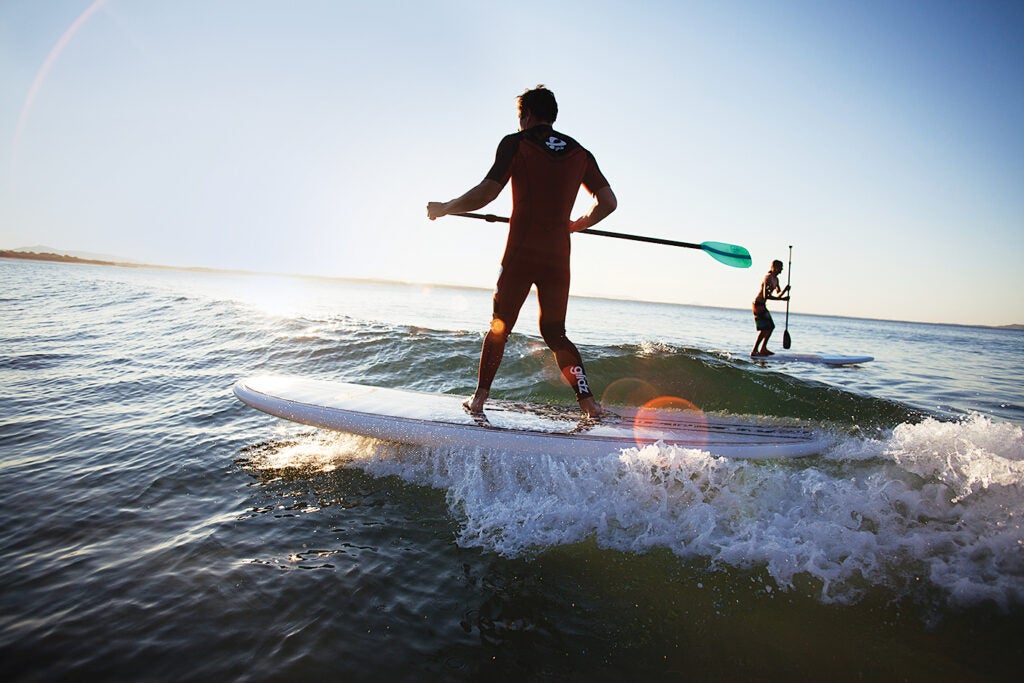 Designers begin to build the boards by separating and cleaning the coconut-husk fibers by hand. Next, they lay them out randomly, sandwich the layer of strands in fiberglass, and insert a polystyrene core. Finally, they place the construction into a vacuum mold and inject epoxy. Coconut fibers absorb less epoxy than other materials do, which reduces the weight of the board by as much as 30 percent. It also eliminates up to 40 percent of toxic materials from the process.