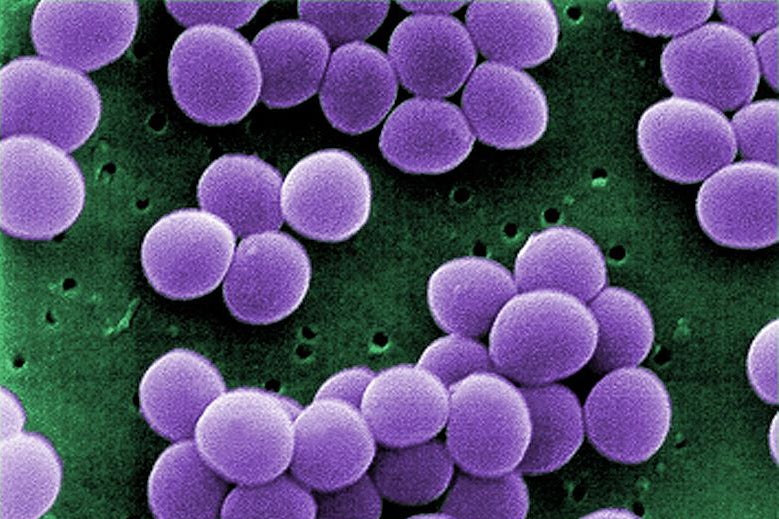 Researchers at the University of Texas at Austin are building a zoo. You can’t visit its inhabitants, or look inside, but it’s filled with cages where entire communities can thrive. Microscopic cages. Made out of what’s basically Jell-O. Oh, and they’re 3-D printed.

This unusual zoo is filled with bacteria. Using a very precise laser system, microscopic protein “cages” can be constructed around bacteria in a gelatin-based solution that firms up at room temperature to study the roots of human infections. Photosensitive molecules link up to form a solid matrix trapping the bacteria inside, where their population density and proximity to other bacterial communties can be carefully controlled.

“It’s very simple. We’re basically making pictures and stacking them up into 3-D structures, but with incredible control,” Jason Shear, a UT Austin chemistry professor, explained. “Think about the thickness of a hair on your head, and take 1 percent of that, and then take about a quarter of that. That’s about the size of our laser when it’s brought to its smallest point.”

Like a traditional animal cage, these walls are porous: Bacteria can’t get out, but nutrients can get in, and the bacteria can signal to bacteria in nearby cages. This allows the researchers to study how bacteria like Staphylococcus aureus (which causes Staph infections) interact with other bacteria populations like the often antibiotic-resistant Pseudomonas aeruginosa. 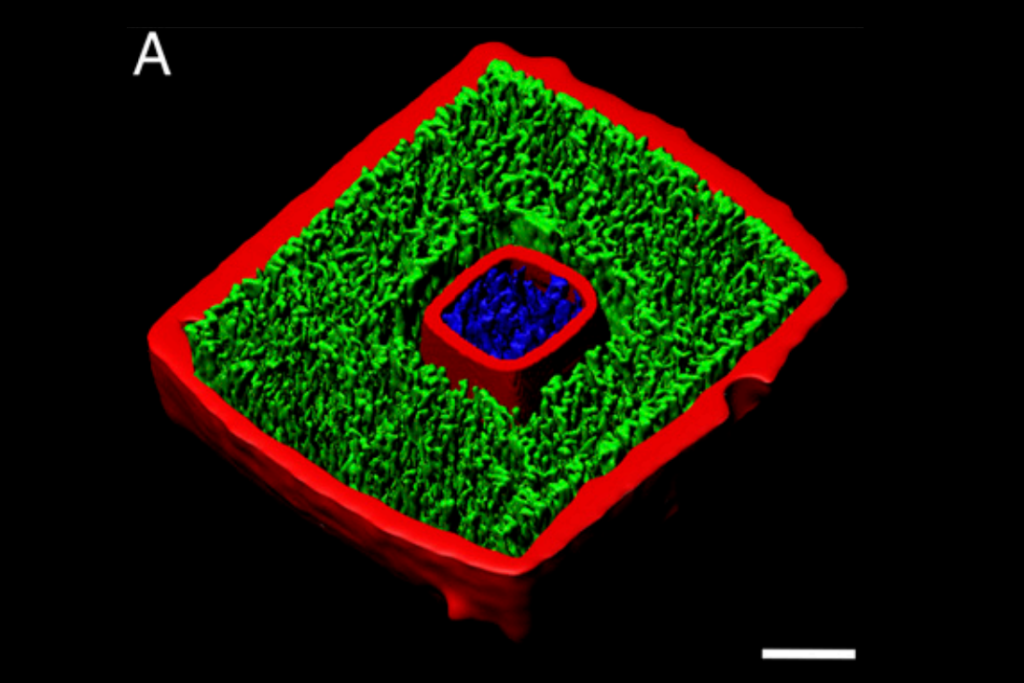 “These are really common bacteria that are often found together in infections, and it makes sense that they would have mechanisms to sense each other,” Shear said. “What the technology allows us to do is put them in conversation with each other, in very precise ways, and see what happens. In this case the Staph sensed the Pseudomonas, and one result was that it became more resistant to the antibiotics.”

Hopefully, the more we understand about how bacteria interact and how they become antibiotic-resistent, the better we’ll be at treating infections.

The study describing the technique is published in PNAS this week.

Update: _Shear sent over a video of what the 3-D printing process looks like (although the video is eight times faster than the actual printing rate). On the left, one of the gelatin-based structures is 3-D printed in the shape of a human head around a _Pseudomonas bacterium. On the right is an already-completed structure.