Video: Mishka The Asthmatic Otter Learns To Use An Inhaler

She is the first sea otter diagnosed with asthma 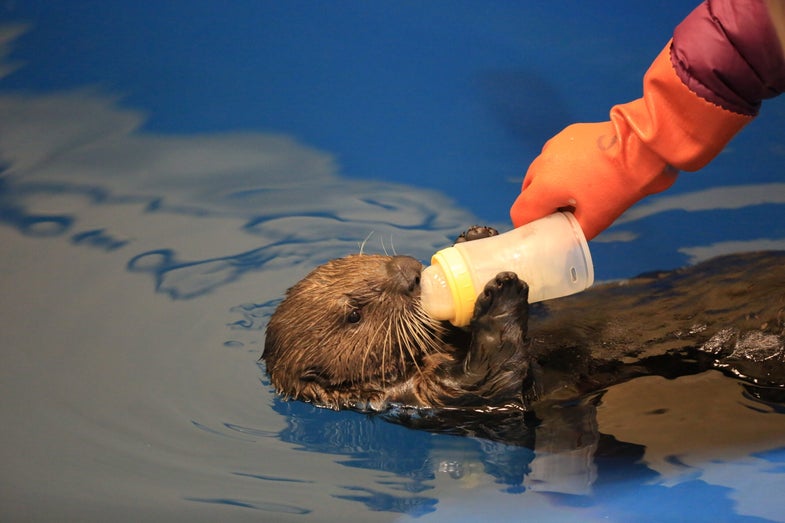 Asthmatics around the world may now count otters among their ranks.

The Seattle Aquarium has found the first case of asthma in a sea otter, a 1-year-old named Mishka. This means that for the first time, veterinarians are grappling with the question of how to put an otter and an inhaler together.

Mishka’s trainer, for her part, seems to have solved the problem by using food to teach the furry swimmer how to take breaths from an inhaler. 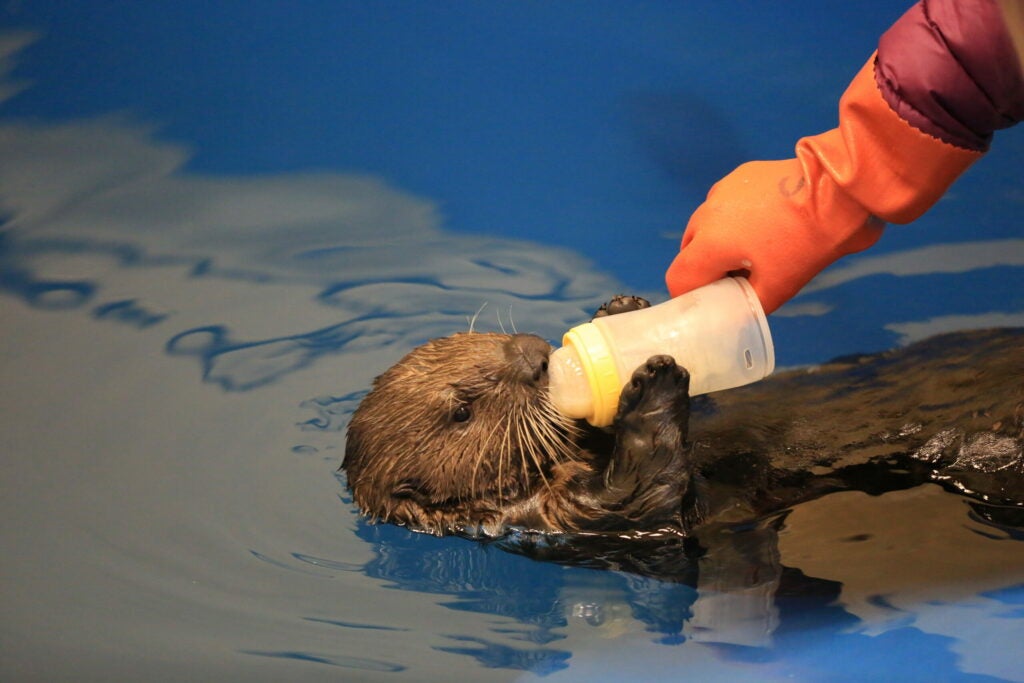 Mishka is the first in her romp of otters at The Seattle Aquarium to be diagnosed with asthma.

Mishka first started experiencing shortness of breath after smoke from wildfires began reaching Seattle this summer. However, Dr. Lesanna Lahner, a veterinarian at the Seattle Aquarium, told PopSci that, much like the more than 300 million humans with asthma, otters can have the condition without full-blown asthma attacks. Asthma attacks can surface when triggers such as allergens and smoke wreak havoc on an organism’s environment.

“Mishka probably had the underlying asthma, and just never had an asthma attack before,” says Dr. Lahner.

“She’s on a combination of medications as we transition her from an oral medication to the inhaler,” explains Dr. Lahner. Fluticasone, the medication in Mishka’s maintenance inhaler, is the same compound used for human asthmatics. “We’re also training her to use albuterol as a rescue inhaler,” she adds.

Since pollution is a trigger for asthma, the veterinary staff at the aquarium will be closely monitoring Seattle’s air index quality for Mishka. “We’re going to start off with two treatments a day,” says Dr. Lahner, though some days Mishka can make do with just one dose of her maintenance medication, pollution levels permitting.