It's all about kinetic energy 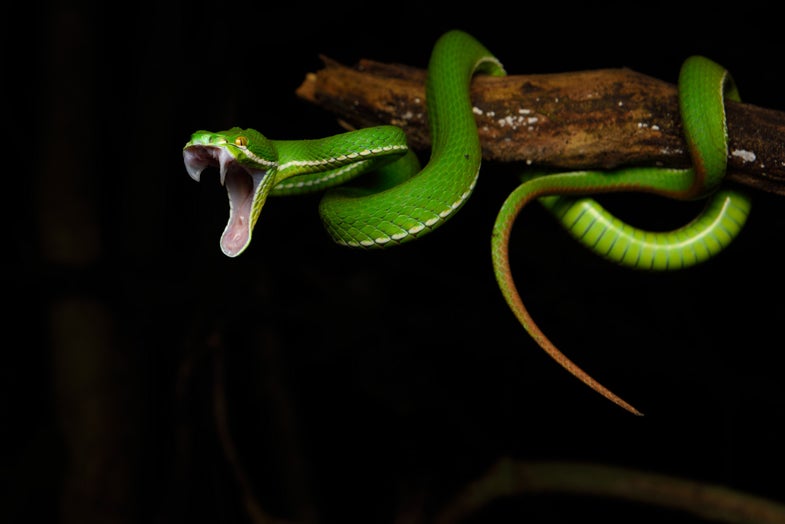 The tiny mantis shrimp is known for its flashy exterior and its formidable ability to puncture things. Researchers were curious how mantis shrimp and other small puncturing creatures could wield such power for their diminutive stature. So, Philip Anderson, an animal biology professor at the University of Illinois decided to find out and published the findings today in the Journal of the Royal Society Interface Focus.

As part of the study, Anderson and his colleagues took a specially designed crossbow, and used it to fire weighted arrows into ballistic gelatin, while taking high speed footage. When the arrow hits the surface, its impact creates waves, which ripple through the material. In order for the arrow to break through that surface and the material, it needs to continue breaking through molecular bonds.

Credit: From the paper “Point of impact: the effect of size and speed on puncture mechanics” by Anderson, et al. Royal Society journal: Interface Focus.

By analyzing the data from the arrow punctures, the researchers were able to determine that the biggest indicator of whether that puncture would be successful was kinetic energy.

What Does This All Mean For The Mantis Shrimp?

“This means that one potential way for small animals to puncture and get through tough materials, even with a low mass, is to increase their speed,” Anderson said in the press release. “And if you look across animals that puncture, it appears that the smaller ones tend to be faster.”

The authors write that the results from this study could inform future research to learn more about how strain and variation in the animals’ puncture weapons also alter how they perform their puncture attacks. It “offers a good case study for exploring how mechanical principles can influence evolutionary processes across a wide range of animals,” the authors write.