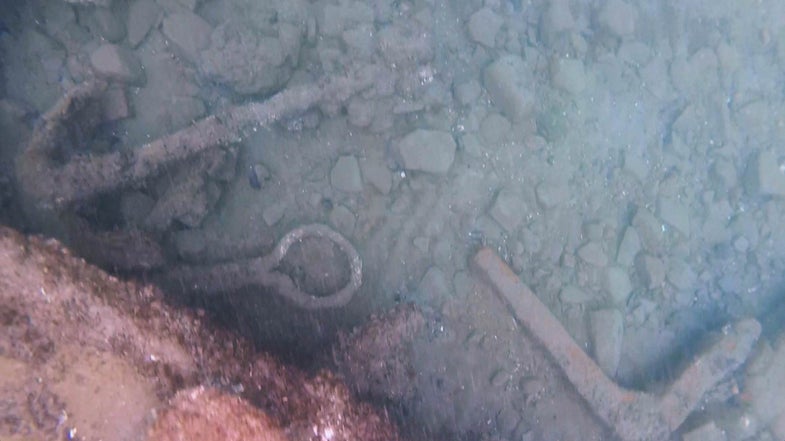 Life on a whaling ship during the 19th century was full of risk. There were long months at sea in perilous conditions, hunting animals many times your size. If your ship wasn’t destroyed by an angry sperm whale it might get caught in Arctic pack ice, destroying your livelihood, if not your life.

One of the biggest whaling disasters happened in 1871 (less than a year before Popular Science was founded). That year, 33 ships were caught in pack ice off the coast of Alaska, trapping the fleet and the 1,219 people on board. Now, NOAA researchers think that they’ve found the wrecks of two of those ships, thanks to warming temperatures which left the sea ice a mere fraction of what it would have been like in 1871.

Previously the only evidence of the wrecks had been in historical records, and artifacts salvaged from the wrecks by local Inuit tribes.

“Earlier research by a number of scholars suggested that some of the ships that were crushed and sunk might still be on the seabed,” Brad Barr, NOAA archaeologist and project co-director said. “But until now, no one had found definitive proof of any of the lost fleet beneath the water. This exploration provides an opportunity to write the last chapter of this important story of American maritime heritage and also bear witness to some of the impacts of a warming climate on the region’s environmental and cultural landscape, including diminishing sea ice and melting permafrost.” 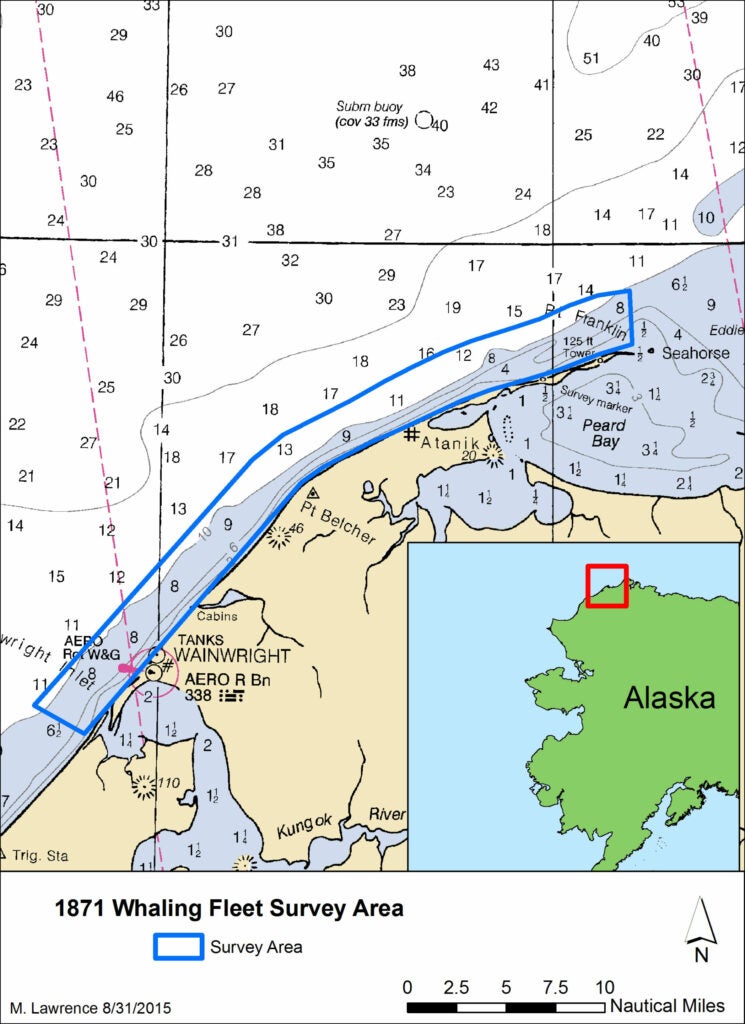 Map of the area surveyed

Unlike many shipwrecks, these ships aren’t a watery grave. The ice that trapped the ships didn’t immediately crush them, giving all 1,219 people a chance to escape with enough provisions to trek south to safety. They didn’t have to go too far to get help (though 70 miles across the Arctic is still a significant journey). Luckily, seven nearby whaling ships escaped the crushing ice, and were able to pick up the hapless whalers, dumping their valuable cargo to make way for the passengers. 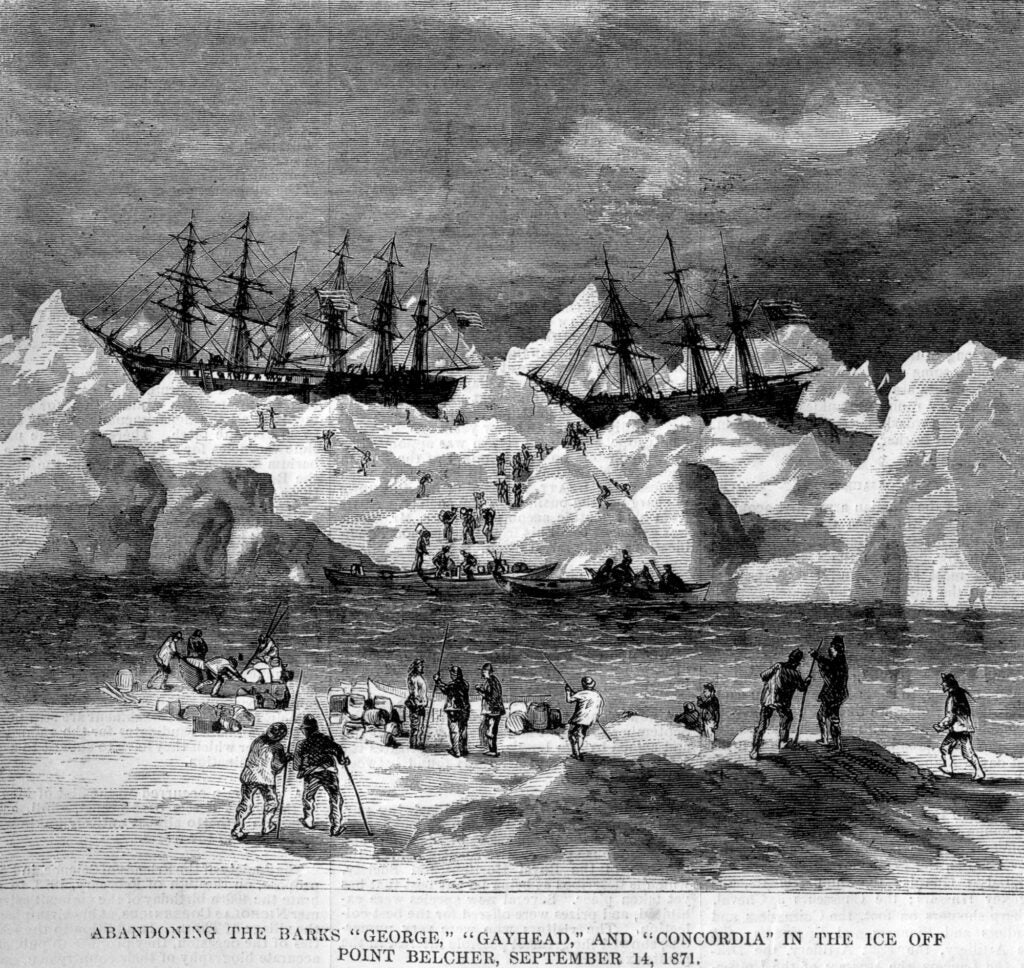 An illustration of the shipwreck that originally ran in Harper’s Weekly.

While the melting ice and warming Arctic allowed NOAA scientists to make this really interesting archaeological discovery, in other areas of the Arctic, warming temperatures are threatening archaeological sites. The damage is most severe in Greenland, where archeologists are racing to document more than 6,000 archeological sites before they are erased by the changing climate.