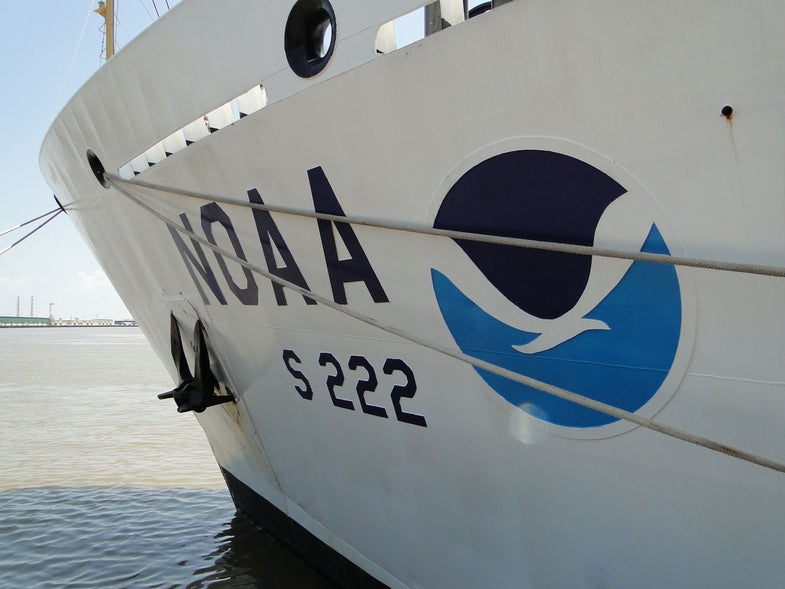 Everyone wants to read other people’s emails now. From the Sony Hack to the Clinton emails, there is huge interest in the words pouring between people electronically.

Tussles over political or entertainment emails make headlines, but another email battle over more scientific subject matter has been going on for several months.

Essentially, the head of the National Oceanic and Atmospheric Administration (NOAA), Kathryn Sullivan, is refusing to turn over internal emails between NOAA scientists to House Science Committee Chairman Lamar Smith, who has subpoenaed communication (including emails) relating to a study published earlier this year.

The subpoena came after NOAA scientists published a paper in Science which showed that global warming had not, in fact, slowed down in the years since 1998. Smith, who has been outspoken in his opposition to mainstream climate science asked for the emails two months ago, but Sullivan refused to hand them over.

Since then, Sullivan has held her ground, a stand that has garnered her much acclaim in the scientific community. In two new letters sent to Sullivan this week, hundreds of scientists reiterated their support for her.

Why such furor over emails? In part, it’s because the scientists have already turned over reams of data and correspondence related to the paper to the committee already. But it’s also because Sullivan and her peers view the request as unreasonable, and fear the chilling repercussions to research if scientists were forced to conduct all future communications as though someone was reading over their shoulder.

In a letter, 587 scientists thanked Sullivan for standing up for scientific integrity.

Former NOAA employees voiced their support as well, cautioning that turning over the emails would result in damage to NOAA’s ability to conduct research.

Smith backed off of his request for the scientists’ emails earlier this month, limiting his request to non-scientific NOAA personnel … for now.

Earlier this month, the New York Times published two stories extremely critical of Smith’s actions; an editorial describing his demands as “The Latest Attack on Climate Science”, and another op-ed written by climate scientist Michael Mann titled “The Assault on Climate Science.” In response, Smith wrote a letter to the New York Times published on Wednesday:

They did. In Science, seven months ago.