The American Bison May Become The National Mammal Of The U.S.

The House of Representatives is voting tomorrow 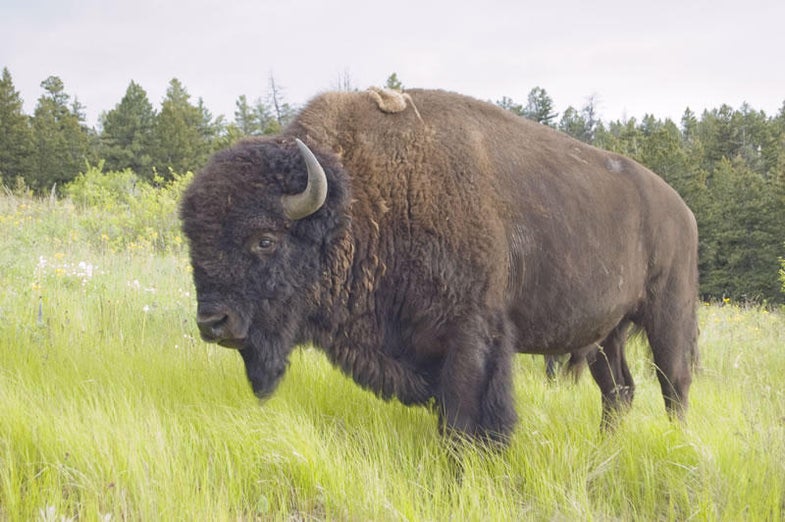 Bison may be getting the recognition they deserve. After surviving decades of aggressive hunting that dwindled their numbers near the point of extinction, a Congressional bill seeks to establish the American bison as the national mammal of the United States. The bill, which was passed by the Senate in December and comes before the House tomorrow, is the result of a five-year campaign by conservation and Native American groups to get some recognition for the hulking plains-dwellers.

Bison have survived much worse than the human threat: as a species more than 10,000 years old, they’re a relic from the Ice Age that managed to survive what mammoths did not.

Unfortunately for bison, national designation would not keep them from being raised and sold for meat. Those bald eagles have it so good.