Getting naloxone could require navigating insurance, stigma, lack of pharmacist education, and cost. 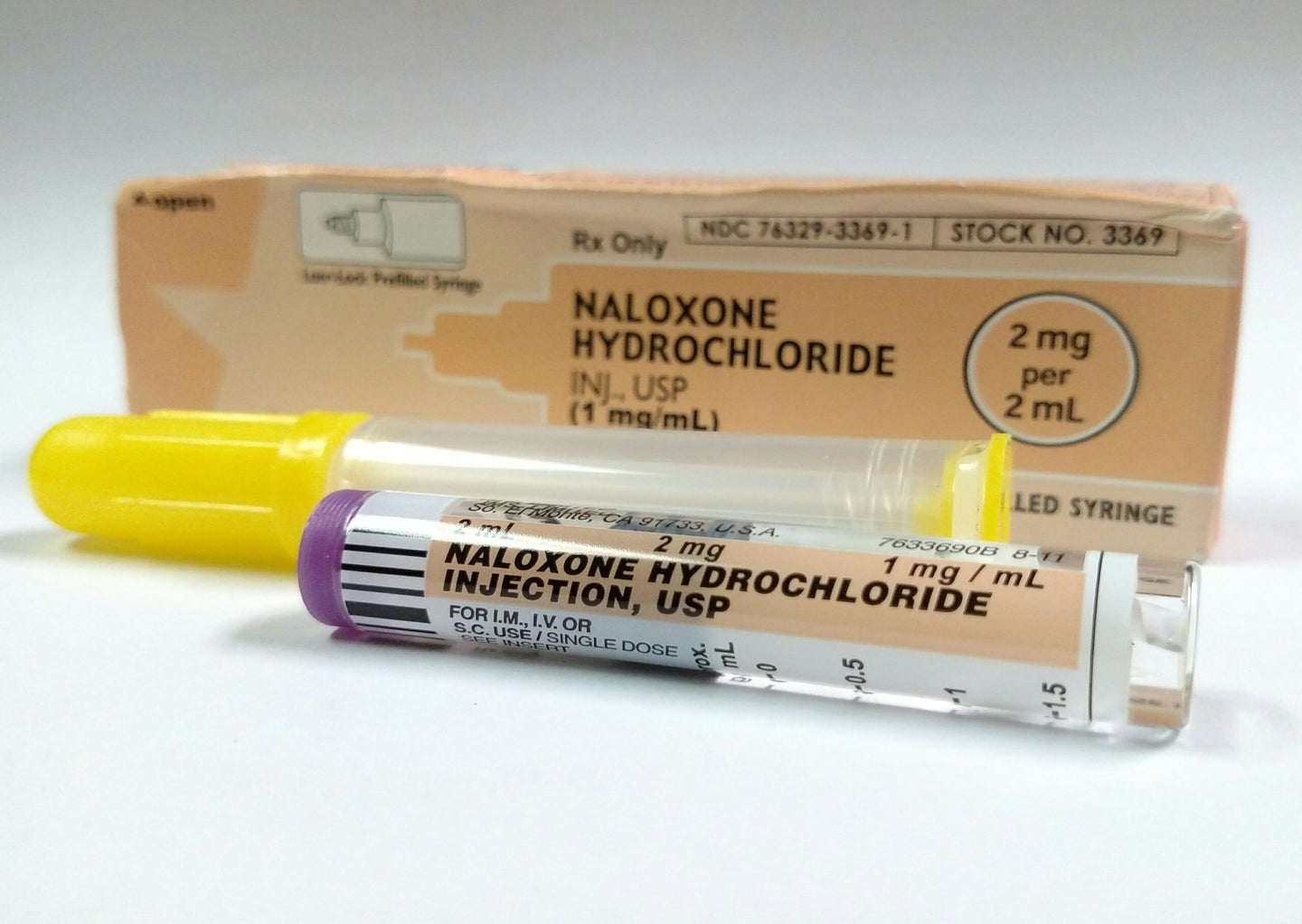 The overdose reversal drug naloxone isn’t new—it was first approved to treat opioid overdose in the United States in 1971, so first responders and emergency room physicians have been using it for decades. But as overdose deaths and the number of people with opioid use disorder started to climb in the late 1990s, the drug took on new importance: States adopted legislation allowing private citizens to deliver doses without liability and have lowered some barriers to pharmacy distribution of the drug, which still requires a prescription.

Getting naloxone to the people and communities that need it most remains a challenge. According to new data from the Centers for Disease Control (CDC), the amount of naloxone dispensed from retail pharmacies steadily increased from 2012 to 2018. However, pharmacies still only dispensed an average of one naloxone prescription for every 69 prescriptions for high-dose opioids, the report noted. The CDC recommends that naloxone be co-prescribed with high-dose opioids, due to the risk of overdose for patients receiving those prescriptions. In some states, co-prescribing is mandated under certain situations, though the regulations are different in each place—in Vermont, for example, co-prescribing kicks in at 90 milligrams per day, while in Virginia, it starts at 120 milligrams per day.

The new data, said Anne Schuchat, principal deputy director of the CDC in a press briefing, show that naloxone distribution has improved, but that more needs to be done. “We must do a better job of getting naloxone in the hands of the people who really need it—and those likely to be nearby when an overdose occurs,” she said.

While increases in naloxone distribution are positive, pharmacies are only one stream of access, says Kimberly Sue, the medical director for the non-profit, the Harm Reduction Coalition—and one with many barriers to entry. “Community organizations work with the health department to hand out naloxone for free to people who need it, who are using drugs, and their friends and family,” she says. “That is really where we put most of our efforts. Getting it from a pharmacy is what I would call a high threshold access point.” Procuring naloxone might require navigating insurance, stigma, lack of pharmacist education, and the cost, she says. Over half of the naloxone prescriptions people picked up at pharmacies in the CDC dataset had an out-of-pocket cost, most of which were somewhere between $0.01 and $50.

Naloxone procured through pharmacies broadly targets a different set of opioid users than those handed out within the community, says Lucas Hill, director of Operation Naloxone and clinical assistant professor at the University of Texas at Austin College of Pharmacy. States receive federal block grants around substance abuse, some of which goes to naloxone distribution—and that group of drugs does not go to pharmacies in most places. “We’re targeting people at the highest risk of overdose or witnessing an overdose,” he says. “It’s people who are not identified as high risk in pharmacies, or who do not engage in traditional health care settings.”

Pharmacies, on the other hand, primarily target people who are at high risk because of prescriptions they’ve received from doctors. “It’s individuals with chronic pain, who may be on other medications, or have other underlying risk factors like respiratory problems,” Hill says. Drugstores are also an important location to access naloxone, he says, particularly if there’s any uncertainty about the renewal of federal grants that fund community programs.

In addition, increased access to naloxone across the board can stabilize opioid deaths, Sue says. “Increasing that through pharmacies is important, though it’s still a small piece of the puzzle.”

The best way to provide naloxone is a difficult public health question, Sue says. “How do you get naloxone into the hands of people who are at the highest risk? Pharmacies are one piece, community programs are one piece—it’s figuring out how we get them out of locked up public health program offices into hands of people who actually need it.” Sue carries naloxone, but just gave her dose to two men who had a friend using drugs. “They were grateful. They didn’t have access, but they knew how and when to use it,” she says. “For me to carry it with me back to my office wasn’t going to help anyone.”

Naloxone should really be widely available over the counter, Sue says. “Having it be a prescription is the problem. That creates barriers.” In January, the Food and Drug Administration announced efforts to facilitate the development of over the counter naloxone products.

How to get naloxone

Under current standards and policies, people can still access naloxone to carry and administer when necessary. It’s a good idea for anyone who takes or interacts with people who take opioids to keep the drug on hand. Many states offer free naloxone education programs that teach people to use naloxone and provide the drug. This information can also be easily found online. The drug is technically available at many pharmacies—in 48 states, you can pick up naloxone without a prescription at CVS—though it remains behind-the-counter in all states, and the noted barriers still remain, including costs, which vary from state to state.

Symptoms of an opioid overdose include slow and shallow breathing, confusion, and loss of consciousness. A benefit of naloxone, though, is that mistakenly giving it to someone who is not actually having an overdose will not hurt them. “There’s no way to mess it up,” Sue says.