Can this flu drug really stop Ebola in its tracks?

The unusual uses of off-label drugs. 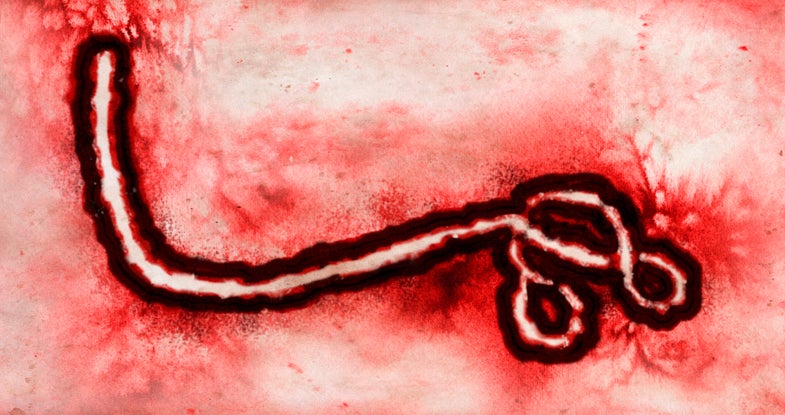 Experimental drug treatments have been approved for use on Ebola patients in the Democratic Republic of Congo. DepositPhotos
SHARE

On June 4, an ethics committee in the Democratic Republic of the Congo approved the use of favipiravir, a drug originally developed by a pharmaceutical company in Japan to fight influenza, for treating Ebola patients. The experimental therapy comes too late for the 11,000 people killed during the last major outbreak of the virus, which swept West Africa in 2014. But after evaluation by the World Health Organization (WHO), favipiravir and four other experimental drugs that showed promise in animal models are now being administered to Ebola patients in the Congo, where the disease emerged in early May.

“This is the first time such treatments are available in the midst of an Ebola outbreak,” says WHO spokesperson Tarik Jašarević.

“Under normal circumstances, such interventions undergo testing in clinical trials that are capable of generating reliable evidence about safety and efficacy,” Jašarević says. “However, in the context of an outbreak characterized by high mortality, it can be ethically appropriate to offer individual patients investigational interventions on an emergency basis outside clinical trials.”

So how could a drug used for the flu potentially treat a rare and deadly disease like Ebola? Favipiravir is an antiviral drug that possesses the unique ability to prevent RNA-based viruses, like Ebola and influenza, from replicating. Viruses are made up of either DNA (deoxyribonucleic acid) or RNA (ribonucleic acid). The ability to rapidly reproduce and mutate at a high rate is what makes RNA-based viruses both so deadly, and so difficult to treat.

Animal studies suggest the drug has a high level of resistance to the Ebola virus. While there’s no conclusive evidence yet that favipiravir will be the magic pill that ends Ebola, there was a case study during the last outbreak of a French nurse successfully treated using a number of experimental drugs, including favipiravir.

Using a drug approved for one ailment (like the flu) to treat another (Ebola) is known as off-labelling. Caleb Alexander, co-director of the John Hopkins Center for Drug Safety and Effectiveness, says off-label prescribing is more common than people think, with more than 20 percent of drugs in America prescribed by clinicians for something other than the FDA-approved use.

“Many off-label uses are unsupported by clinical evidence, and expose patients to potential harm with little or no corresponding benefit,” Alexander says. “On the other hand, there are some very interesting examples of drugs used for one indication and then discovered as effective for a second. This is part of the serendipity of discovery afforded by off-label use.”

A classic example is Rogaine, which was originally developed to treat high blood pressure. Patients taking it noticed an unusual side effect: excess hair growth. Here are a few more drugs that have some pretty cool off-label uses.

Finasteride’s first use was for benign prostatic hyperplasia (BPH), otherwise known as an enlarged prostate. BPH is common, with half of men 50 years and older suffering from the disease. Not long after, the FDA approved it for a second use: treating male pattern baldness. It’s also used off-label to treat female pattern baldness. But fellas be wary; in 2012 the FDA revised its label for finasteride, warning that the drug could cause libido, ejaculation, and orgasm disorders after discontinuation.

Prazosin is most commonly known for treating high blood pressure. Functioning as an alpha blocker, the medication causes blood vessels to dilate, which in turn, lowers blood pressure. This is also what make prazosin the perfect drug to take if you’ve been stung by a scorpion (the only downfall of wearing open-toed shoes). Prazosin is used in countries like India, home to the Indian Red Scorpion, one of the most venomous in the world. A sting from one of these orange and grey-spotted creatures causes severe hypertension, but a quick shot of prazosin quickly mitigates the effects of the venom.

Prazosin is also used off-label to treat PSTD-related nightmares in U.S. military veterans. While not FDA-approved, some studies have shown prazosin works to reduce nightmares by decreasing norepinephrine, a brain chemical that PSTD patients exhibit in higher levels than average.

With the medication’s positive effects in the realms of memory, attention, and task-performance, memantine also gained an off-label reputation for treating obsessive-compulsive disorder. While there hasn’t been overwhelming scientific evidence for this, some small studies have shown significant improvement in OCD patients taking memantine.

It seems like almost every off-label drug out there starts by treating high blood pressure. Approved to treat hypertension and attention deficit hyperactivity disorder (ADHD), clonidine has a whole swath of other, seemingly unrelated off-label uses.

Cancer-related pain, sleep apnea, Tourette’s syndrome—the list goes on. Clonidine is an antihypertensive, which helps control nerve impulses, and is what makes it such a versatile drug. Tic disorders—characterized by rapid, involuntary movements—like Tourette’s seem to have some relation to ADHD, with 60 percent of children with one condition afflicted by both. While FDA-approved for ADHD only, clonidine is the first line of treatment for kids with Tourette’s.