Both pipelines experienced a sudden drop in pressure Monday morning. 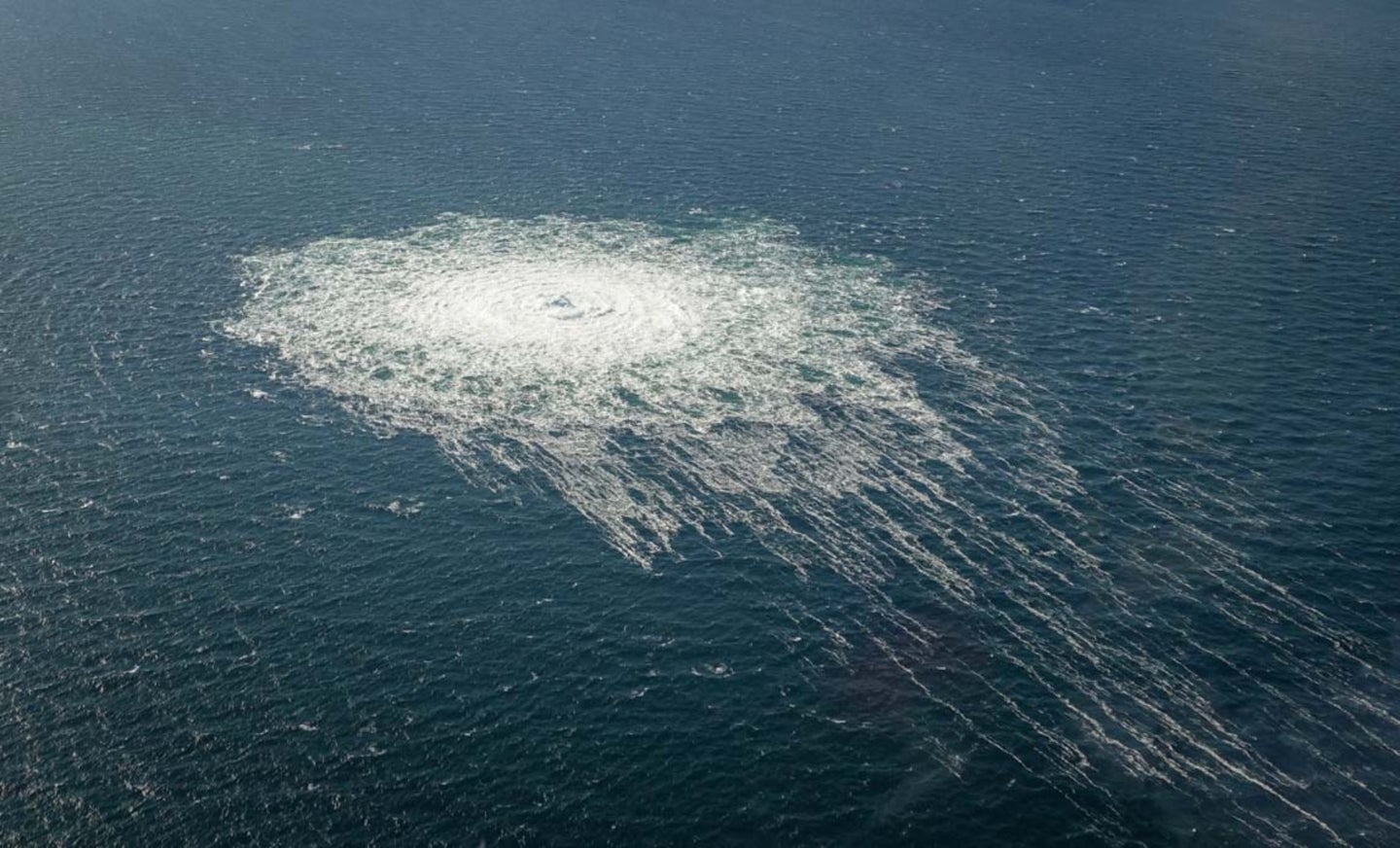 Authorities in Denmark, Sweden, and Germany are investigating three separate leaks in two gas pipelines that run under the Baltic Sea from Russia to Germany. Both Nord Stream 1 and 2 pipelines experienced a sudden drop in pressure Monday morning around 2 a.m. local time, raising concerns among European leaders on Tuesday about possible sabotage. According to The New York Times, neither of the pipelines had been active when the drop was first registered Monday morning, but both were filled with natural gas when they experienced the sharp drop in pressure.

In a statement, the Danish Energy Agency said it had found two leaks on the Nord Stream 1 pipeline located northeast of the Danish island Bornholm. The agency spotted a third in the Nord Stream 2 pipeline located in Swedish waters southeast of Bornholm. According to the Associated Press, the second blast was stronger than the first and was the equivalent of a magnitude-2.3 earthquake and seismic stations in neaby Norway and Finland also registered the explosions.

A five-mile exclusion zone for shipping was set up around the island earlier today, and flights below 3,280 feet (1,000 meters) are banned in the area.

“Breakage of gas pipelines is extremely rare”, Danish authorities said in a statement. “Therefore we see reason to raise the preparedness level as a result of the incidents we have seen over the past 24 hours.”

The Danish Defense command released footage on Twitter that shows a swirling mass of methane bubbling up onto the surface of the Baltic Sea.

[Related: The EU is struggling to phase out Russian oil and gas.]

Nord 1 and 2 have been a focal point of the broadened confrontation between Russia and Europe following Russia’s invasion of Ukraine in February. The European Union imposed economic sanctions on Russia following the invasion, and the oil and gas producing country began withholding natural gas. Europe has relied on Russian natural gas for decades, and damage to these pipeline threaten the continent’s energy supply as winter looms.

Already, statues and historic buildings are going dark at night. In parts of eastern Europe, people are stocking up on firewood. Residents in Germany are waiting six months to buy, energy-saving heat pumps, according to the AP. Relief programs and plans to shake up electricity and natural gas markets have begun across the continent.

Earlier this month, German Chancellor Olaf Scholz praised the early preparations, saying that the actions mean Europe’s biggest economy is, “now in a position in which we can go bravely and courageously into this winter, in which our country will withstand this.” It is uncertain yet if these efforts are enough to avoid government-imposed rationing and rolling blackouts in the months to come.