You have no idea how much you need these bacteria

Without nitrogen-fixing bacteria, we'd be screwed. 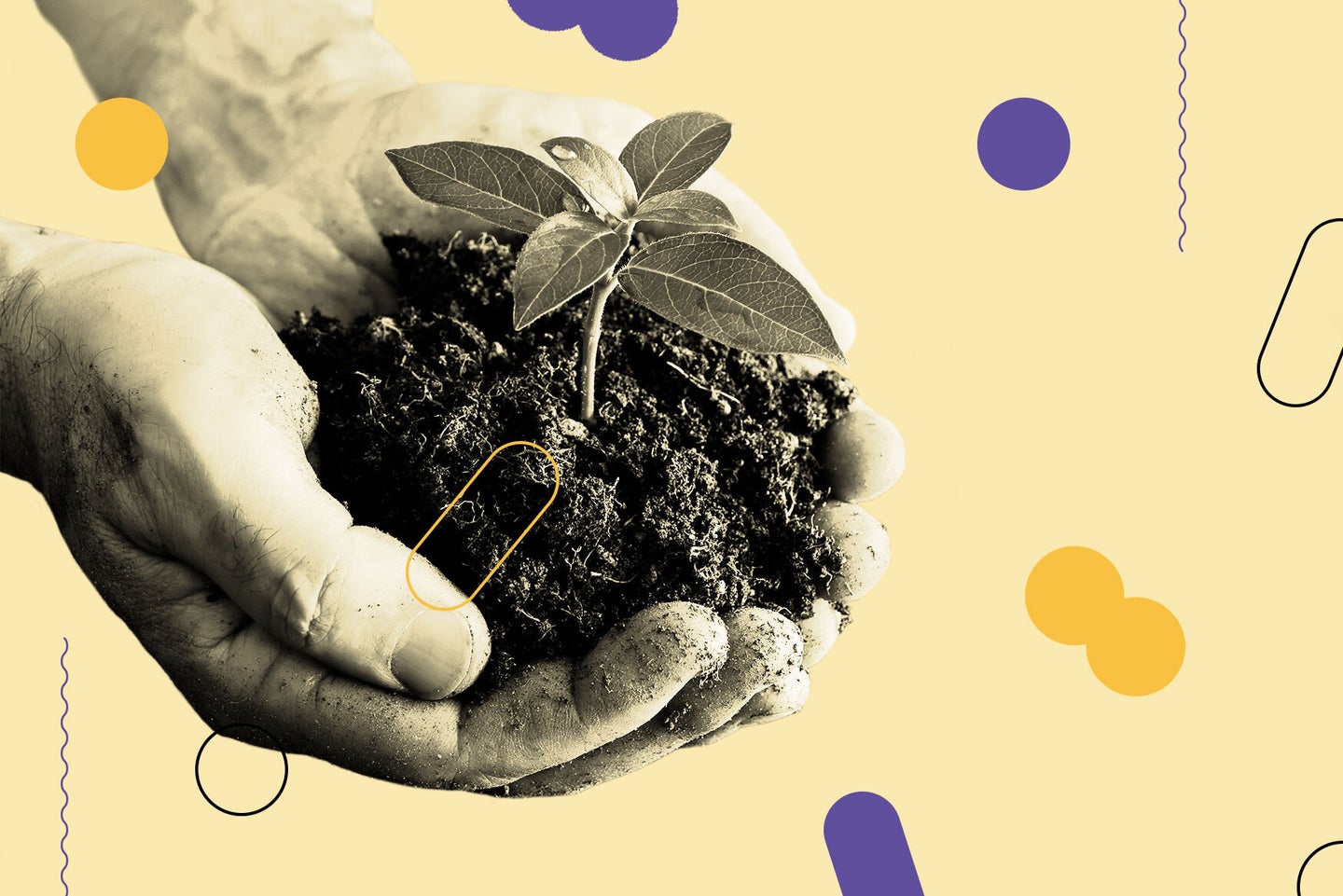 Bacteria living in the soil are how we're all alive. ridofranz via Deposit Photos
SHARE

Bacteria are wildly underrated. From farming to flavoring, these microbes are essential in ways you probably didn’t even realize. There are three other stories in this series about art restoration, E. coli’s role in biology and medicine, and the microbes that make vinegar.

All living things need nitrogen to survive. The element forms the structure of the proteins that keep us alive and the DNA that codes for them. Luckily, it’s also all around us, making up 78 percent of Earth’s atmosphere. But there’s a catch: most living things can’t use the nitrogen found in the air.

Nitrogen gas molecules consist of two nitrogen atoms connected by a triple bond, the strongest type of chemical bond. It requires lots of energy to break, and most living organisms don’t have the tools to sever it themselves.

And so, much of life depends on one group of microbes: nitrogen-fixing bacteria.

These so-called diazotrophs take nitrogen gas molecules and “fix” the vital element into ammonia, NH3, which other organisms can use. An enzyme called nitrogenase helps them make this transformation, though it still requires the input of plenty of energy.

To fuel nitrogenase, some diazotrophs consume organic matter in the soil. Others form mutually beneficial relationships with particular plant species. The plant provides a spot for bacteria to dock on its roots, sacrificing some of its carbon to feed the microbes, and in return receive a steady supply of nitrogen.

Without the natural action of diazotrophs, whether it be in the soil or in direct relationship, wild plants would not have enough accessible nitrogen to survive. This dependency affects the entire food chain: the protein plants produce using fixed nitrogen is consumed by plant-eating animals, which in turn yield this protein to carnivores.

But as the world’s demand for agricultural products has grown, the nutrients needed to grow all our crops has far outpaced the rate at which bacteria can enrich soils. By the early 20th century, humanity urgently needed an artificial way of fixing nitrogen.

The Haber-Bosch process was the solution. Chemists Fritz Haber and Carl Bosch invented a method of combining nitrogen and hydrogen gas at high pressure and temperature, breaking apart the nitrogen bond, and enabling the freed atoms to fuse back together as ammonia.

Today, the Haber-Bosch process produces around 160 million metric tons of ammonia every year. The majority becomes fertilizer, since 50 percent of the world’s food supply depends on ammonia-based fertilizer.

It’s also responsible for between 1 and 1.5 percent of all global carbon dioxide emissions every year, which is why some researchers are exploring ways to return to the biological fixation method, rather than continuing to rely on the mass production of fertilizers.

One potential avenue is breeding the bacteria to be more “promiscuous,” making them less picky about their choice of plant partner, explains Manish Raizada, an agriculture researcher at the University of Guelph in Canada. “There are opportunities to make [the bacteria] more compatible with more plant hosts,” he says. “We would call these elite strains. And these elite strains have been bred for traditional selection and breeding, they’re not GMOs.”

The microbes can also be modified to churn out more fixed nitrogen for their hosts. Because the energetic cost is so high, many nitrogen fixing bacteria will shut off if they detect sufficient ammonia in the soil. Researchers have targeted this negative feedback loop to keep that cellular machinery working even under ammonia-rich conditions through genetic modification.

While diazotroph-plant symbiosis is most common in legume crops like soybeans, there’s a growing body of evidence that suggests the bacteria are compatible with nonlegume crops like corn. A variety of indigenous corn grown by the Sierra Mixe people of Southern Mexico, for example, sports “aerial roots” contained within a pocket of mucus that contains nitrogen fixing bacteria and sugars to feed them. Researchers are trying to transfer this trait to fast-growing conventional corn, without sacrificing crop yield.

In the same family as corn, nitrogen-fixing bacteria also populate the stems of sugarcane and provide 60 to 80 percent of the nitrogen consumed by a given plant. As a result, sugar cane is a more sustainable source of bioethanol than corn since it requires less fertilizer input to grow, Raizada says.

With all of these potential modifications available, researchers are experimenting with adding one or multiple varieties of diazotrophs to soil to give the nitrogen supply a boost. But simply adding more microbes into the mix does little to boost crop health if the soil doesn’t have enough nutrients to feed the bacteria themselves, explains Lise LeBlanc, founder of LP Consulting in Nova Scotia, Canada, which specializes in researching and connecting farmers to sustainable waste-to-resource options.

Nitrogen-fixing bacteria and other hard-working soil microbes need to be fed in order to supply the elemental materials crops need to grow. Farmers must supply their microbial partners with a source of carbon biomass to keep them energized, and industrial waste is a good place to start. LeBlanc’s LP Consulting connects farmers with industrial partners looking to get rid of biomass-rich waste products. She says her team has worked with wood ash, biosolids, and waste from paper-making to date.

LeBlanc and her team also work with farmers to make sure they have the resources to properly use the waste products to their benefit. Simply dumping more nutrients onto the field doesn’t help if farmers don’t know how to properly distribute and maintain the recycled fertilizer.

Even with sufficient meals, the application of soil-enriching bacteria is still less reliable than chemical fertilizers. Bacteria are also very sensitive to changes in pH and temperature, which vary widely across a single field, so results are often inconsistent. Distances as short as one centimeter can separate entirely disparate soil universes, Raizada explains.

Bacterial solutions are more practical in environments where chemical fertilizers are easily purged from fields via heavy rainfall and weak soil structure. This typically happens on farmland in tropical and subtropical regions, where the rainy season is intense, and the soil has a weak, sandy quality that does not hold on to nutrients tightly.

Whereas chemical fertilizers are washed away, Raizada says, bacteria become fixed to the roots and stem, making them less susceptible to leaching out of the soil. “The bacteria that insert inside legume nodules are already inside the plant, they’re going to go directly inside the plant,” he explains. “It may be that in the tropics and subtropics, nitrogen-fixing bacteria are absolutely the way to go, compared to chemical nitrogen fertilizers.”

There are still hurdles to overcome in replacing industrially produced fertilizers with microbes, but promising work is being done to bridge the gap between the biology lab and the actual field.