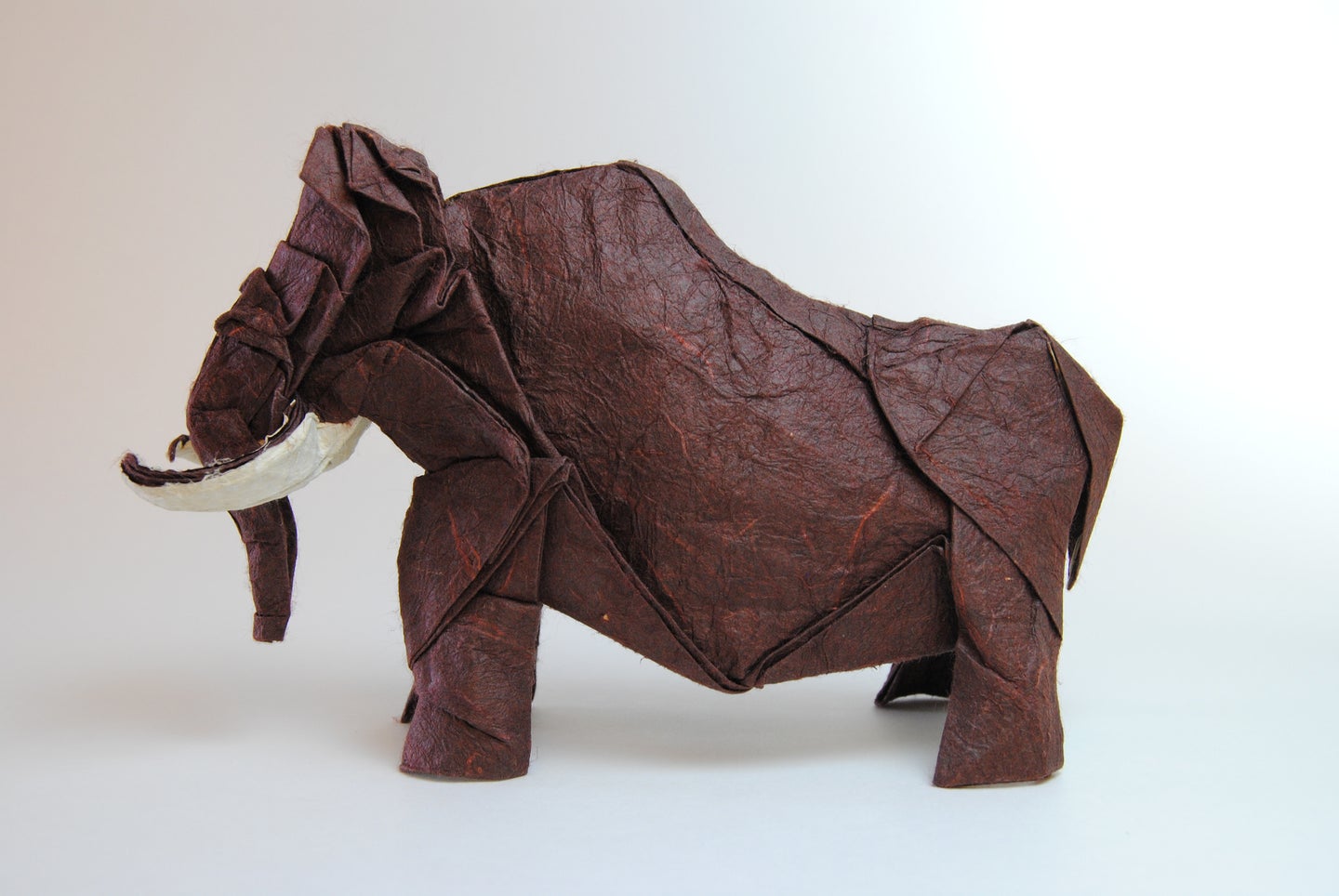 More men than women die of venomous animal bites. This is not because men are exposed to more dangerous animals at their jobs than women (the injuries tend to happen over the weekend), but rather because men do things like try to kiss rattlesnakes (#notallmen #butsomemen). Some people are simply socialized to do things that are, well, stupider.

Woolly mammoth guys might have lived riskier lives, too.

Much like modern elephants, mammoths had a strong matriarchal society. Adult females formed small groups with their children and some young males, but come maturity the boy mammoths typically left their female leaders. Sometimes they formed bachelor groups, but often they lived alone, wandering about with no guidance from their buds. And that made them more likely to fall into natural traps, like tar pits or thin ice.

Paleontologists hypothesized this idea to explain the fact that woolly mammoth fossils from Siberia are disproportionately male—69 percent, to be exact. They published their results online Thursday in the journal, Current Biology.

Before they landed on their bachelors for life theory, the researchers thought that maybe male mammoths just travel more. Lady mammoths are tied down with the kids, who don’t walk as far or as fast, so maybe the boy mammoths just had more opportunities to fall into traps. But they realized that if that were true, then woolly mammoth populations with smaller ranges should have less of a disparity between the sexes in their fossil records. Afterall, with limited space, the male and female ranges should be similar. So the paleontologists looked at two separate populations, one in Siberia and one on Wrangel Island in the Arctic Ocean. If the travel theory were true, the population on the island should have more even death rates than the one in Siberia . But they didn’t. Male Wrangel mammoths were still overrepresented.

The social order hypothesis just made more sense, they concluded. Males aren’t just traveling more, they’re traveling more unaccompanied, and without the shared knowledge that comes with living in a group. The effect is probably more pronounced in mammoths that other matriarchal species because much of our fossil record for them comes from tar pits and sinkholes, where large mammals were likely to die instantly and remain well preserved. Mammoths that died of natural causes would have decomposed and in all likelihood would not have survived the intervening millennia.

Woolly mammoths aren’t the only ones with this gender divide. The extinct horse Equus occidentalis also had a matriarchal social order, and young males tend to be overrepresented in the fossil record. But predominantly female groups aren’t necessarily protective. Bison actually had the opposite pattern. There are twice as many lady Bison bison remains as male in the La Brea tar pits. We know that the giant creatures roamed in groups of females and calves, and that they often migrated together, so it’s possible that these predominantly female wandering troupes were more likely to run into traps.

In some ways, this male-female divide is just a quirk of the fossil record, but without context, it has the potential to bias data. If paleontologists assume a 50/50 split and then estimate something like body size or diet based on that assumption, the results would be biased towards male habits. Body size, for example, is sexually dimorphic for a lot of mammals. If the average femur size in the male-skewed fossil record is used to estimate height, the calculations will be abnormally high because there are too many tall males in comparison to short females.

And in the midst of all this scientific bias and evolutionary theorizing, it’s hard not to feel a little bad for those mammoths. The poor young males were wandering about falling into tar pits and slipping through thin ice, dying horrible deaths all alone in the wilderness. The patriarchy may be a scourge, but perhaps the matriarchy isn’t any better. Just think how much better mammoth lives—and the fossil record—would be if every creature could be wholly inclusive.