See it with butterfly wings. 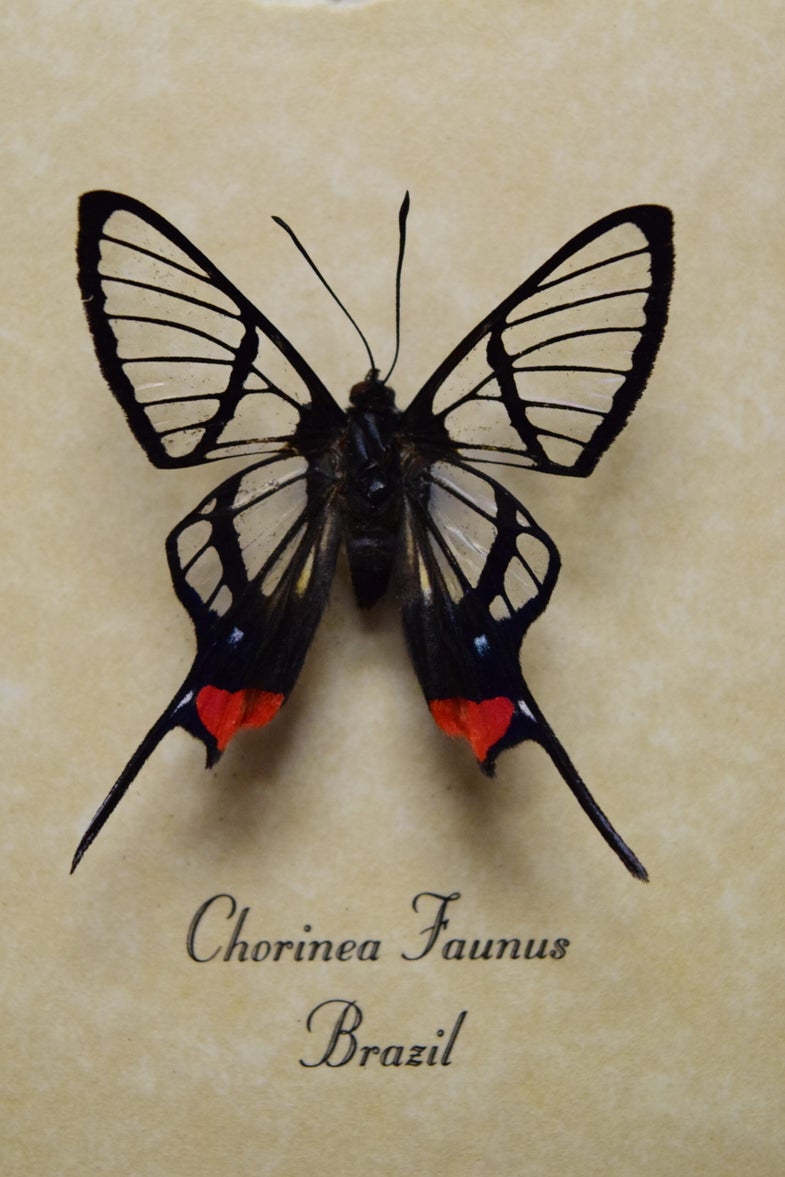 To stay hidden from predators, the long-tail glasswing butterfly relies on a pretty unusual type of camouflage. Patterns of tiny bumps on this South American butterfly’s wings allow it to appear completely transparent. Now, engineers have mimicked these nanostructures in an eye implant for people with glaucoma. By scattering light like the butterfly wing does, this implant could give accurate readings of the fluid buildups that can eventually lead to blindness.

Glaucoma, a group of eye diseases that damage the optic nerve, causes irreversible blindness in around 5 percent of cases. Although doctors measure eye pressure when people come in for checkups, it can fluctuate dramatically between visits, or even over the course of a day.

“There’s times when the pressure really spikes,” says Hyuck Choo, a medical and electrical engineer at the California Institute of Technology in Pasadena and co-author of a study published Monday in Nature Nanotechnology. “It seems that’s when the damage is being done to the optic nerve.”

There are medications that reduce pressure in the eyes, but knowing exactly when to take them could give people a better shot at avoiding vision loss. “They must be able to monitor this pressure round the clock, 24 hours a day,” Choo says.

He and his colleagues are working on eye implants the size of a sesame seed that would reveal changes in pressure when a light is shined on them. The implant is built from a flexible membrane stretched over a mirror with a small empty space in between. When pressure inside the eye increases, the membrane bends. This makes the gap narrower, changing the wavelength of reflected light. The goal is for people with this implant to be able to use the light from a cell phone to track eye pressure from their own homes.

Until now, however, the implant could only give accurate readings if the light and pressure-reading device were held directly in front of the eye. This won’t work for people with shaky hands, Choo says. “The patient must be able to make measurements easily, instead of going through this tedious optical alignment procedure.”

The glasswing butterfly’s wings offer a way around this problem. Like other insects with transparent wings, it has dome-shaped structures arranged in patterns that allow light to pass straight through instead of being reflected back. But the long-tail glasswing butterfly also uses a second, more unique trick to make its wings clear. On the part of the wing closer to its body, the nanostructures are spaced farther apart. This arrangement scatters visible light in all directions, no matter what angle it came from. It also reflects UV light, which may be a way for the butterflies to signal to mates while staying concealed from some predators.

Choo and his team made implants with similar patterns of bumps coating the bendy membranes and tested them in rabbits. The butterfly-inspired implants were about three times more accurate than those with flat membranes. They also made checking eye pressure easier; the scientists didn’t have to be quite so careful about shining the light from precisely the right position. Since the nanostructures in the implant scattered light everywhere, some of it would still be shot back at the correct angle to reach the handheld reader.

Choo and his colleagues also tweaked the shape of the nanostructures to give the implant a longer lifespan. When the body senses a foreign object, it grows a layer of tissue to wall it off, a bit like how an oyster makes a pearl. Nanostructures like those on actual butterfly wings would be pointy enough to puncture these cells, possibly harming the eye, says Radwanul Hasan Siddique, another member of the team.

But by using gentle bumps to create a slightly rough surface instead of a smooth one, the implant makes it more difficult for the body’s cells to get a grip. When the researchers checked the rabbits’ eyes after a month, they found that tissue hadn’t grown over the pebbly implants.

The implant could be ready for testing in people in three years. In addition to warning of dangerous spikes in pressure, the devices could also help doctors collect information about how a patient’s eye pressure varies over time so they can tailor treatments to be more effective, says Choo.