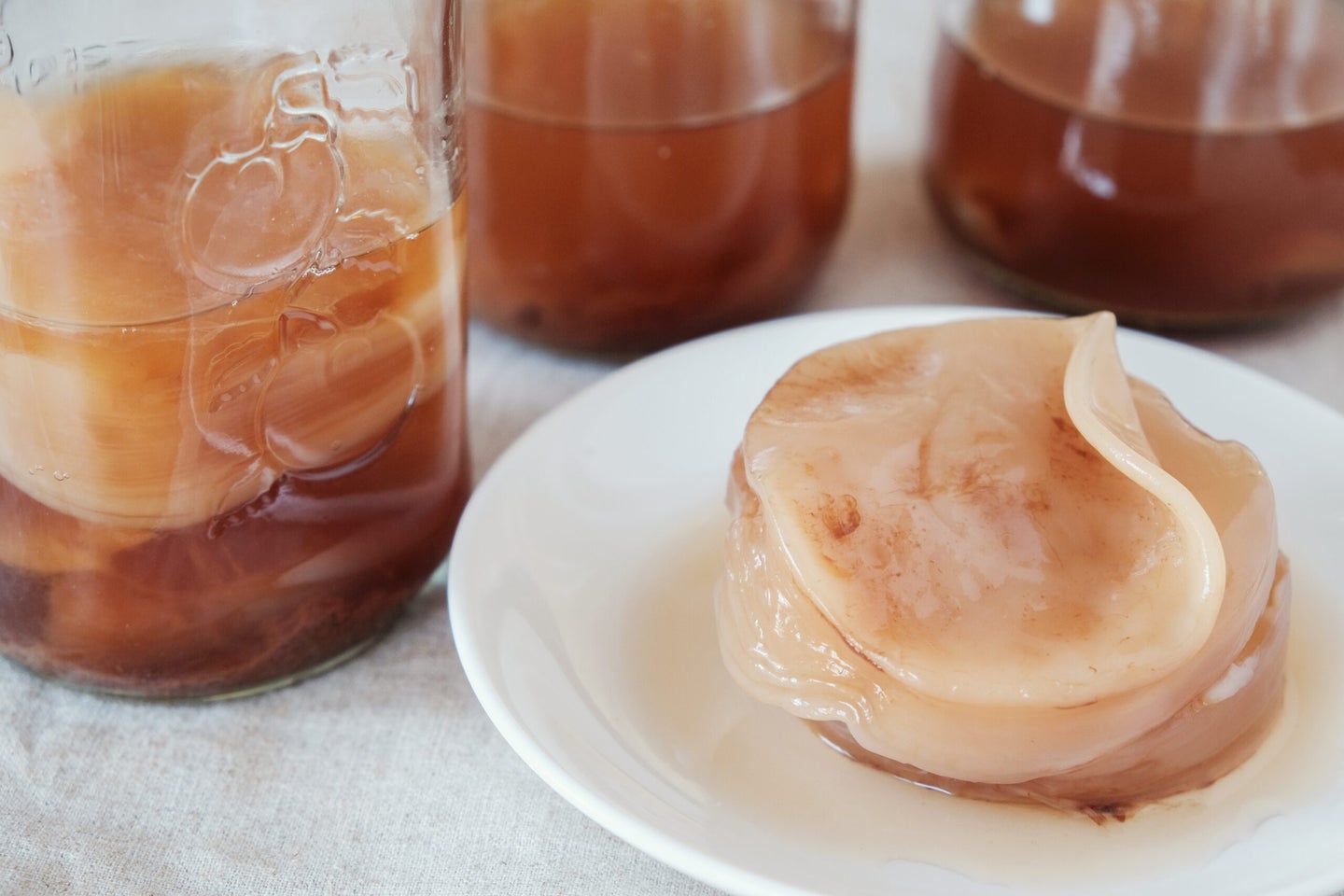 If you’ve ever tried making kombucha tea at home, you’re likely familiar with the SCOBY, or symbiotic culture of bacteria and yeast. SCOBYs are the fermentation powerhouse of the age-old Chinese drink—but as it turns out, that floating, slimy substance might also hold the key to cleaner water.

The World Health Organization estimates that contaminated drinking water causes 485,000 deaths globally each year. Clean H2O is also not a given across the US, as shown by the long-running Flint water crisis. As one potential solution, experts from Montana Technological University and Arizona State University repurposed SCOBYs to see if they could work as effective, sustainable filters. Their results were published in the American Chemical Society journal ACS ES&T Water in December.

First, the researchers grew a thin SCOBY to create a living filtration membrane (LFM) from bacterial cellulose and microorganisms typically native to kombucha. According to the authors of the paper, “all materials for producing LFMs out of bacterial cellulose are not only inexpensive and widely available, but also biodegradable and safe for human consumption.”

The LFM could be an alternative to commercially made filtration membranes, which often get clogged when microorganisms living in water attach to the pores as biofilms, or communities of bacteria. They will produce residue even if the water has been pretreated with chemicals to remove harmful materials. Biofilms form dental plaque and pond scum, but they can also create beautiful, tie-dye formations and protect shipwrecks from deteriorating. Researchers are developing solutions to avoid or treat this so-called biofouling, but the paper’s authors say they are often complicated, expensive, and require a lot of chemicals. Past research has shown LFMs to be effective at filtering out hazardous particles while also being less expensive, more sustainable to produce. In this case, the researchers wanted to know how effectively they resist biofouling while still filtering freshwater reserves in the US.

[Related: Simple filters made from conifer trees could have a huge impact on the clean water crisis]

The researchers tested the LFM against commercially made filtration membranes on pretreated water from three municipal sources in Montana. Membranes that have rough, hydrophobic surfaces have been shown to clog more easily, so the researchers thought the LFM would be more susceptible to biofouling than the commercial membranes.

But after looking at the data from the experiment they found the opposite. Both the LFM and commercial membrane eventually clogged up and developed biofilms, but the LFMs still filtered water 19 to 40 percent faster than the commercial membranes, What’s more, the SCOBY derivatives had fewer microorganisms in their biofilms.

The researchers attribute this to a native bacteria called Acetobacter: It comprises 97 percent of the LFM called Acetobacter and exists in high concentrations in kombucha SCOBYs as well. Acetobacter is known for producing intense levels of acetic acid, which is known to have antimicrobial properties. (The vinegar in your kitchen contains 4 to 8 percent acetic acid—that’s why it makes such an all-powerful cleaning agent.)

The researchers hope that LFMs can provide a sustainable, easy-to-make alternative to other water-filtration devices. However, it’s important to note the experiment used chemically pretreated water, and that research on LFMs is still young. So please, don’t take a SCOBY on your next backpacking trip unless it’s adding some fizz to your tea.